Family Heirloom Weavers is a niche market catering to people who decorate their homes in the colonial style.

Patrick once told me he isn’t sure what will happen to the company once he’s gone as he doesn’t see all that many younger people in the area interested in learning a craft that is, when you get right down to it, tough, dedicated work.

But, what if you are a younger person (or an older person) who wants to learn such a thing as how to become a weaver. Could you? And how would you go about it? 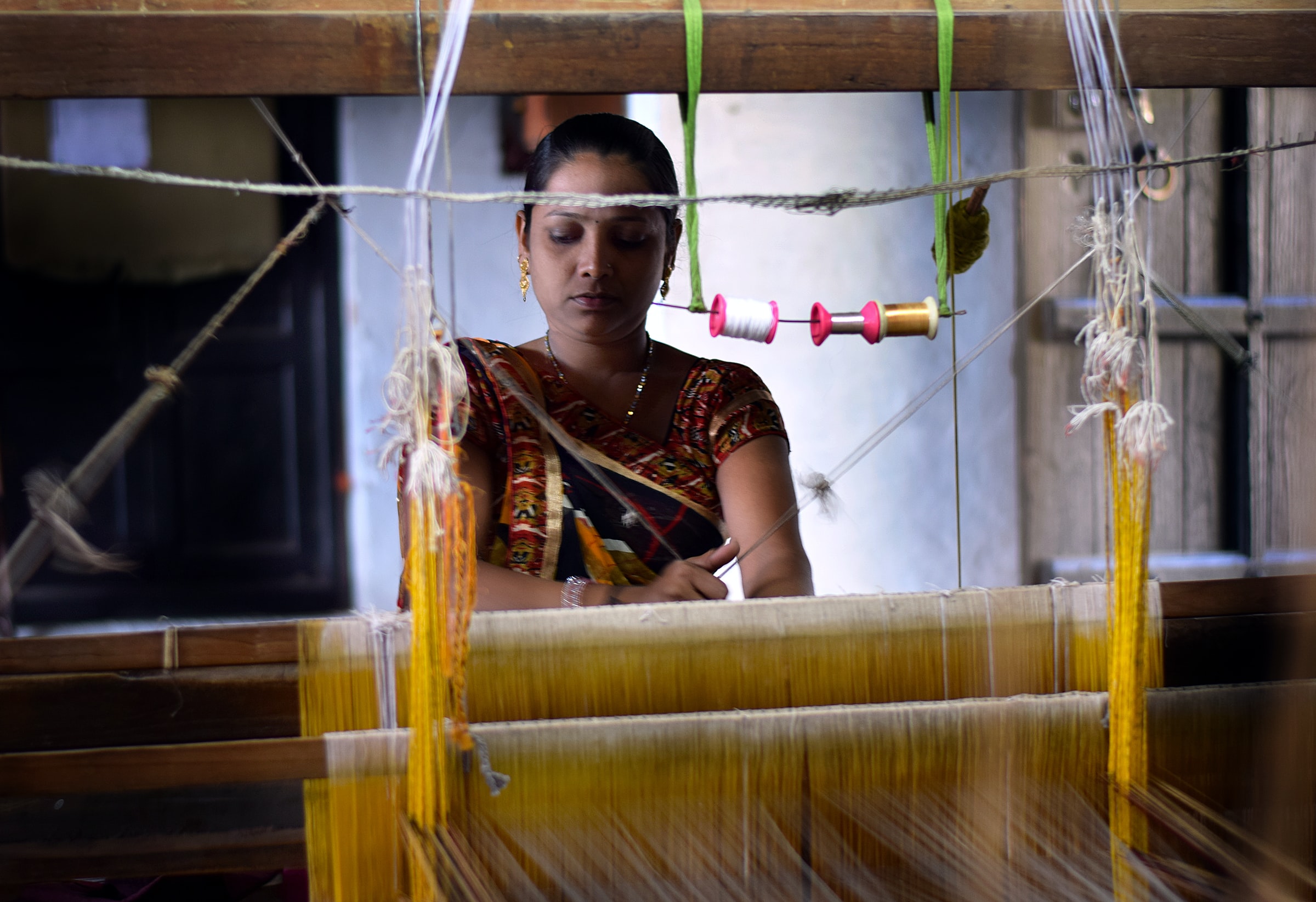 First things first, of course: What exactly is weaving?

Simply put, weaving is the process of passing a thread over and under another thread. What kind of thread you use and how tightly the threads are woven vary according to what you are making.

A loom, as you probably know, is a contraption used to weave. Its basic purpose is to hold the warp threads under tension so that you can easily interweave the weft threads.

Warp and weft refer to the positions of the threads. The weft (sometimes called woof) is the thread or yarn that is drawn through and inserted over-and-under the warp.

The warp yarns are the lengthwise threads that are held in tension on a frame or loom.

On a roll of fabric, warp is the lengthwise thread, while weft is the transverse thread.

There are four main processes involved in weaving. 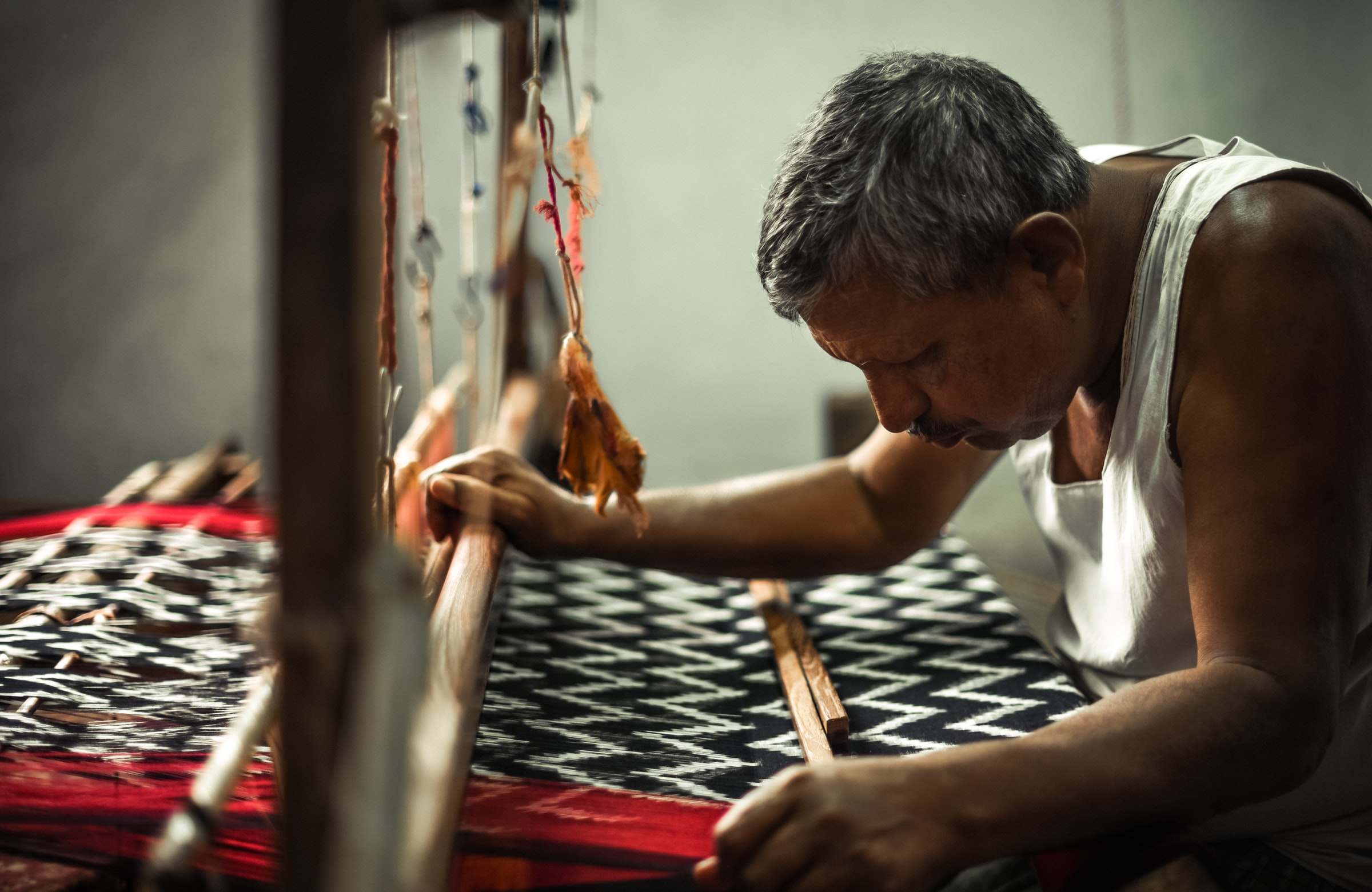 The shed is the temporary separation between upper and lower warp yarns. The shed makes it easier to interlace the weft into the warp. On a loom, you can separate the warp into two layers by lifting and lowering the shafts to form a “tunnel” through them.

Picking is what you call passing the weft yarn across the warp threads.

This is the step where you push the newly inserted weft yarn back into the fell, against the rest of the inserted yarns, using the reed.

The harder you push them together, the thicker your finished fabric will be.

This refers to the woven fabric as it is wound onto a cloth beam so that you can continue weaving without the finished material getting in the way.

Hand weaving looms are still made today and come in a large variety of styles. You can get small ones – just a couple feet wide by a couple feet long.

But, if you really want to get into the trade of weaving fabrics and tapestries, you’ll want to find a larger floor or table loom.

Large looms are not cheap, however.

Yarn.com has a variety of them available ranging from $1700.00 up to $17,000.00. The most expensive ones are the computerized ones (which, if your intent on weaving the old fashioned way, you probably don’t want anyway.) 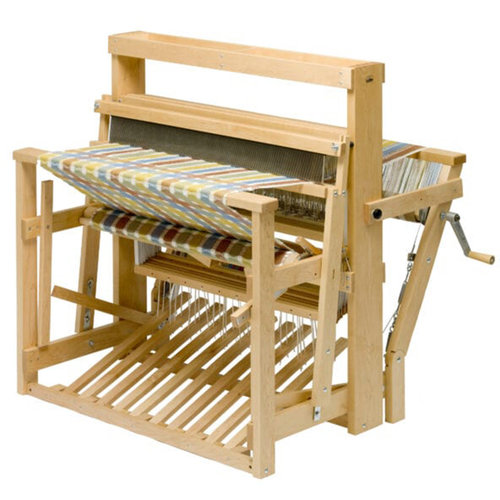 The Woolery has a larger selection and also sells spinning wheels and spindles. And there is, of course, everyone’s favorite online warehouse of seemingly endless antiques, Ebay, where you can probably find a vintage loom that still works. 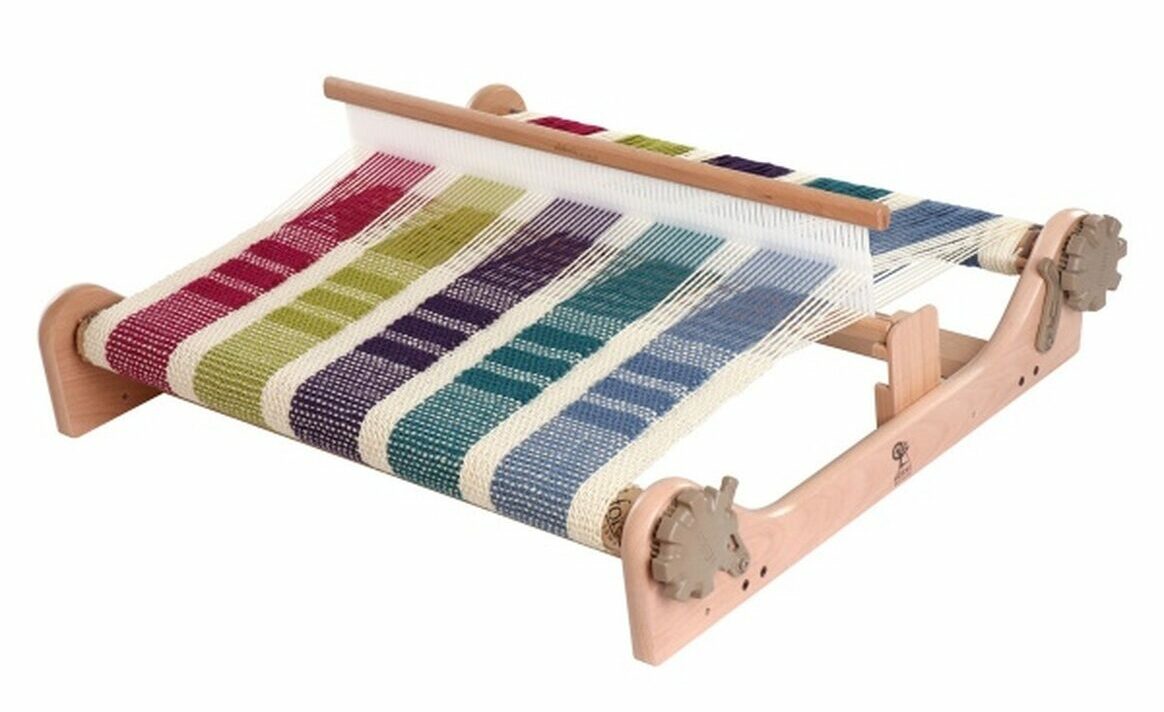 Learning How to Weave

If you’re interested in learning from a teacher there are, interestingly enough, schools devoted exclusively to the art of weaving.

Madelyn van der Hoogt opened the The Weaver’s School in 1984 in Fayette, Missouri.

She held her first classes in an old farmhouse where the students also slept and ate. In 1990, Madelyn was able to expand the school and, in 1993, she moved the whole operation to Whidbey Island in Puget Sound where it remains today.

The Chicago Weaving School is, as the name suggests, in Chicago. Its run by Natalie Boyett.

There are certainly other such schools out there too but, if you want to learn the way people used to learn in olden times, you really need to go and find yourself someone who is still weaving and creating and selling their products and convince them that they should take you on as an apprentice.

I make a significant portion of my living as a tailor, pattern maker, and milliner. I didn’t have a traditional modern education or training in any of those things.

What I did have, was a mentor, who I assisted for almost ten years.

He taught me pretty much everything I know and, what he didn’t teach me, he showed me how to learn and figure out on my own. Nothing compares to learning in this way.

My mentor, Jorge, was an artist, and a true craftsperson. He taught me things they no longer teach in fashion or costume school, things that people only learn from a lifetime of doing.

If you can, find yourself a weaver to learn from so you can become one of those people who can “make things like they used to.”