The history of cranberry glass is largely unknown, but there are a few different origin stories, each as likely as the other.

No matter where it came from, we know what it is and how it’s made. The materials used to make the glass are what make it so valuable, so if you have a piece like this in your collection, you’re very fortunate.

What is Cranberry Glass?

Cranberry glass is a type of glass that’s cranberry in color. It’s also called gold ruby glass. It’s made by adding gold salts to molten glass. Sometimes colloidal gold was used instead. The gold in the glass is what gives it its color.

Sometimes tin is added in very small amounts to act as a reducing agent. Because the gold was expensive to acquire, the glass was always hand blown or molded and never mass produced. It was generally used in expensive decorations rather than regular, everyday items.

It’s often difficult for historians to pinpoint exact dates and origins. In looking back through centuries of old information, there are conflicting stories as well as confusing data, and this is often true for a lot of our most popular antiques.

There’s one legend that says this type of cranberry class was discovered when a noble tossed his gold coin into a mixture of molten glass. Whether it did it by accident or on purpose, no one knows.

However, we can assume this legend is likely untrue, because modern science tells us that the gold has to be dissolved in aqua regia first before adding it to the molten glass. 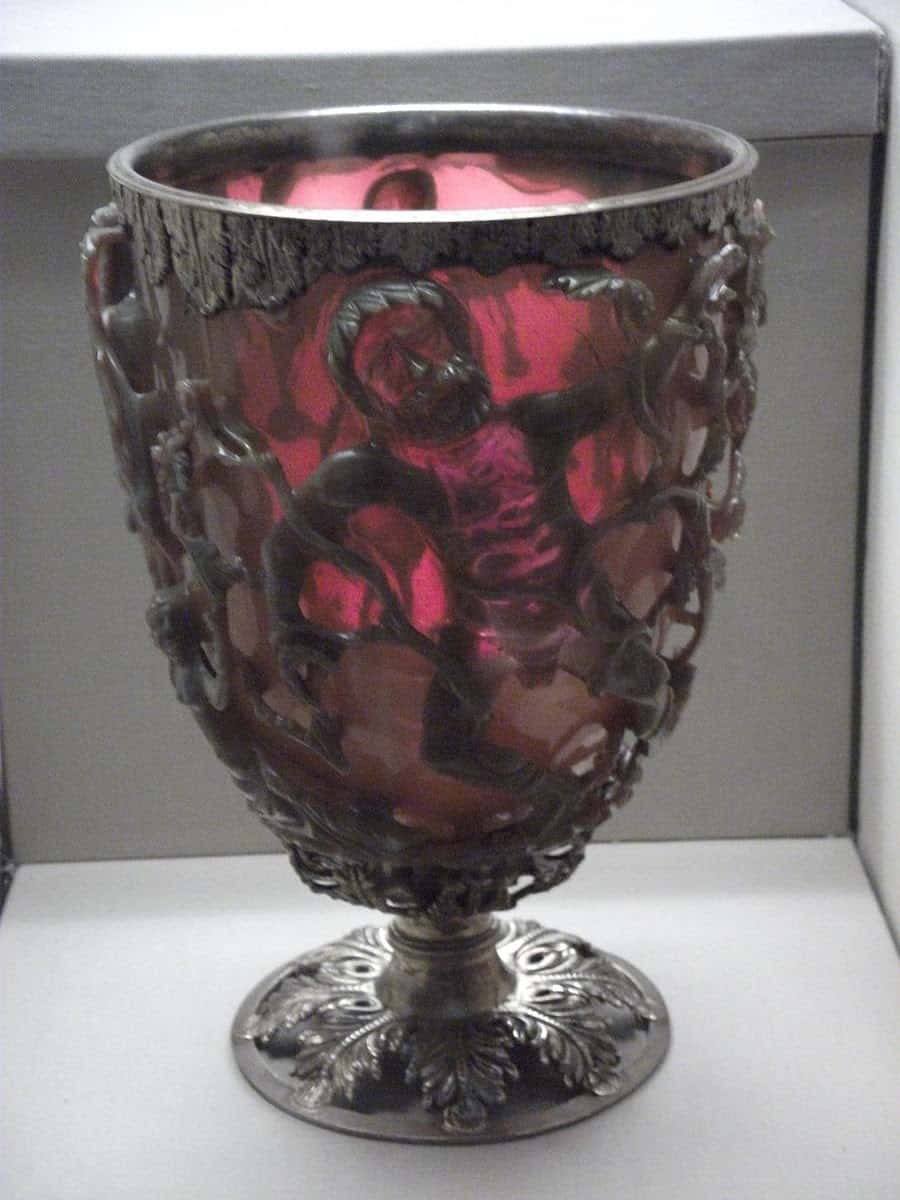 We know that no matter which of the following stories is true, cranberry glass dates back to the Roman Empire. On display at the British Museum is a 4th century Roman glass cage cup called the Lycurgus Cup.

It’s made of dichroic glass and shows a different color based on how light is either being passed through it or reflecting off of it. When it’s lit from behind, it looks red thanks to the gold salts in the glass, but when lit from the front, it looks green because of silver salts.

While this particular cup is considered a cousin to cranberry glass because it added much more gold chloride (and silver) to the glass to deepen the color, it’s essentially the same process.

Our first origin story comes from 17th century Italy, where an Italian glassmaker named Antonio Neri figured out that he could create beautiful red glass by adding particles of gold dissolved in aqua regia to molten glass.

While he had discovered how to make the red color, he didn’t know why the gold turned the glass red.

The second origin story, equally as likely as the first, goes like this: A man from Potsdam named Johann Kunckle rediscovered this cranberry glass technique after it had been lost for hundreds of years, although he never could figure out why the gold made the glass red, either.

A third story involves how the recipe for the glass had been lost for centuries and finally rediscovered in the 17th century by the people of Bohemia, after the Venetian glassmakers had tried for years to make the glass, but were unsuccessful.

It wasn’t until the 20th century that anyone really understood the chemical reaction that happened to turn the glass red.

Richard Adolf Zsigmondy was a chemist who won the 1925 Nobel Prize in Chemistry. He understood and explained that the small colloids of gold produced a reaction in the molten glass that made it turn red. 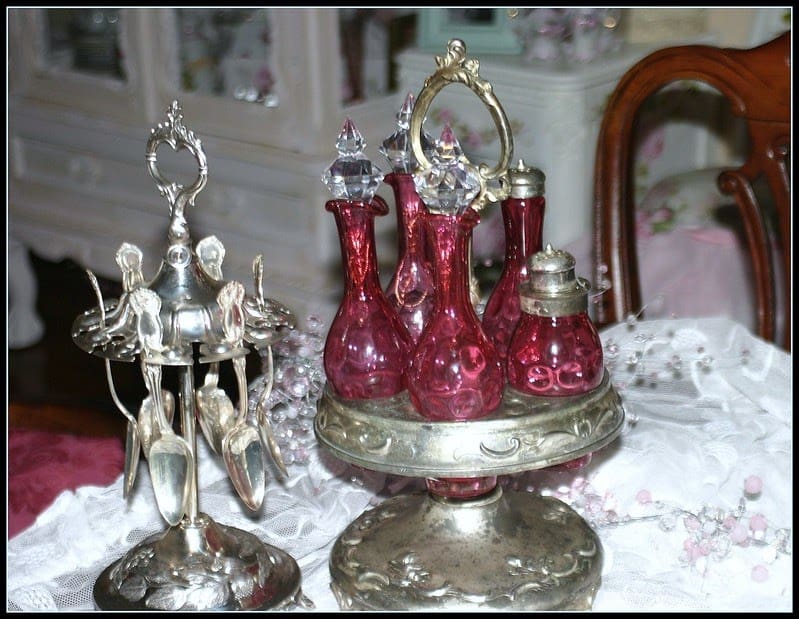 The Victorian Era is when cranberry glass was most popular. During this period, glassblowers were able to refine the process and started making many more styles. They crafted tumblers, pitchers, decanters, and much more.

Some of the most valuable items include lamps and lighting fixtures. They’re very rare and hard to find because they were so expensive to make.

Newer reproductions are much more plentiful and easier to come by. We see a lot of this type of glass depicted in stage productions or on the big screen, because it’s one of the most recognizable items of the Victorian Era.

Whether the piece is old or new, it’s usually easy to figure out whether or not it’s a quality piece.

In the Victorian Era, manufacturers rarely marked their work, and these manufacturers have long since gone out of business, so it may be tough to figure out who made it.

The tradition of leaving these items unmarked continues today.

There are several things to look for when insuring your cranberry glass is authentic:

Many true cranberry glass pieces will set you back a few hundred dollars. However, you may find smaller, more simple pieces for less. Those with more detail will be priced higher, whereas those with imperfections will be cheaper.

Very large, ornate pieces like hand painted vases or large centerpieces may even go for $1000 or more.

There are a wide variety of cranberry glass designs out there, so there’s something perfect for every collector. While deciphering old from new can be difficult, they’re all very beautiful pieces with an interesting history.