For wine and liquor enthusiasts, using a decanter is often the preferred way to serve their drink of choice.

A decanter is a decorative vessel for serving and storing alcohol that, due to its shape, expands the surface area of the liquid, allowing it to interact with air and reach its full flavor potential.

But decanters are not a new innovation.

In fact, they have a very long history as the vessels of choice in our global drinking culture.

The Origins of Decanters

Wine vessels dating back a couple of thousand years were made from earthenware, bronze, silver or gold, as were the goblets used for drinking. 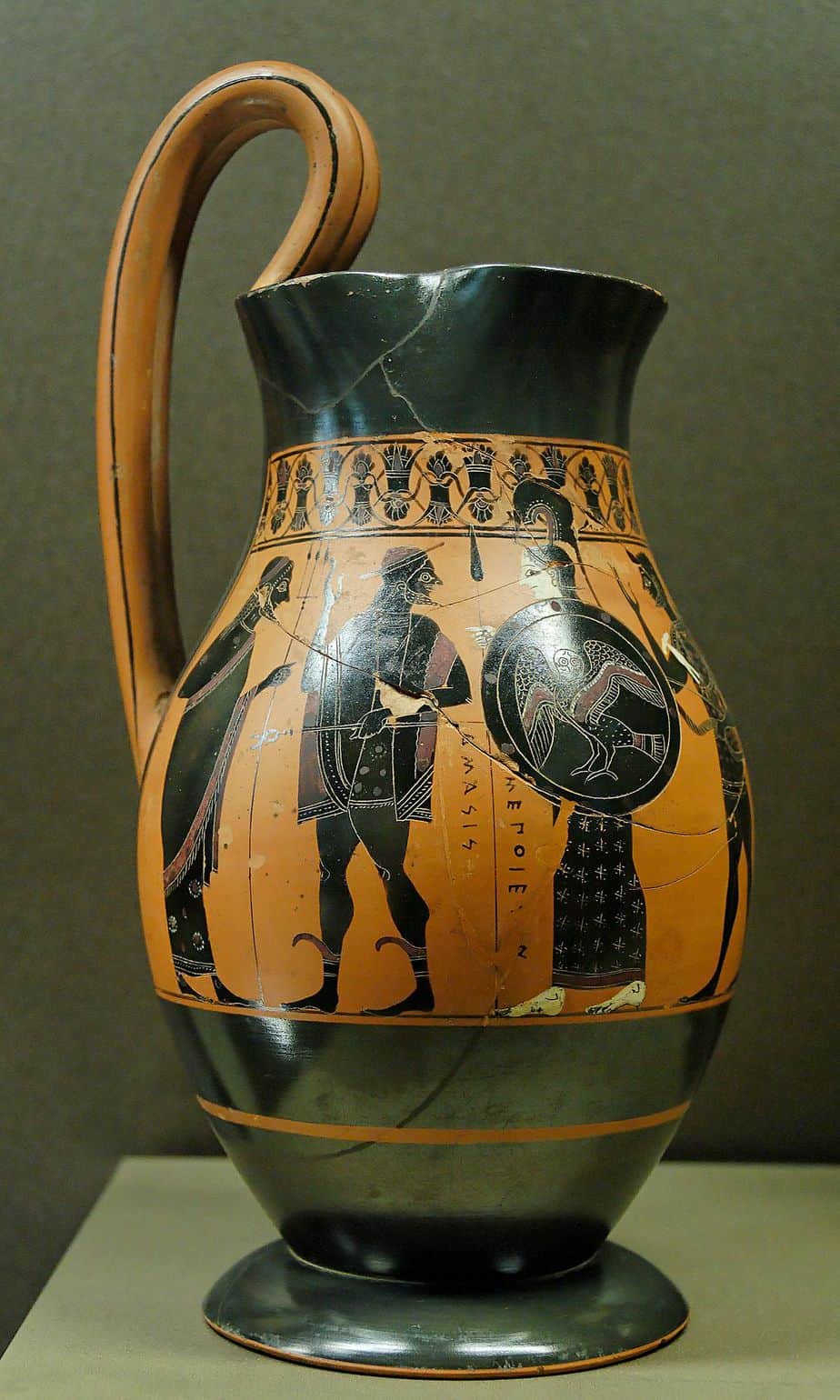 A famous large Greek wine vessel, thought to be 2500 years old, was returned to its homeland in 2008, after being displayed at the Metropolitan Museum of Art for more than 30 years.

Although glass vessels were known during Roman times, it was not until the Venetians perfected glassblowing as an art form during the Renaissance that the use of glass vessels gained favor for wines and other liquids.

Since then, however, the popularity of large glass vessels, wine decanters, bottles and drinking glasses has never again waned.

In the 17th Century, it became the custom to pour wine from its original bottle into a serving jug or other container before serving.

Prior to that time, it was served straight from the bottle. But the process of decanting helped to rid the wine of any sediment that collected during the aging process.

Decanting became a tradition that saw its height in England in the 18th Century, then spread across the empire and to the colonies, and throughout Europe.

Stoppers, when introduced in about 1730 by British glass makers, limited wine’s exposure to the air during storage, and “common” bottles of wine all but disappeared in “proper” homes. 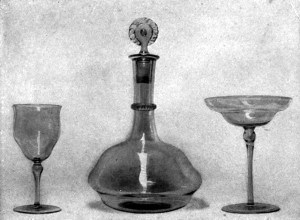 Public houses and drinking establishments kept wine in glass bottles, and filled pitchers or decanters from aging barrels and casks.

Over time, when staff was relegated to the kitchen, dining customs dictated that the wine decanter was to be passed around the table, each guest serving himself.

Established convention governed the serving of different wines and spirits, including aperitifs and cordials, and appropriate decanters were prized by upper class society, not only for red wine, but for other types of spirits, including rum and whiskey. 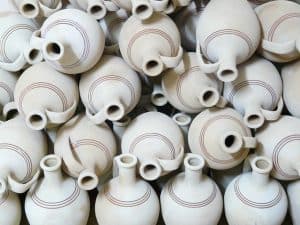 By the beginning of the nineteenth century, pottery was also a thriving industry, and ceramic containers, including bottles and decanters that were both serviceable and decorative, came into use; some distillers today still produce commemorative decanters and jugs on a regular basis.

Today, while fine red wine is still most often decanted into clear glass or lead crystal, decanters for whiskey, bourbon and a variety of liqueurs are just as apt to be distinctive ceramic vessels, sometimes proprietary to specific brands.

The popularity and regular use of crystal decanters, however, has declined as the pace of life quickens and occasions for leisurely dining, particularly at home, dwindle.

Expensive restaurants across the globe will still decant red wine in order to allow it to “breathe,” but decanters are largely decorative items today, rather than necessities.

Lead crystal decanters are the epitome of quality and price, with a clarity and sparkle that showcases the true color and character of wine, particularly red wine. 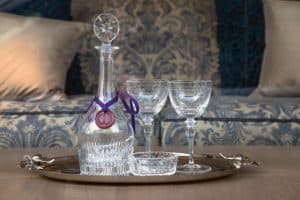 Decanter sets meant to keep a variety of spirits, are often embellished by silver tags or bear etched labels to identify the different contents.

Other serving vessels, including claret jugs, carafes, water pitchers, cruets, bowls, wine glasses of all shapes and sizes, highball glasses and cordials are often produced in the same patterns and coordinated sets of crystal were often the mark of an upper class household.

Even a single crystal carafe or decanter was considered a prized possession.

A complete set of Waterford Crystal, or vintage Lalique, St. Louis, Baccarat, Orrefors and other lead crystal can run thousands of dollars.

Collectible antique crystal, while still popular in some circles, has dwindled in popularity in the past two or three decades.

China, crystal and silver no longer have widespread appeal for young families, largely due to the price and to the growing informality of modern life. 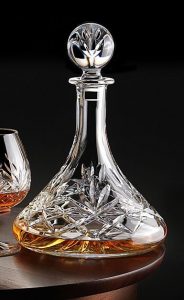 Traditional wedding and anniversary gifts of china and crystal have been replaced by more practical and usable gift options. Even inherited pieces are not the same treasured antiques they once were.

Some modern artists and trendy glass companies produce contemporary decanters that are as beautiful as they are functional, and they are sometimes considered design icons or art pieces in their own right. Respected names include Riedel, Nachtmann, Fusion and Zalta.

Some of the designs are stunning and innovative; others rely on historical design for inspiration. While there may not be a fine crystal decanter for wine or for other spirits in every home today, they are not likely to disappear entirely from use.

The history of decanters is fascinating, and true connoisseurs will argue that a fine decanter enhances not only the pleasure of drinking, but even improves the taste of the wine.

Sailing ships of yesterday were apt to carry crystal decanters on board for the sipping pleasure of the captain and ranking officers, and formal nights on board modern cruise ships, with dress and service to match, hark back to those times.

At the height of the British empire, officers (and gentlemen!) posted to foreign lands brought with them travel set of decanters and glasses, sometimes housed in personal chests and footlockers or hidden away in elaborate unique cellarettes.

Today, these examples of a bygone era are rare and prized by collectors, even though their design may be quite basic.

Collecting requires some basic knowledge, but if you’re interested in decanters and their history, there is a wealth of information available.

The best advice is to buy only what you love!