Navigation can be pretty tricky. Considering how many people can get lost in a parking lot, just think how much harder it was for people to traverse unknown lands or travel from town to town before GPS.

Compasses, telescopes, sundials – most people brush these aside as tools of the past. However, many might be surprised to learn that these ancient navigational instruments are still in use today.

Below you’ll discover some of the most crucial navigational tools that are still relied on in modern society.

If you can’t get a signal, this older tech might keep you from getting lost. 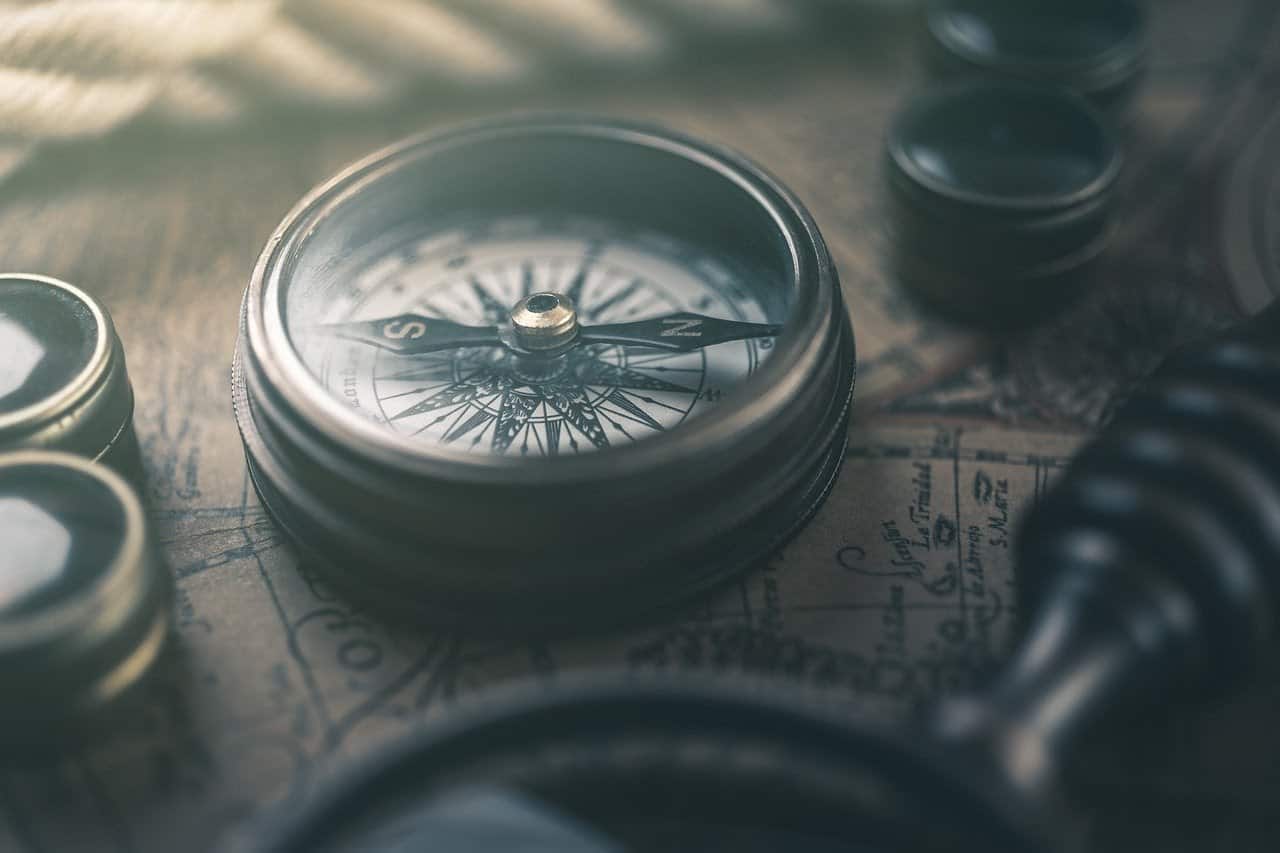 The magnetic compass was first created in China, thought to be as early as the 3rd century BCE (Before Common Era). However, it wasn’t used for navigational purposes for at least a thousand years, instead used for spiritual rituals.

The compass was usually a piece of lodestone or magnetite, a type of iron ore with magnetic qualities.

If the lodestone was allowed to spin freely, it would spin to align with the Earth’s magnetic field.

Interestingly, these early compasses (made in the shape of a ladle or spoon on a bronze plate decorated with the cardinal directions) pointed towards the Earth’s Southern Pole, instead of those today which point to the North Pole. 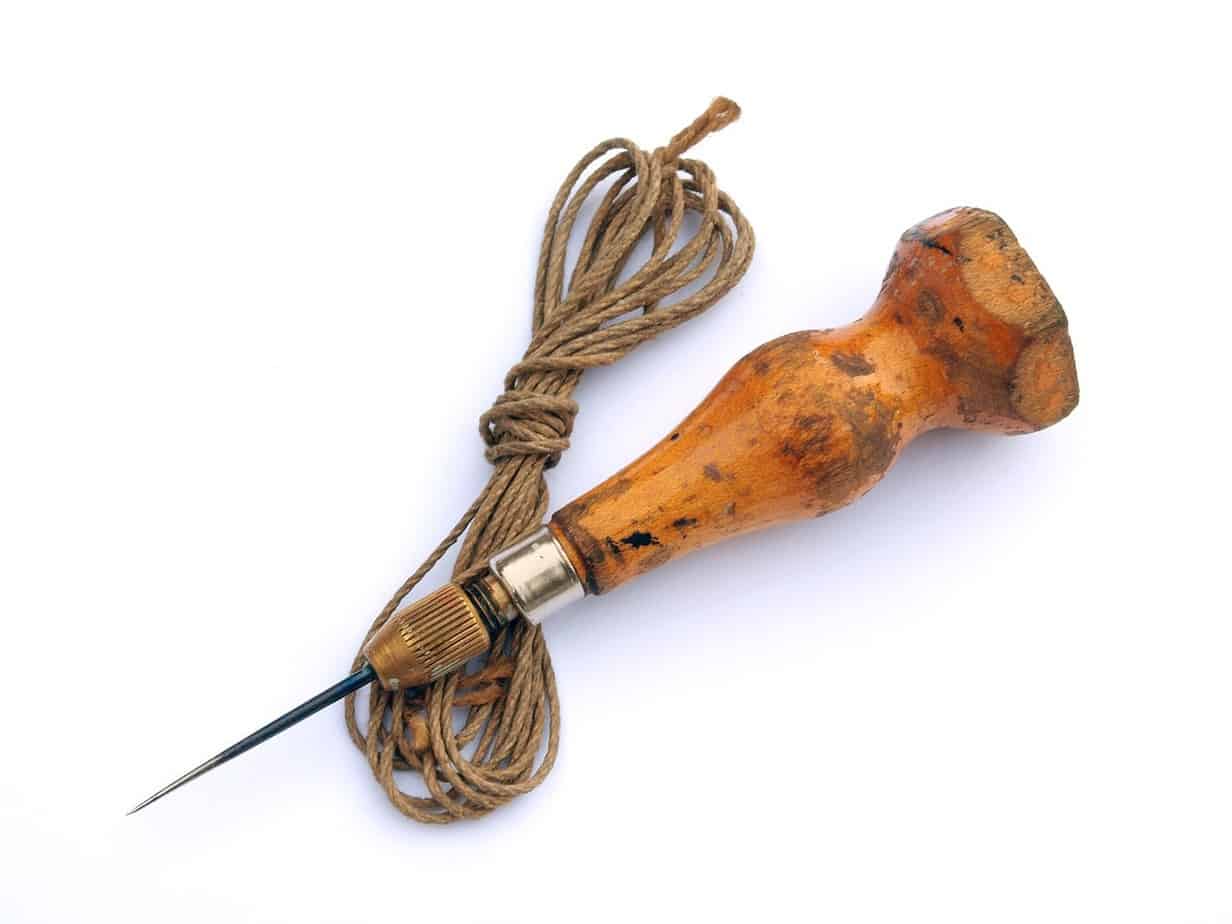 A hollow lead weight on a length of rope may not seem like much of a tool, but ancient sailors would lower the line and determine the depths of the water they were in.

A ball of animal fat in the weight would also bring up material on the ocean floor, allowing them to determine their location from the dirt or sand they brought up.

Ancient Egyptians used these lead lines to measure the depth of their water route, usually the Nile. This was especially useful because the Nile experienced seasonal floods, so the depth of the river changed periodically.

Lead lines, and their more modern cousin the log line, are still useful for rivers and waterways that experience unpredictable or seasonal changes to their depth.

A more contemporary example of this is the Mississippi River.

In fact, the likely familiar, if apocryphal, saying “by the mark, twain” is a steamboat term that meant the depth of a river was exactly two fathoms, or twelve feet, deep.

Most steamboat folks wouldn’t bother with such flowery language and just said “by two” or some such variation. 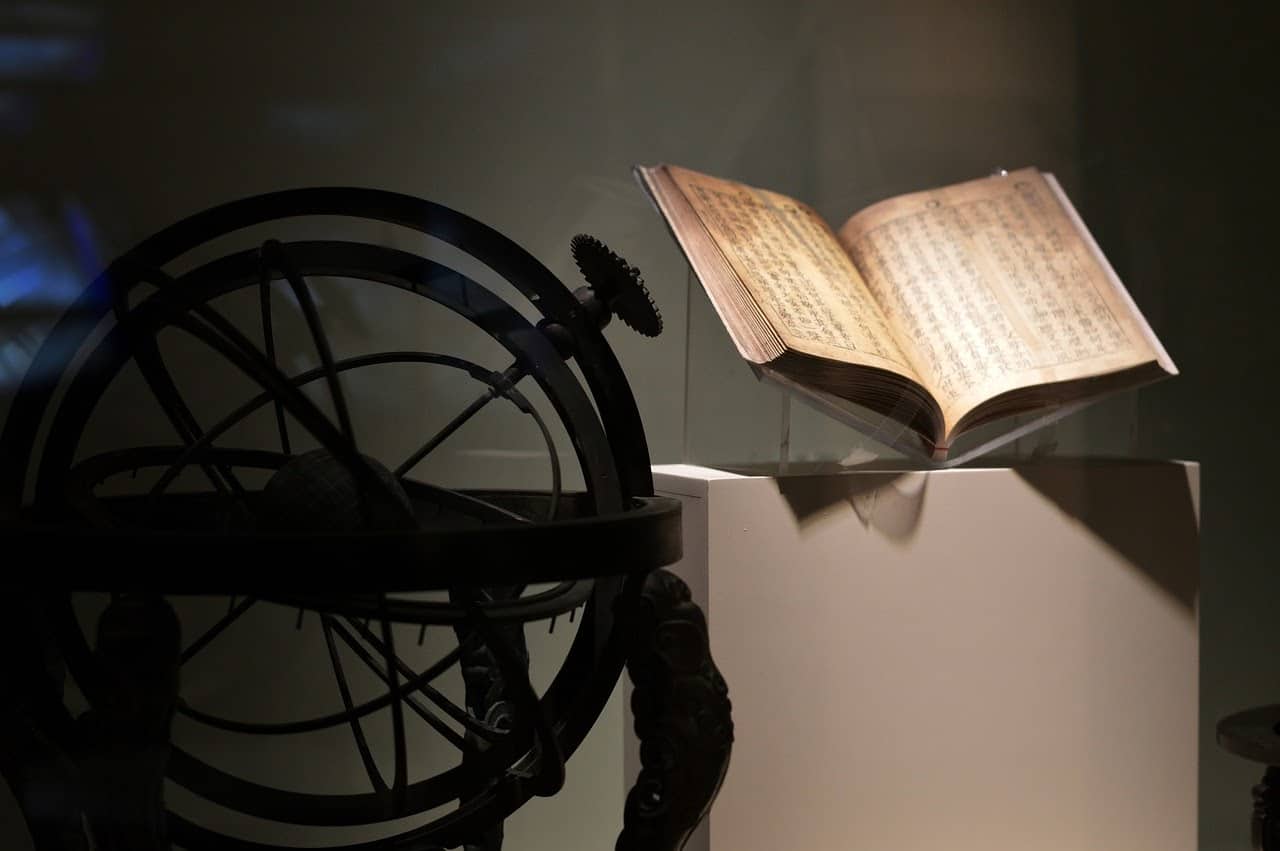 Another ancient instrument used for navigation is called the astrolabe.

It is not entirely known where the origin from the astrolabe is from, but it came into use during the Roman Empire and was used by the great Muslim scientists and Europeans alike for many years.

It is even still in limited use today, as it is still accurate – and most people taking up astronomy as a field of study learn how to make them as part of their curriculum.

It was claimed to be invented by a woman named Hypatia from Egypt, who was a philosopher and mathematician.

The name of the astrolabe means “to take a star” or “star taker.”

The astrolabe was originally used for astronomy, but then was found to be useful for navigating.

The construction of the astrolabe is often pleasing to the eye and you’ve probably seen them as decoration pieces without realizing it.

Some designs are in a sphere shape, some have flat plates/disks made of a variety of materials laid on top of one another, and some are made in a quadrant shape.

Later, the astrolabe was changed and used for sailors, and was then called the mariner’s astrolabe.

Sailors would line the astrolabe up with the sun or a star in relation to the horizon to determine latitude vertically, which would help sailors figure out their location.

The astrolabe was so versatile and valuable while it was popular that it was as useful as our modern smartphones today, and coveted as a status symbol! 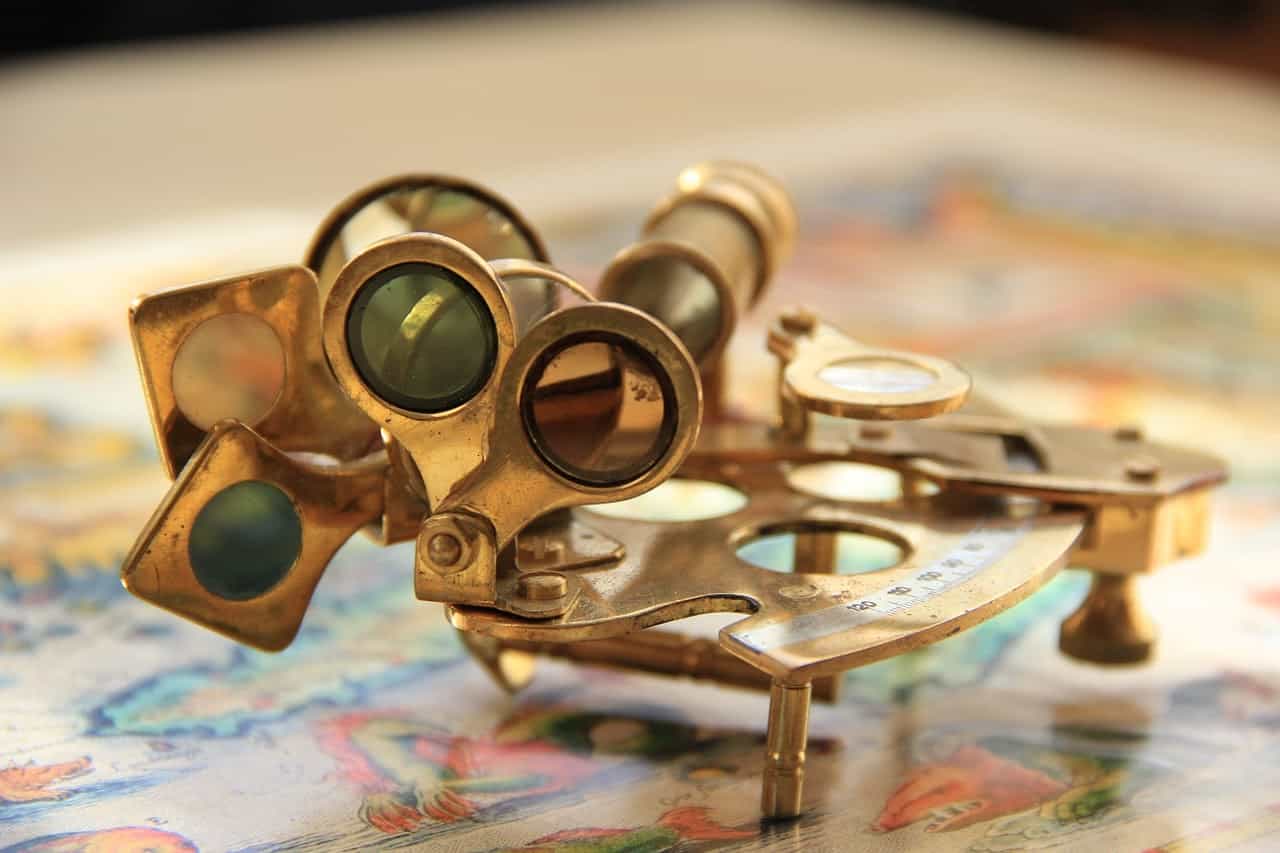 The sextant is a unique scale that measures the distance between two objects. It does this with the help of a 60-degree arch that reflects off of two embedded mirrors and has a measuring scope of 120 degrees.

At the time, it was an impressive improvement from the octant which could only read up to 100 degrees.

Sextants first made their appearance in the late 1700s and were bulky brass objects.

However, over time, scientists were able to downsize it thanks to the then-recent invention of the dividing engine.

Once it was available, the sextant was mainly used by astronomers to measure the distance between celestial objects and by sailors to record their journey.

In the 21st-century, the sextant is still required on modern ships and planes because it’s so effective at determining latitude and longitude. 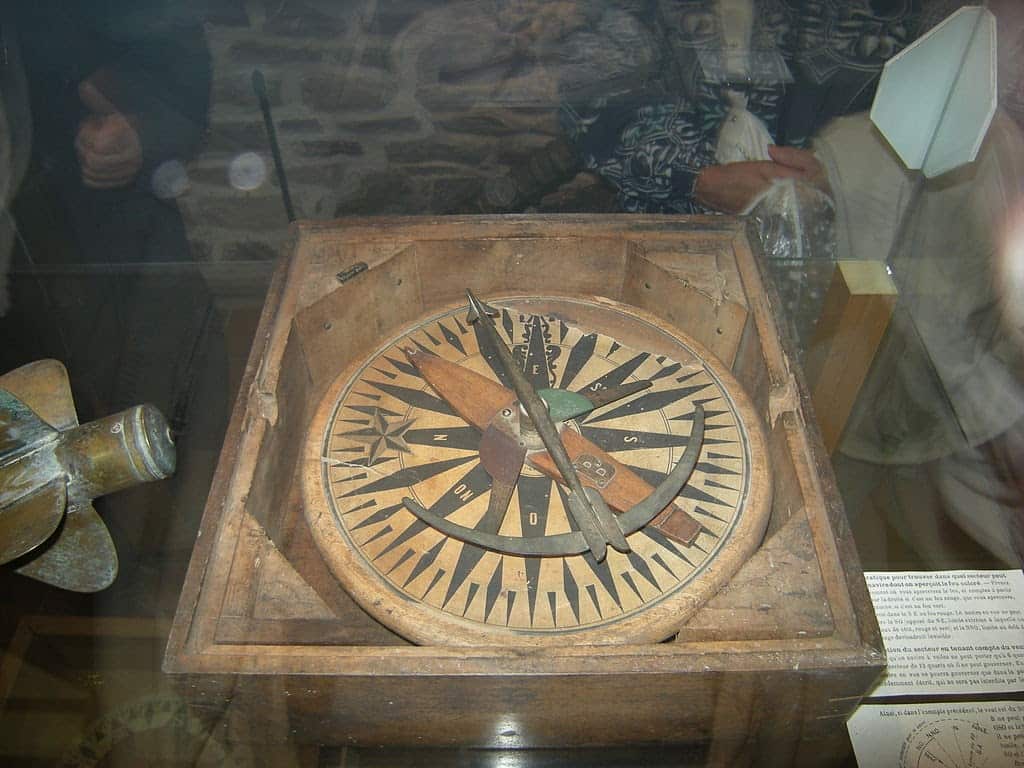 This navigational instrument is similar to a compass but doesn’t tell directions. Instead, it stays at 000° to align with the lubber line.

This helps travelers to see if they are traveling in a forward direction.

It’s believed that the pelorus was long used before the compass, especially by the Polynesians who held it up alongside the constellations to help them navigate during the night.

Fast forward to today, the pelorus is used by modern boats to measure the distance between them and another vessel.

This prevents wrecks by giving them a sufficient amount of time to move out of each other’s range. 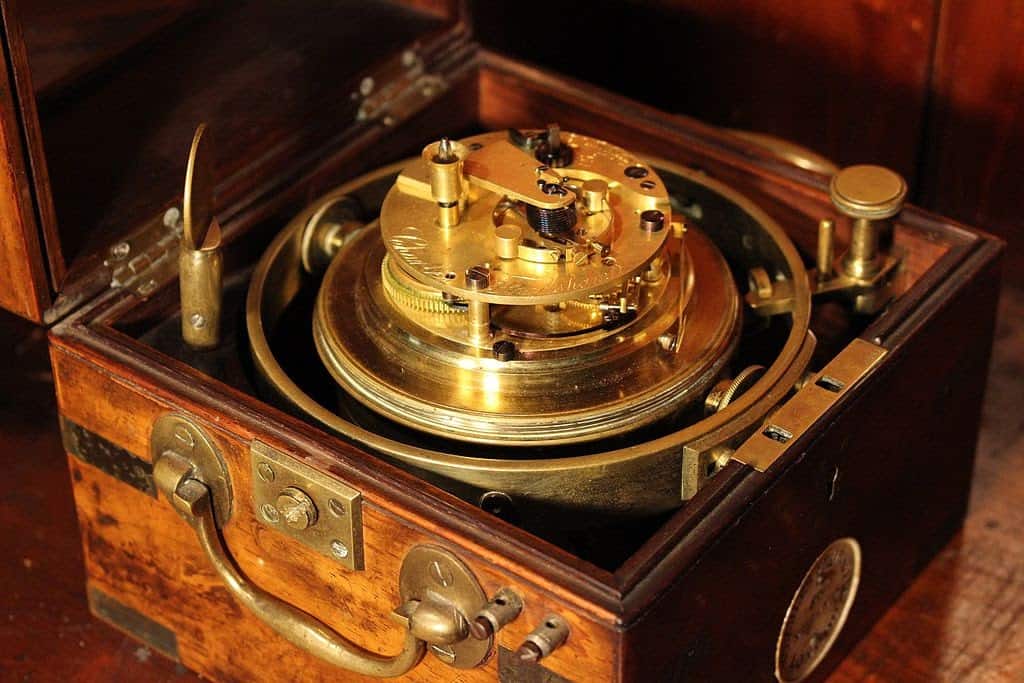 A marine chronometer is a special clock that converts the current time to longitude. This useful navigational tool was created in the 1700s by John Harrison, a British horologist.

Many other scientists unsuccessfully attempted to create a device similar to this before him, including the pendulum clock’s inventor Christiaan Huygens.

To construct the chronometer, Harrison thought out of the box and incorporated a balancing wheel inside a clock-like instrument that was connected to a temperature-controlled spring.

Throughout the years, other scientists added to Harrison’s design to improve it, such as the detent escapement feature which ensured complete accuracy in the readings.

While a majority of ships no longer solely depend on marine chronometers, there are a handful that still do, especially if they use celestial navigation.

Many boat captains also wear special marine chronometer watches as a way to help them safely steer through the sea. 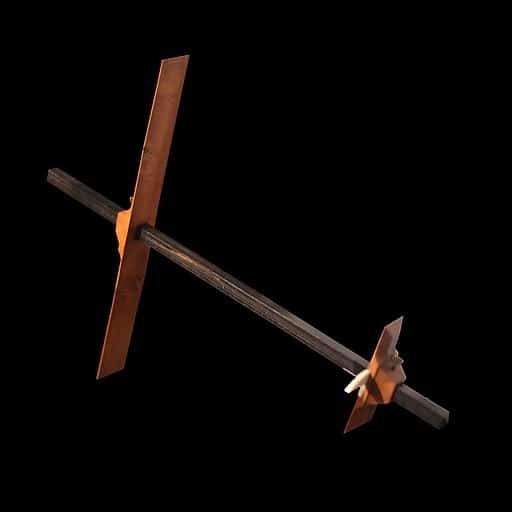 A precursor to the sextant and first used in early land surveying, the cross-staff was invented sometime around the fifth century BC.

The device, a simple contraption of a cross of wood that can be adjusted to measure distance, is also known as a Jacob’s staff or a fore staff.

Both of these terms reference the staff’s use for measuring water-related distances –Jacob used a staff when crossing the River Jordan in the Book of Genesis, and the term may be familiar to those who read The Merchant of Venice.

Anyone who has seen surveyors at a construction site or along a road will observe a similar, if more sophisticated, design based on the cross-staff.

Though the device itself has been adapted and modernized, the original concept remains in use. 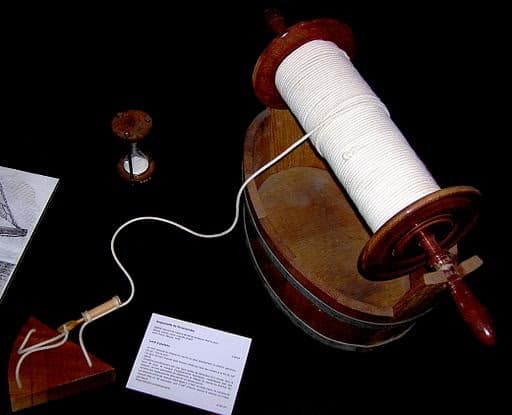 An early speedometer, a chip log is a large spool of rope with knots evenly distributed along its length.

To determine a ship’s rate of travel, sailors would throw the “chip” tied at the end of the rope into the water, allowing the spool to unwind behind the boat for a specific length of time, often measured by a sand glass.

When the time was up, the sailors would haul in the wet rope, counting the number of knots unfurled.

Each knot represented a nautical mile, allowing a ship to calculate its speed and, in turn, to estimate the distance both behind and ahead on the journey. Thanks to this practice, a ship’s speed is still described in “knots.” 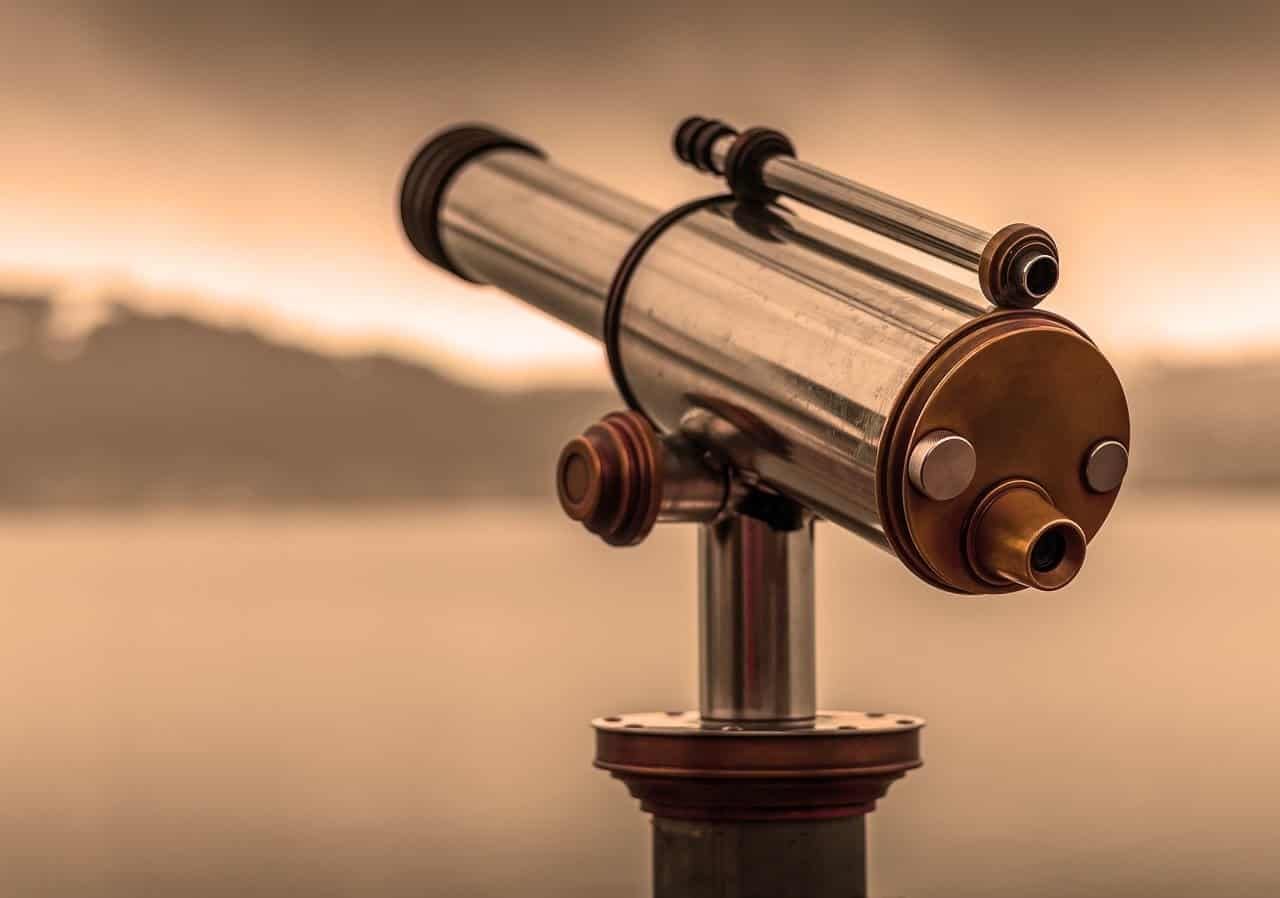 Telescopes have long been used throughout history by mariners and astronomers. Invented in 1608 by Hans Lipperhey, it was intended to help scientists view planets better.

It was eventually made famous by Galileo who added this instrument to his laboratory for his astronomy studies.

Over time, this tool grew in popularity and has since been improved to include stronger lenses and prisms.

Modern telescopes can look much further into the universe, including beyond visible light.

Many are now built with astounding capabilities such as:

Unlike centuries ago, telescopes are widely accessible and are utilized by everyone from amateur skywatchers to professional astronomers. 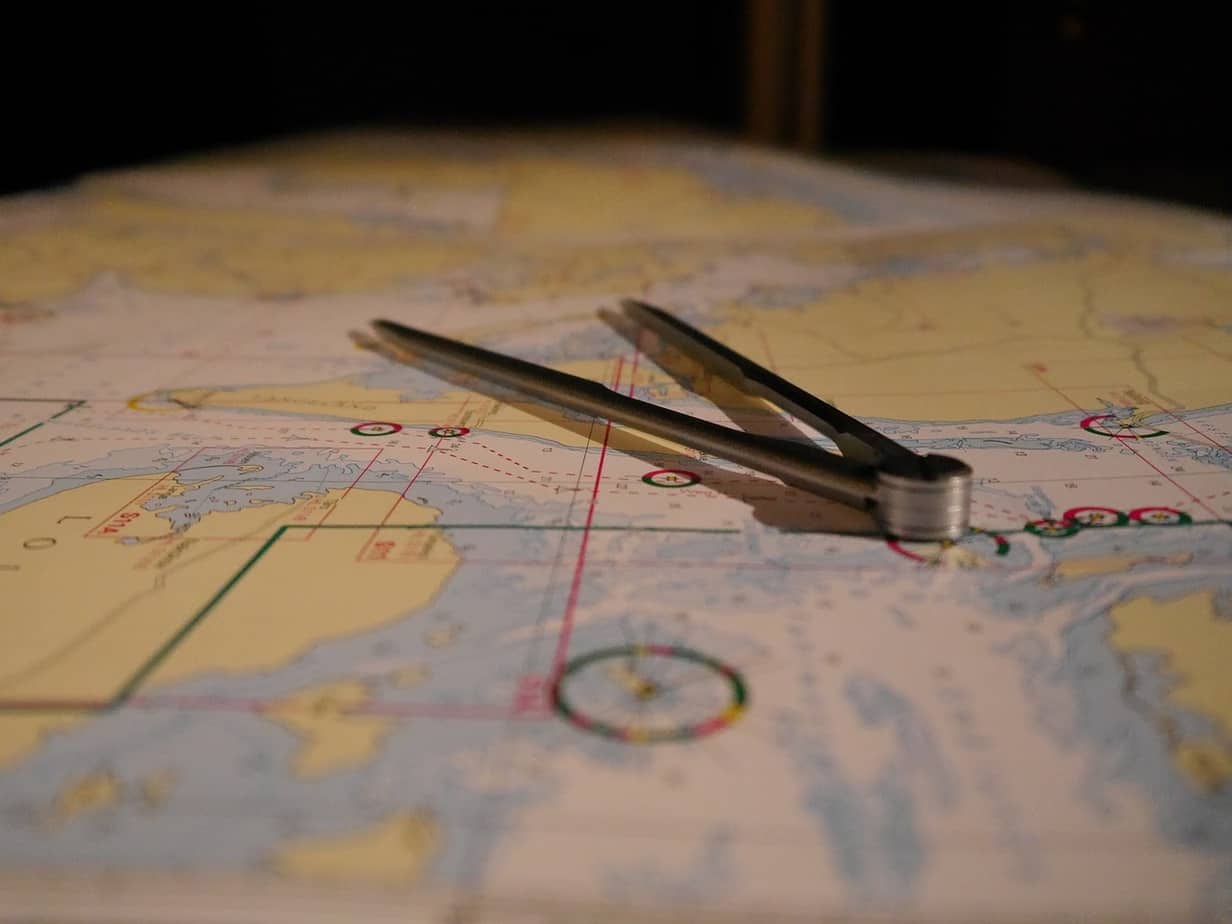 They may now be appreciated more for their art than function, but at one time, learning to read (and fold) a map was considered an essential life skill.

Maps and nautical charts still enable travelers to visualize and plan their journey, providing crucial insight into features along the route, such as land elevation, water depth, and hazards.

Maps also typically include a “compass rose” – a rendering of a compass to indicate the map’s orientation – to help them better understand and direct their paths. 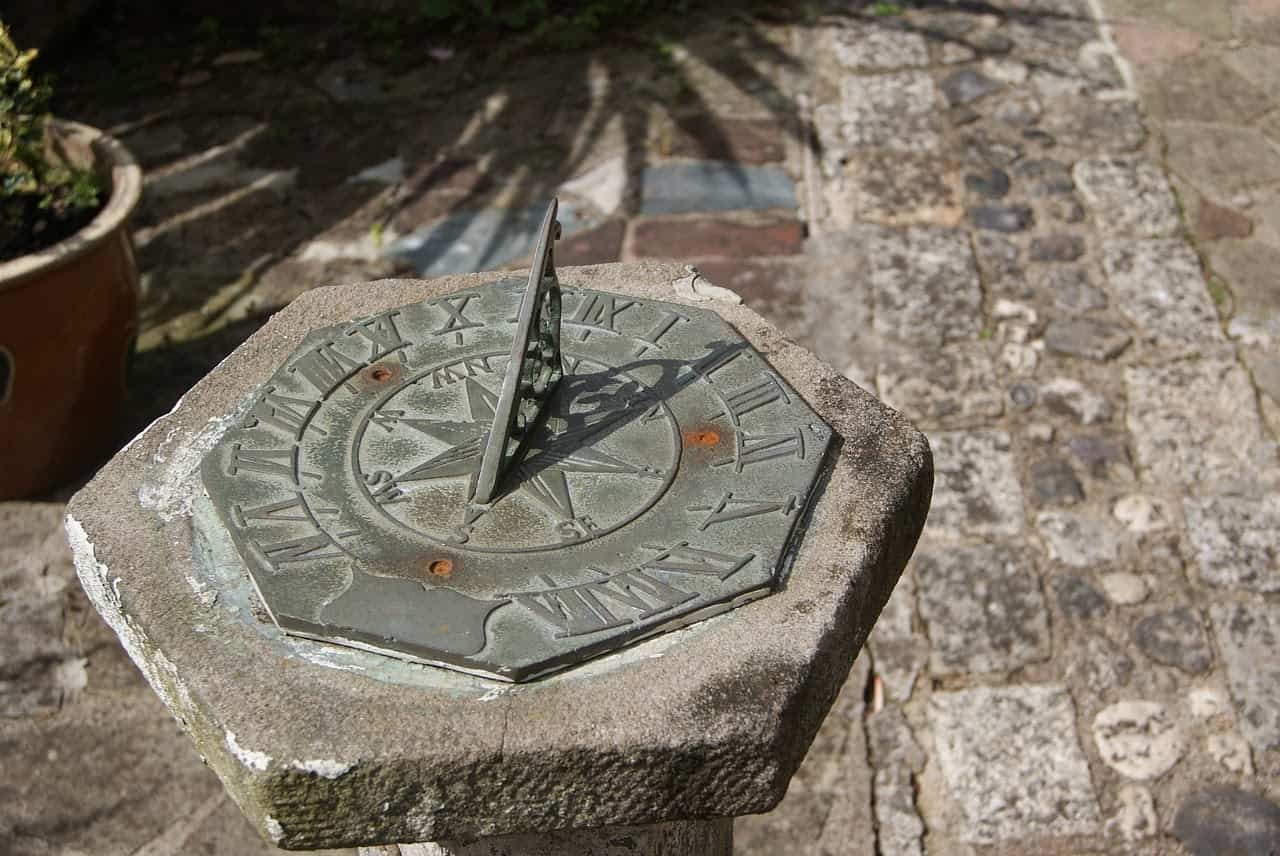 The sundial as we know it was invented by Theodosius of Bithynia, a Greek astronomer.

However, ancient civilizations used a similar sundial-like structure to know the time of day.

For instance, the Babylonians built obelisks that helped them track the position of the sun to tell time.

Most of the world no longer relies on sundials, but there are some countries, such as China and Japan, that still use them for navigational purposes.

However, sundials are now mainly hidden inside gardens as a decorative piece. 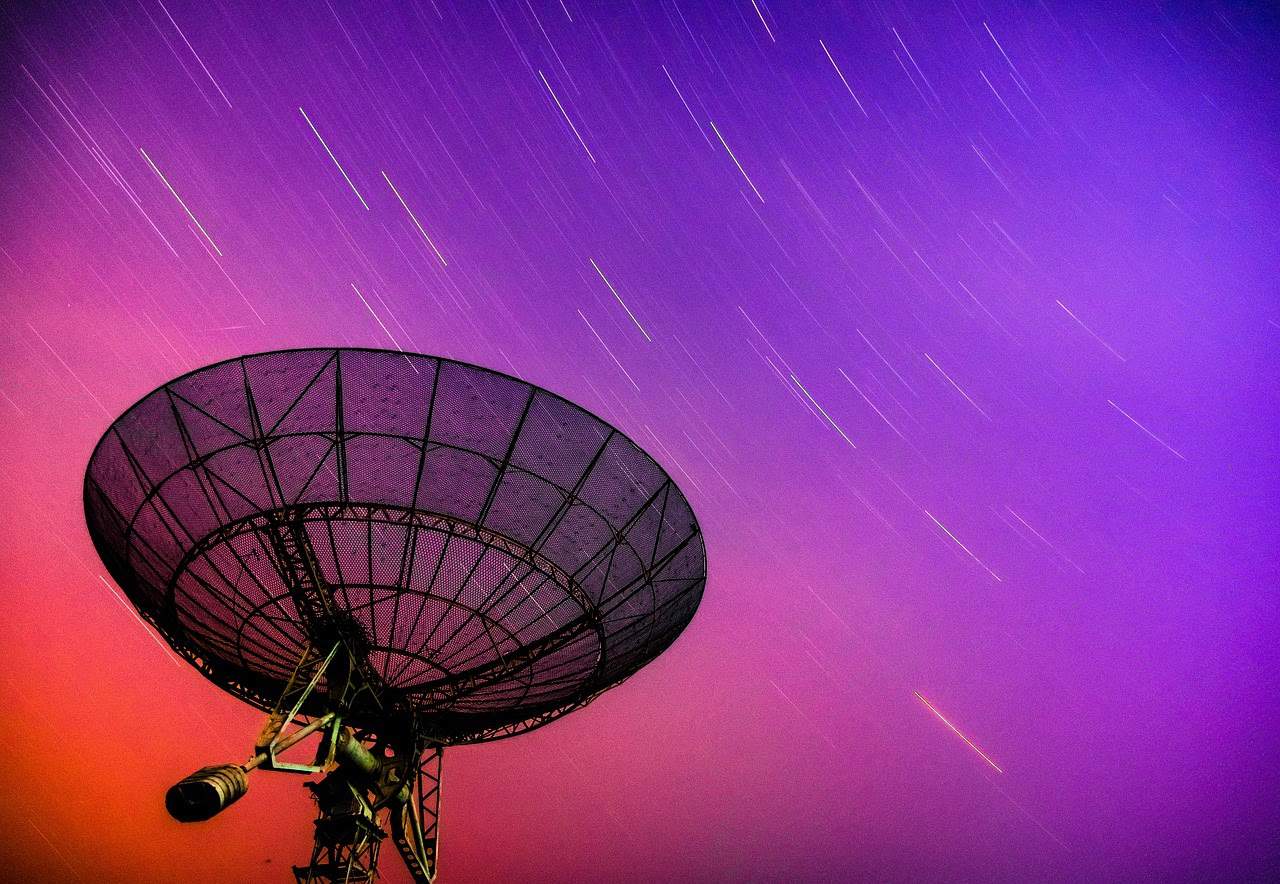 A relative newcomer to the world of navigation, radar was invented, at least in theory, by a German physicist in the late 1800s who discovered that electromagnetic waves could bounce.

That finding continued to be explored and tested throughout the early twentieth century, primarily by the American military. 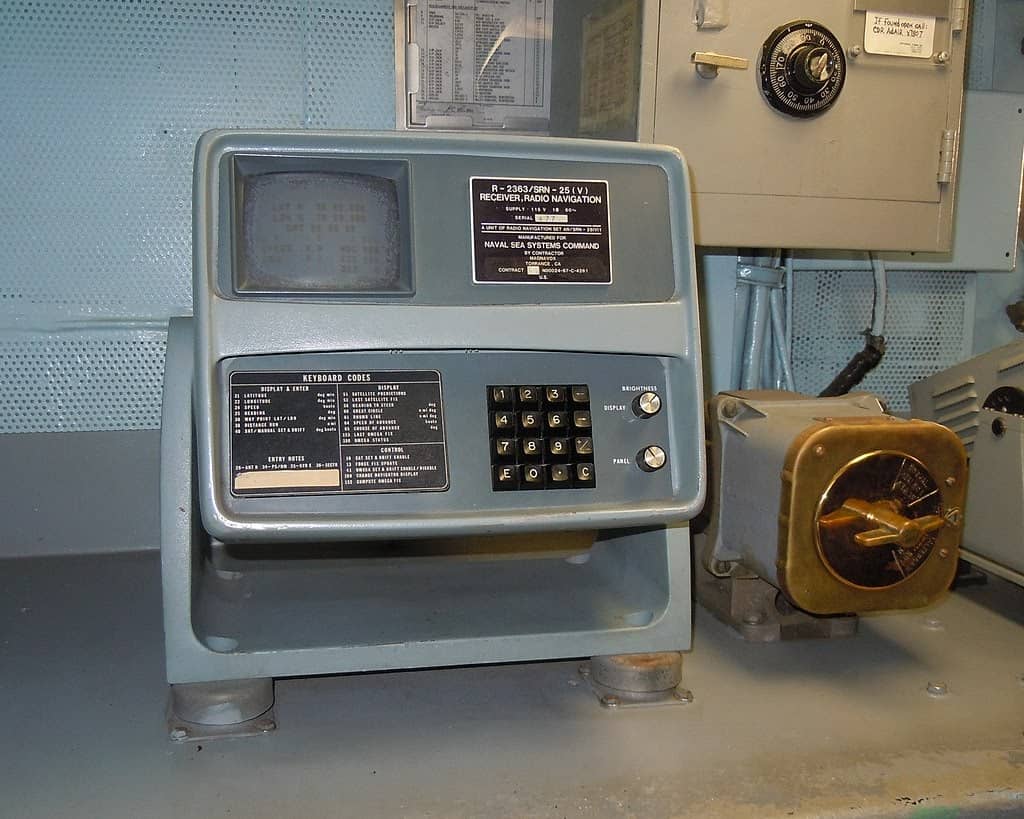 Created in the 1970s and made commercially available in the 1980s, the global positioning system uses a “constellation” of 31 satellites to make up full global coverage (one satellite launched every year since 1978).

The satellites have atomic clocks, so they are in sync with the master control station on Earth.

Ships at sea use GPS, along with gyroscopic compasses in some cases, to calculate their position in the ocean.  These are the most accurate tools for navigation to date.

In 2016, the Washington Post reported that the U.S. Naval Academy was again teaching celestial navigation to its students, despite the high-powered technology available to modern mariners.

As the article noted, newfangled devices aren’t always reliable: “batteries run out, systems get hacked, and even advanced technology can be balky.”

For that reason, gyrocompasses, sextants, and other low-tech devices remain in use on today’s ships, whether as a backup or as a primary navigational system.

Even on land, cell phone service can be spotty at best in rural areas and the backcountry, limiting the use of mobile applications.

Maps and compasses, along with an understanding of the sun, moon, and stars, can still help an adventurer find their way when all else fails.

After all, these tools have stood the test of time, proving trustworthy for centuries of navigators on land, sea, and beyond. Get the best deal for Antique Maritime Navigational Instruments from the largest online selection at eBay.com.