Curious about Atlas Mason Jars? Here’s a handy guide to the history and different types you might come across these days.

Canning, drinking sun tea, and displaying flowers on the kitchen table are some of my favorite things to do with mason jars. Typically, I use the cheap ones you get at the dollar store, but occasionally it’s nice to use something authentic.

There are some big names in the mason jar world. Likely you’ve heard of Ball. They’re the most commonly used these days when it comes to canning and storage, along with Jardin and Kerr.

However, Atlas came around later and is still a highly sought-after vintage mason jar. 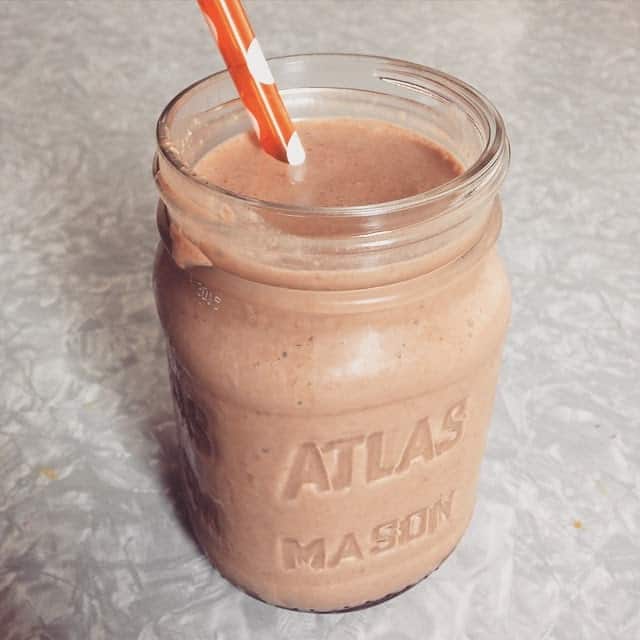 Authentic Atlas mason jars were made by Hazel-Atlas Glass from 1902 to 1964. The original jars had the word Atlas, rather than Hazel-Atlas, embossed across the front. However, they did have an H with an A underneath, stamped on the bottom of the jar to designate the manufacturer.

Genuine Atlas mason jars came in several different designs including a good luck design with a four-leaf clover on the front, square, round, E-Z seal, and quite a few more. There were also circle and square shapes. We’ll detail those out later.

Since 1964, Atlas jars have been made by many different alternate companies and have been most recently used for Classico’s pasta sauces. They’re not the original Hazel-Atlas jars.

Original jars range in price from $10-60, depending on condition, color, and age. More valuable jars include the amber E-Z Seal jars made around 1910.

How to Identify a Real Atlas Mason Jar

The easiest way to identify a real Atlas mason jar is by looking at the bottom. You’ll see the Atlas-Hazel symbol embossed here, with an H and an A. The A will be nestled under the H, in between its two bottom legs.

Atlas mason jars have been digested several times by larger corporations, and they immediately stopped using this symbol on the bottom when the company was bought out the first time in 1964.

There are seven common vintage Atlas mason jars that are worth noting. They have different shapes and symbols, and they use different closure systems.

The square Atlas mason jars came in half-pint, pint, quart, and half-gallon sizes. They had a two piece lid that you still see commonly today, and in theory, if the jar hasn’t ever been used, you could still use it today following modern home canning procedures.

These jars say “Atlas” on the front, with the familiar “HA” symbol in the middle, and the word “Mason” underneath.

These jars are round and were available in half-pints, pints, quarts, and half-gallons. They say “Atlas E-Z Seal” on the front and have a glass lid with a clasp closure. This method involves moving a metal arch over the top of the lid and tightening it down via a lever.

This method of canning is outdated and no longer recommended for anything wet, although you can still store dry ingredients in them.

These jars are round and feature the words “Atlas,” “Strong Shoulder,” and “Mason” on the front. They came in half-pints, pints, quarts, and half-gallons. While they have a threaded lid that screws on, it uses a rubber seal rather than the steel disc-shaped lid, and doesn’t follow the hermetic seal design used by modern canning methods. They should only be used for dry storage.

These square jars came in half-pint, pint, quart, and half-gallon sizes and use the same clasp-like seal with the lever used to latch the lid in place. They should also only be used for dry storage.

These jars were only manufactured in pint, quart, and half-gallon sizes. They are round and feature the words “Atlas Wholefruit Jar” on the front where the word “Wholefruit” is written diagonally between the other two.

They use the same clasp and lever seal and should only be used for dry storage.

These jars only came in ¾ pint sizes and have the same lid and band system we still use for home canning today. In theory, if the jar has never been used and is in peak condition, you could still use it.

The jars are square in shape and have the words “Atlas Junior Mason” embossed on the front.

These jars are square and came in pints, quarts, and half-gallons. They have the words “Atlas Special Mason” embossed on the front. They use the same rubber seal as the Atlas round mason jars and should only be used for dry storage.

There are a couple of vintage Atlas mason jar designs that can be used today, assuming they’ve never been used in the past and they are in excellent condition. The primary concern for use is that they create an effective seal that meets all modern home canning requirements.

However, if you don’t plan on using them for wet ingredients, they can all be used to store and display dry ingredients. For those who are working on building their collection of vintage mason jars, Atlas mason jars are highly sought-after and some are very valuable.

You can use Atlas mason jars to display seashells, floral arrangements, spices, baking supplies, utensils, and so much more. They make great additions to your vintage collection or to your kitchen accessories. Get the best deals on Atlas Ball Jar when you shop the largest online selection at eBay.com Atlas E-Z Seal half gallon mason jar with the wire clamp lid. These are in perfect condition and ready to be used.