While a pen and paper may seem ancient in a world of smartphones and keyboards, these writing tools are relatively new. Even the pencil took centuries to develop! Learn all about how these instruments came to be in this guide to early writing utensils.

From the Ice Age to the modern-day, keep reading to learn about the history of writing utensils, monumental changes, and how many centuries of innovation it took to develop these tools we take for granted. Disclaimer: this might change the way you look at a pen. 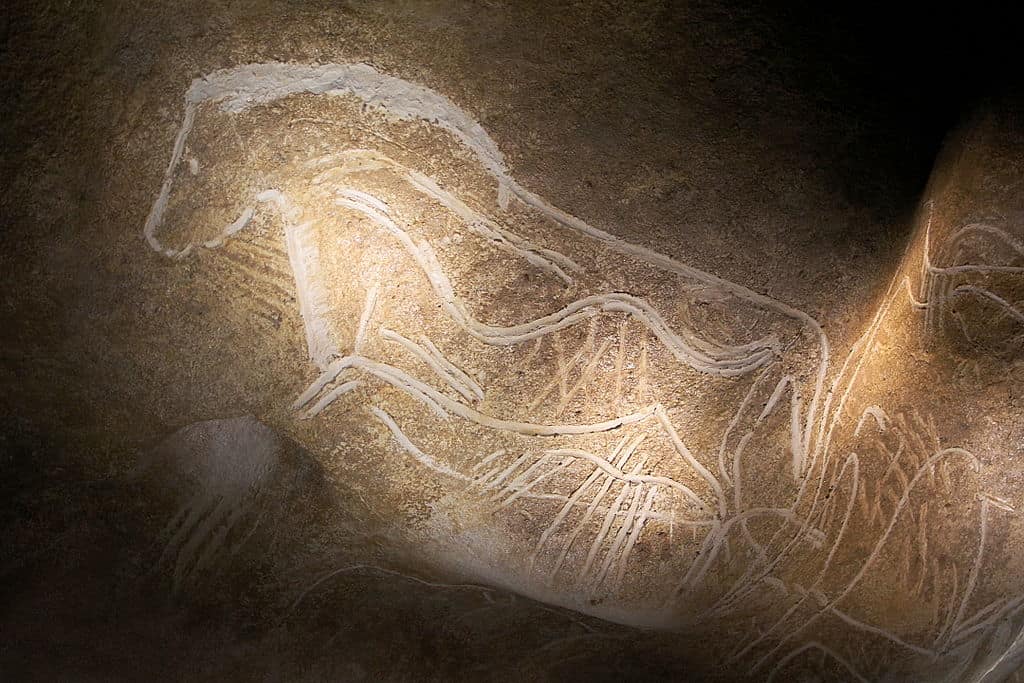 Humans have always had a knack for storytelling. How do we know this? Cave paintings! These earliest examples of communication records date back 14,000 to 40,000 years ago. While we may not think of this work as writing by modern definitions, it certainly was the closest thing at the time.

For early humans living during the Ice Age, or Upper Paleolithic era, the only writing utensil needed was already attached to their bodies: their fingers. Our distant ancestors used rock-based pigments to create their artwork, mostly red or black.

Fingers proved to be versatile instruments when it came to engraving too. These appendages were the only tool needed to inscribe softer cave walls, but flint tools or other sharpened stones were necessary to scratch through the sides of harder surfaces.

These are the unofficial first communication utensils known to man, but scholars don’t generally accept cave art as writing. 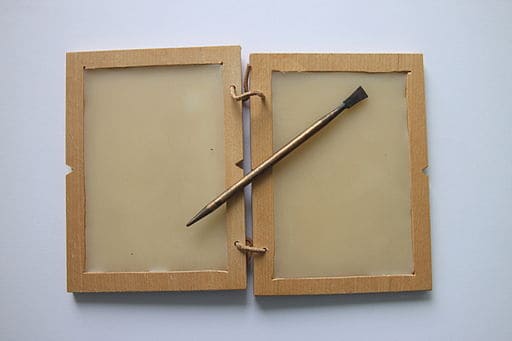 The words “tablet” and “stylus” have vastly different meanings to 21st-century folks than Ancient civilizations who invented some of the first writing utensils known to the modern man. However, the basic concept remains the same.

Ancient Romans, Babylonians, and Sumerians used iron, bronze, or bone styluses to engrave pictographs onto wax or clay tablets. A couple of thousand years later, Ancient Chinese used wooden or bronze styluses and carving tools to write and inscribe various surfaces, including bones and turtle shells, during the Shang dynasty.

However, these tablets weren’t perfect. Heat sensitive-wax couldn’t be baked to preserve the text engraved into them like fragile, heavy clay versions from Ancient Sumer and Babylonia. Neither was ideal, so the search for the perfect writing utensil continued. 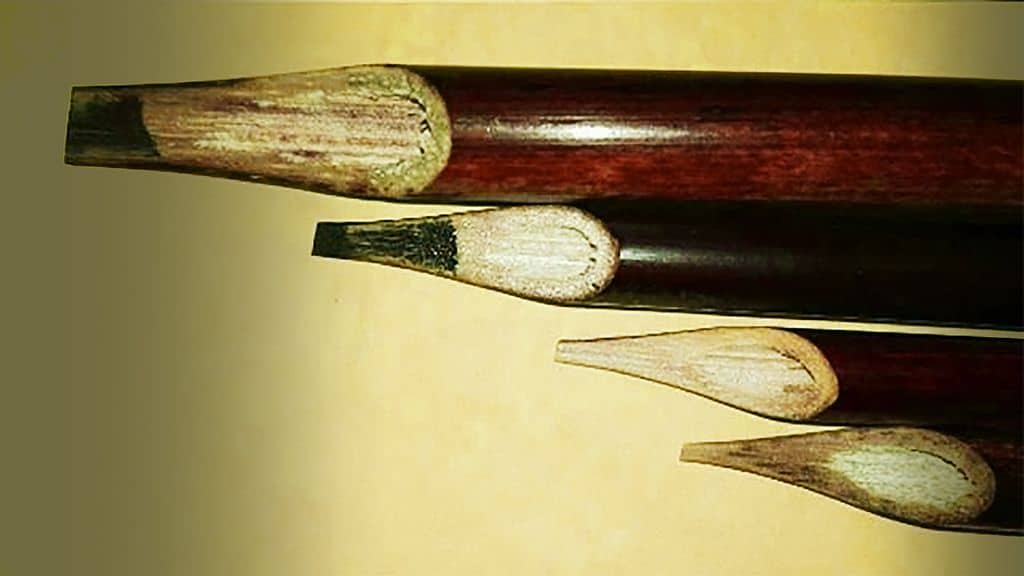 Invented by Ancient Egyptians, the reed pen was the first writing instrument with flowing ink. Now that parchment and papyrus were available as canvases, it made sense to develop a new writing tool.

The reed pen was precisely how it sounds. It was made of marsh grass stems that were hollow inside. One end was sharpened into a point and sliced to allow ink flow.

Bamboo was a common material for reed pens, but their stiffness and tendency towards dullness made it a less desirable option. Reed pens weren’t the ideal writing tool, but they laid the groundwork for modern pens. Some are even still used by present-day artists.

Calligraphy, the art of decorative handwriting, rose to popularity during China’s Han dynasty. With newly perfected brushes, paper, and ink, this writing method took off. Despite its up-and-coming claim to fame around this time, archeologists confirm that these instruments and art pieces existed long before.

While the west used earlier versions of writing canvases made of papyrus stems, Chinese court official Cai Lun invented paper and the papermaking process. He used various fibers, including tree bark, hemp, and cloth, to achieve an affordable, transportable alternative to the silk and bamboo surfaces common at the time. As such, calligraphy became more accessible.

Instead of developing utensils resembling modern-day pens like the Egyptians, Chinese people opted for brushes. The tapered bristles consisted of rabbit, goat, or weasel hair trimmed to various lengths, while the handles were typically made of wood, bamboo, or — if you could afford it — jade and porcelain.

The brushes’ flexibility lent well to Chinese calligraphy’s flowing nature, and the art was revered.

Artists would dip their brushes in ink made by hand from a mixture of animal or vegetable particulates, minerals, and glue. The calligrapher would combine these ingredients in an inkstone: a carved stone slab to hold and mix the ink with water. Doing this gave the artist control over the thickness and intensity of their pigments. 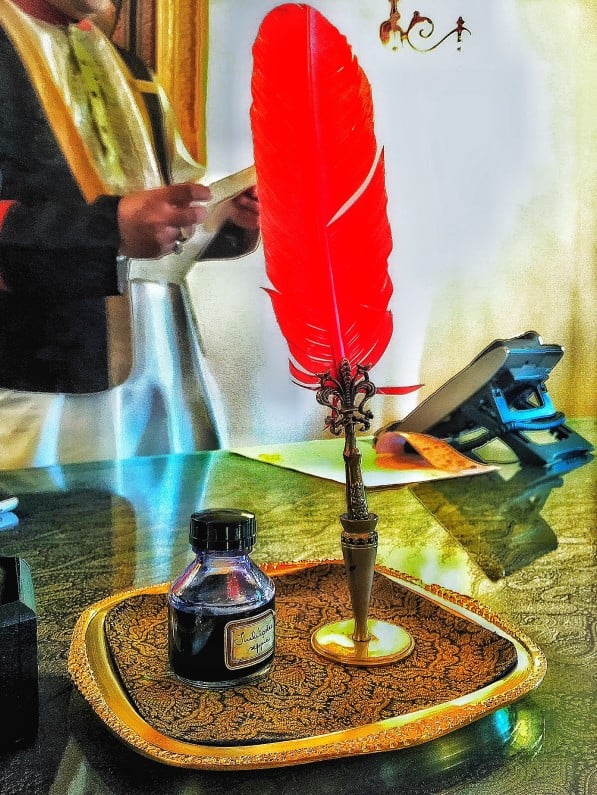 Quill pens existed long before their popularity took off centuries later, around 700 C.E., but no one knows precisely when they came to be. However, it is known that quill pens were used to write the Dead Sea Scrolls around 200 B.C.E.

Throughout their lifetimes, quill pens have played roles in major historical events. Representatives used them to sign the United States Declaration of Independence, and they still have a home in the Supreme Court. Quill pens were the dominant writing utensil for a longer duration than any other tool.

Quills, made from swan, turkey, or goose feathers, are initially too soft for writing, so they must be heated, shaped, cured, and cut to allow for longstanding work, sharpness, and ink flow. To keep quill pens in peak condition, writers needed to sharpen the tip with a pen-knife regularly. This led to smoother penmanship and the ability to compose intricate, lower-case letters for the first time.

Inkwells were also crucial to beautiful handwriting with a quill. The pen’s tip would rest in this chamber, and the ink would fill the feather’s hollow interior.

For many centuries, writers used ink made of iron salts and tannic acids. However, the problem with iron gall ink was that it eroded the paper writers used it on. As an alternative, Europeans developed safer ink in the 1100s by boiling bark in water with wine, then dried in the sun with more wine, and iron salts added. 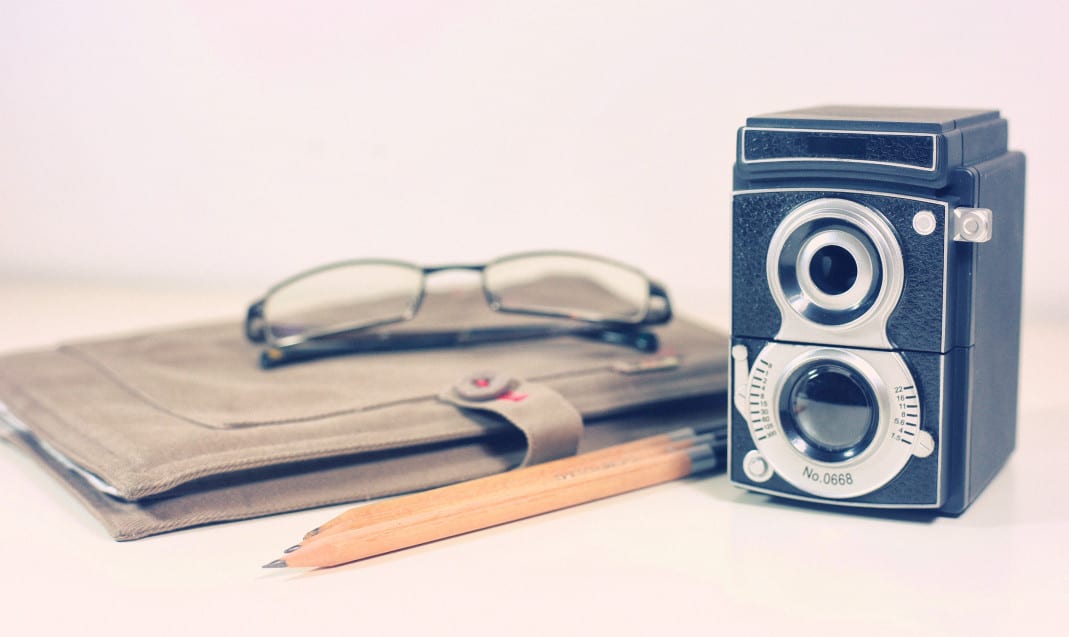 When England discovered large graphite quantities, a new type of writing instrument took off: the pencil. Unlike many other tools of the time, the pencil was independent — it didn’t rely on ink. Besides being initially covered in leather before changing to a wooden exterior, pencils haven’t changed much since their 18th-century founding. 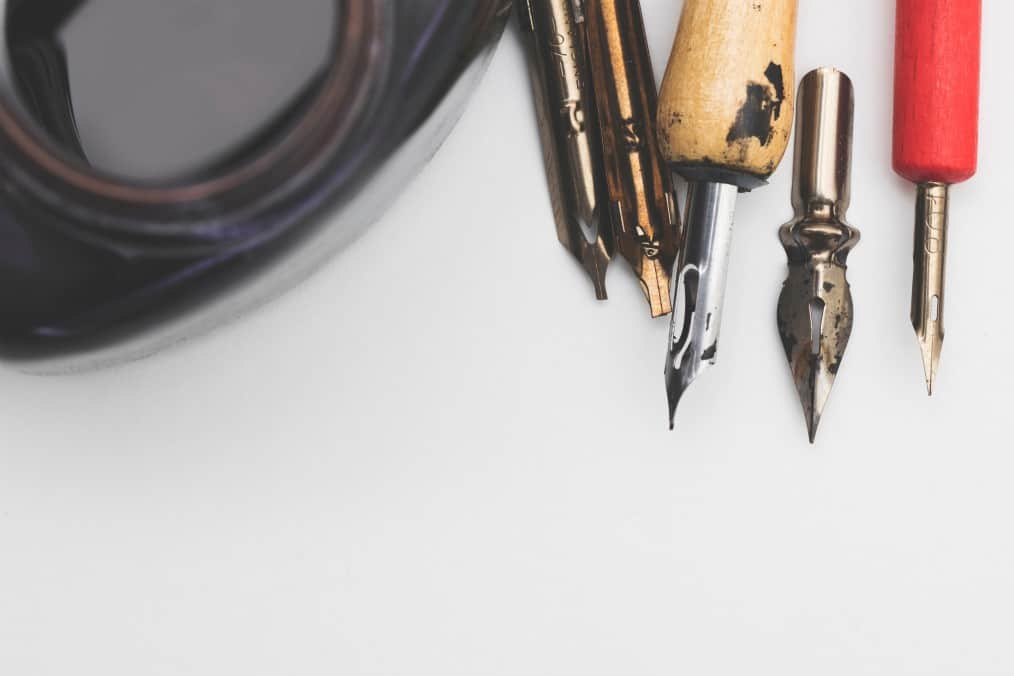 Metal versions took over the writing instrument industry in the 1800s. The fountain pen functioned the same way as quills, but the metal tip made it more durable, sharper, and finer.

Fountain pens also offered a unique advantage to quills: an ink reservoir. Rather than frequently dipping the tip in an inkwell, fountain pens could hold their own ink supply. These reservoirs were refillable with a pipette, ink cartridge, or employing their own filling process, depending on the pen.

The internal reservoir saved writers from spilling the ink and meant they could carry on for extended periods. Fountain pens offered cleanliness and portability. Once developments were perfected, the fountain pen soared in popularity.

After being replaced by the cheaper ballpoint, fountain pens became a symbol of status. 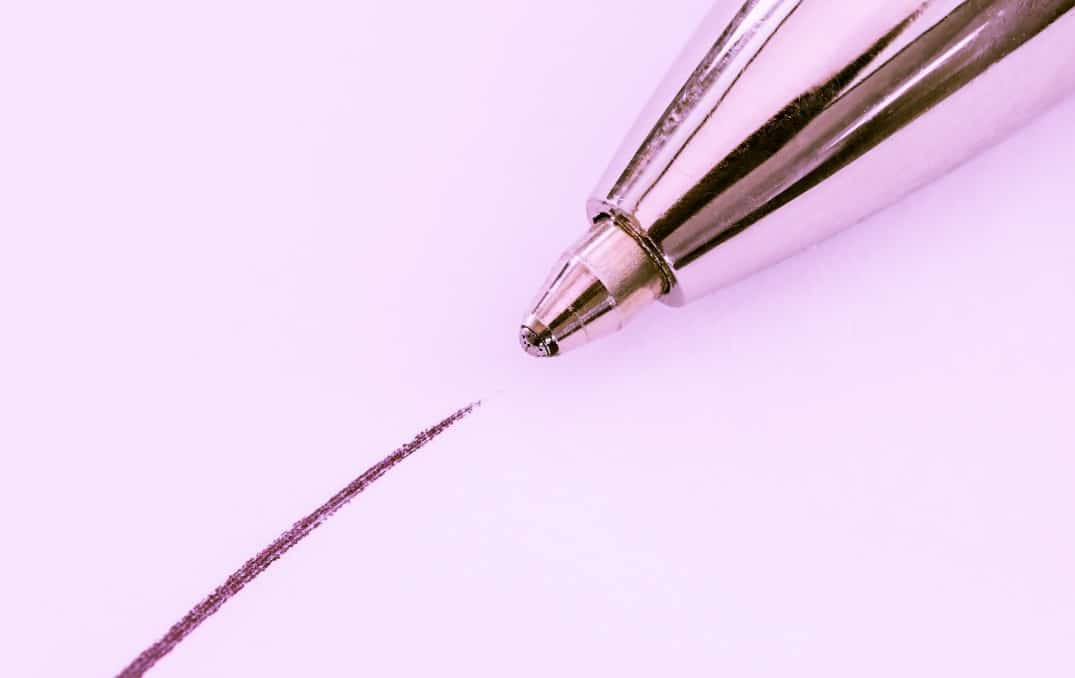 Did you know that the modern pen we know and love was invented over 130 years ago? Since the ballpoint took over the world, our main writing instruments have stayed basically the same. So what makes the ballpoint so perfect?

Unlike the fountain pen, ballpoints contain a tiny ball at the tip of the pen that rolls through the internal ink reservoir when used.

It may not seem like a critical accomplishment today since we are accustomed to the likes of a ballpoint, but the invention of an easily portable pen that writes evenly and doesn’t clog or dry up was a stark change. Plus, the ballpoint’s ability to write on various surfaces, including leather, was actually the driving force behind this invention created by tanner John. J. Loud.

When Reynolds International Pen Company first launched its “Reynolds Rocket,” it exploded commercially. A department store in New York City sold a few thousand ballpoints in a single week — an indicator that this model was on the come-up.

Paper Mate, Parker Pens, Bic (then Marcel Bich), and Miles Martin Pen Company were just a few players in the ballpoint pen industry. Once this pen took over the world, there was no going back.

To learn more about the history of early writing utensils, visit these informative sites:

From bone engravings to flowing ink, writing utensils have changed monumentally over time. Still, all variations are based on the need to communicate, whether on paper or cave walls. Next time you pick up a pencil, reflect on its development: styluses, reeds, brushes, and quills came and went before that wood-covered graphite came to be.