If you enjoy the fashion world, there are plenty of items you can collect from bygone eras to preserve how couture has changed. One is wallets. These tools have been used since ancient Greece and have an intriguing history.

This post will explore more about the wallet’s origins and how you can find an authentic vintage one to purchase.

The wallet has been used throughout time, including in archaic Greece and Rome. In fact, the word “wallet” is believed to come from the Greek word “kibisis” meaning “sack”. The wallets ancient Greeks and Romans used contained a small string so they could wear it around their neck. This allowed them to keep track of their coins and prevent themselves from being an easy target for pickpockets.

It wasn’t until the 1600s that our understanding of the wallet made its debut. It was geared toward Westerners who needed a place to store their paper currency. Unlike the previously used coin purse, wallets were larger and could keep the bills crisp.

During the 1800s, the wallet’s purpose slightly changed as it became a utensil to hold tobacco and other smoking products. This soon became outdated and the wallet was once again used to hold money.

The wallet soon transformed itself and became a fashion symbol for both men and women. In the 20th-century, it became a trendy accessory and numerous designers tried their hand at creating sleek yet chic models that would appeal to all. Many early wallets would be assembled with high-quality materials, like leather and gold clips – all of which were intended to showcase status.

As the 21st-century rolled around the wallet was still considered an essential item, but was slightly modified to fit modern needs. This included being made with waterproof materials, having slots for credit cards, and a large phone insert.

One of the earliest examples of the wallet is a preserved artifact that’s thought to date back to 3,300 B.C. It was found on Otzi the Iceman, a glacier mummy that was discovered in the early 1990s.

After inspecting the body, researchers found a wallet attached to him. It’s believed this wallet was made of paper and animal products and was used by Otzi to carry goods as he hunted. 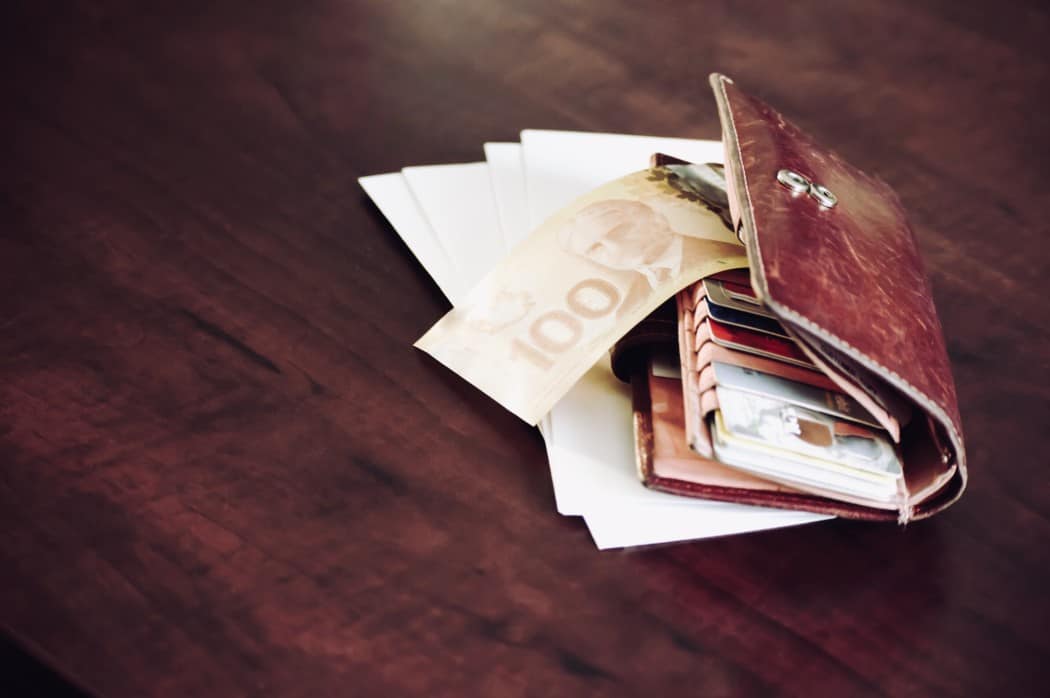 A secretary wallet is one of the most traditionally-used styles. Because of its long length, users could insert their money into the sides and then close it. Thanks to this design, paper bills wouldn’t get creases. Secretary wallets were commonly slipped into a jacket’s chest pocket.

This wallet is yet another common model. While the secretary wallet runs long vertically, bi-fold wallets run long horizontally and have a groove in the middle. This way, you can fold the wallet and it will stay in place.

A money-clip wallet, also known as a hybrid wallet, can hold both paper bills and credit cards. However, rather than having a small insert for the bills, it has a thick clip. You can fold the bills in half and then slide them beneath it. 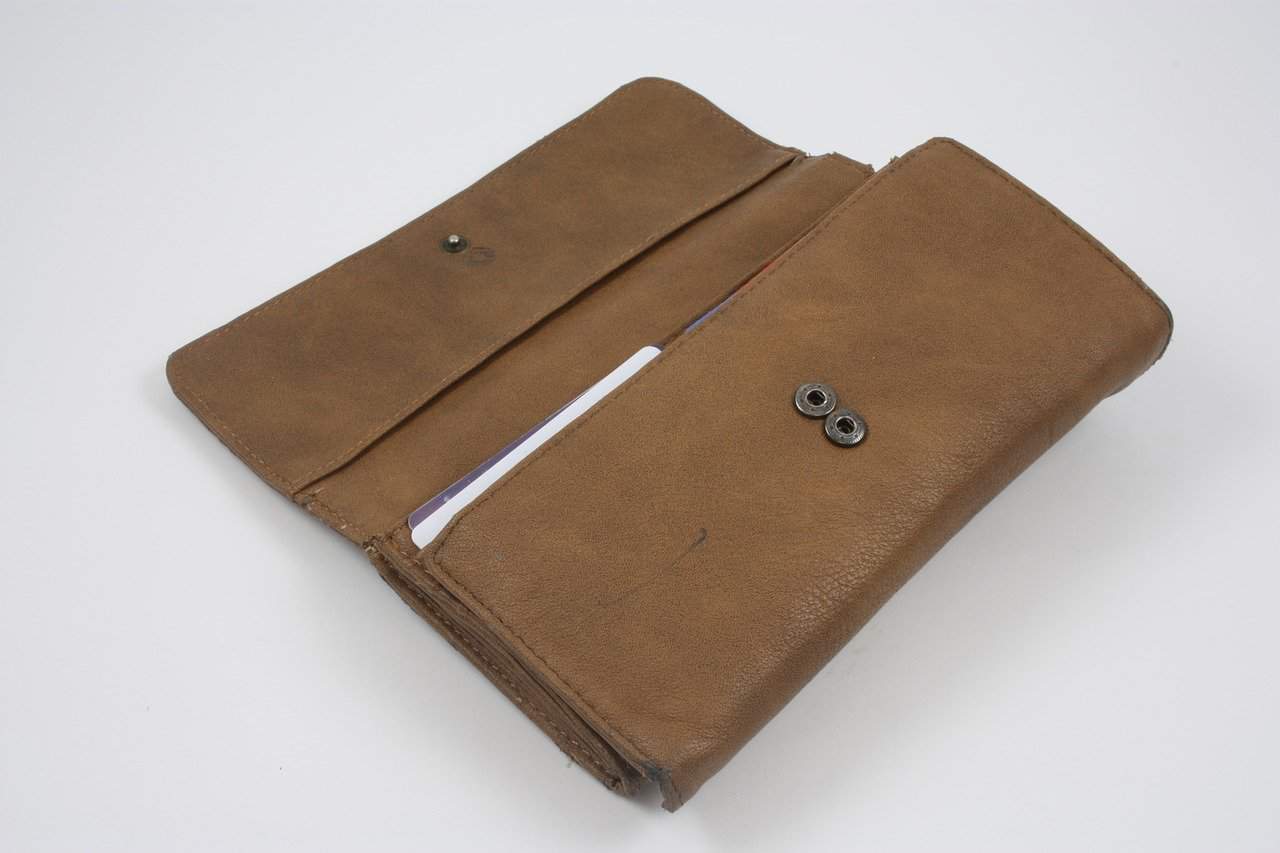 There have been countless vintage wallet designers throughout the decades. Here are a few of the most popular.

This iconic Italian brand started in 1920 and was one of the most sought-after fashion houses of its time. Countless celebrities would adorn their outfits with Gucci products (including its wallets and purses) because of their unique style and high-quality materials.

Prada is yet another Italian luxury line. Founded in 1913, it originally manufactured various types of leather goods, such as wallets. Eventually, this historic fashion brand switched its designs from being flamboyant to minimalist.

In 1854, Frenchman Louis Vuitton began his company by selling lightweight suitcases. His brand became so coveted that it soon expanded to offer other accessories, including wallets. Louis Vuitton merchandise can be easily identified thanks to the bold LV monogram in each piece.

Created by Coco Chanel, this brand is geared more toward women but has a few options for men. Originally known as the House of Chanel, the company first started in 1909 and focused on making practical and comfortable clothing for women – a major taboo at the time.

Chanel leather wallets later hit the market and could easily be spotted thanks to their textured exterior and the distinctive Chanel logo sewn into the front.

Montblanc is best known for its writing utensils but also designs a few fashion accessories. This German brand started in the early 1900s and develops durable leather wallets. While pricey, they’re designed to last.

Aside from these traditional luxury brands, there are plenty of independent makers around today offering vintage quality wallets. These makers follow the traditions of leather craftsmanship and design wallets with full-grain leather and natural dyes.

Look for brands like Buffalo Jackson and Harber London for a wallet will last for a long time and age with vintage character.

How to Identify an Authentic Vintage Wallet

Because many vintage wallets come from renowned brands, duplicates are often made to look aged. Due to this, you might end up purchasing an expensive model only to find that it’s a fake. Here are a few ways to protect yourself from purchasing one.

Check for the Logo

One of the best ways to determine if you have a genuine vintage wallet is to inspect it for a logo. While this can be copied, brands usually worked to create a quirky emblem to prevent this. Some would place the logo in a certain corner while others would put a thick seam between the lettering.

The logo could naturally wear down over time but it’s important to look for one. This can help you verify if it’s real or not.

Another thing to do is research more about the brand and the materials they use. For instance, early Chanel wallets are typically made of caviar leather. If you buy a supposedly vintage Chanel wallet and it doesn’t have this material, it’s fake.

Other brand aspects to investigate include:

You could also identify a real vintage wallet by touching it. Because most were made of leather, old wallets will feel somewhat dry. If yours feels soft or even oily, it’s probably a replica.

Also, check to see if the leather looks porous and “uncorrected”.

Old authentic leather wallets were made with aniline dyes, so the pores and character of the leather show through.

If it is coated, without those characteristic imperfections,  it is probably not the real deal

Wallets are still used today but have evolved in their purpose. While they continue to hold money, they’ve been revamped to fit contemporary necessities, like cellphones.