Ice has always been a sought after commodity.

In the early days, ice was collected from frozen lakes and rivers during the winter, chipped into huge blocks and stored underground or in warehouses designed to keep it frozen long into the warmer month.

It was commonly packed with straw or sawdust and used to preserve foods through the summer.

However, ice was also prized for ever-popular mint juleps and martinis. And specialized ice tools made those chilled drinks even better.

Today, it’s much easier to get and to keep ice, but some of the original “ice breaking” tools have been rediscovered and are popular with a new generation of bartenders. 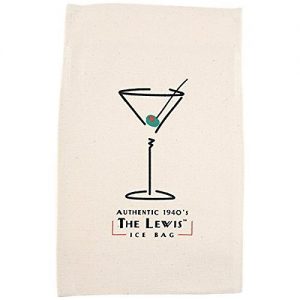 Ice, particularly crushed ice, was a 19th-Century extravagance reserved for the wealthy and resolute.

Mark Twain referred to it as “jewelry,” writing in Life on the Mississippi, “None but the rich could wear it.”

Before there was crushed ice from the refrigerator, or plastic bags of the stuff delivered to your door from a purveyor, there was the Lewis Bag and a wooden mallet.

The Lewis Bag was commonly — and simply — constructed of heavy grade natural canvas.

It is essentially an envelope just smaller than two ordinary sheets of paper stitched together with a drawstring at one end.

The bartender would place several cubes inside; then, with skill and a fierce sense of duty, he (or she) could wallop those cubes until the perfect size shards were ready to slide gently into a glass.

Some purists today insist that the only way to produce “proper” crushed ice is with a traditional Lewis Bag. 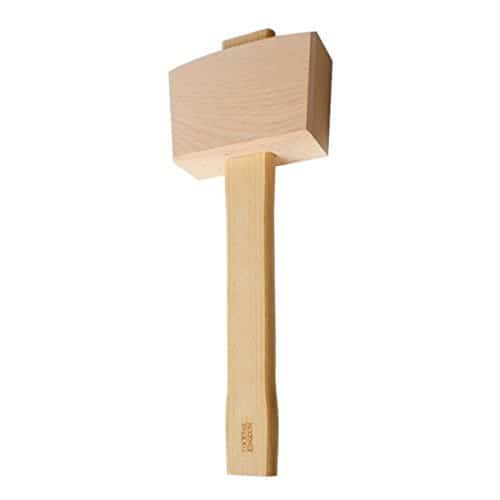 During the “golden age” of bars and speakeasies, no bartender would have been without a wooden mallet.

Its primary use was to crush cubes of ice in the traditional canvas Lewis bag.

Simple in design, the wooden mallet features a head that almost looks too large for its slim handle, but it’s the balance and the heft that allowed a fast-moving barkeep of the time to accomplish the task with a minimum of strength.

One might imagine that having to repeat the routine many times in the course of a shift could become a strain, so the mallet would be light enough to be manageable, but strong enough to get the job done with a minimum of movement and effort.

Modern mallets generally have a 4 1/2-inch rectangular head on a 12 to 14-inch shaft, and are often made of decorative wood.

They have changed little in shape or dimension from their early form. 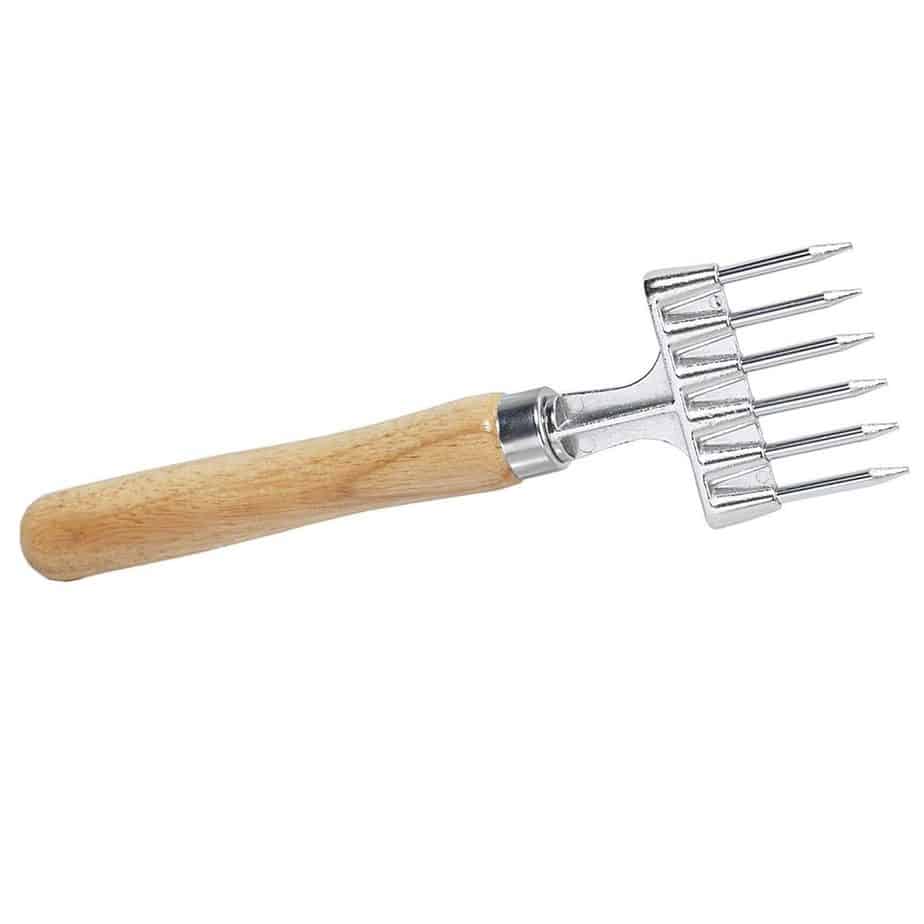 Vintage ice chippers, however, often had only five prongs, more commonly shaped like flattened nails instead of rounded picks.

An ice chipper traditionally has a wooden handle, designed to prevent frozen hands and fingers when chipping away at large blocks of ice.

True antiques might have been formed totally of wood, although most had metal tines.

Today, reproduction chippers are frequently about nine inches long, with the traditional wooden handle; the working end is usually of cast aluminum, and the pointed prongs can efficiently break up block ice or separate frozen chunks of ice that build up in a machine.

They are as practical today as they were in the early days of ice houses and drinking establishments.

A companion tool is the Ice Pick, a single rigid point implement, again with a wooden handle.

Used to separate cubes or to break up smaller blocks, it looks something like a large version of a lady’s hatpin.

This mid-Century vintage tool resembles a flattened bowl melon scoop, and also looks something like a squashed ice cream scoop.

This is the “must have” retro tool for anyone who want to “tap” an ice cube into manageable chunks to chill glasses for a perfect Manhattan or Martini.

The slender shank of the tool, which is frequently of polished stainless, makes for an elegant bar accessory, and would be a trendy addition to a bar counter or serving cart. The rounded tapping end of the tool sometimes has a decorative cutout, or it can be a simple rounded ball.

The ice tapper may be one of those funky bar tools that won’t see much use in your at-home bar, but some users say it breaks up large chunks of chocolate as effectively as it smashes ice! 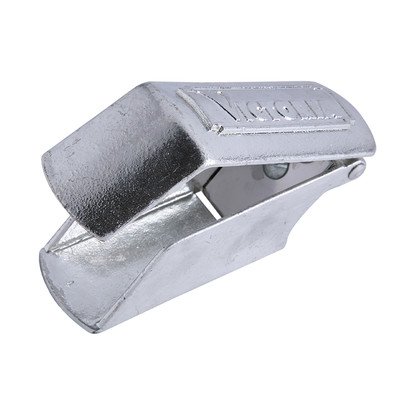 Vintage manual ice shavers came in a variety of forms.

Some of the early contraptions were like large, specialized machines; handheld models also were designed to extract shavings from smaller blocks of ice.

While a vintage ice shaver is unique, it would probably be considered too much effort to use for its original purpose today.

However, a vintage cast iron ice shaver dating to the early 20th Century would definitely be a unique addition to a barware collection.