When I think of poodle skirts, I immediately think of a white, button-down shirt with a collar (tucked into the skirt, of course), white socks with ruffles around the ankle, and saddle oxfords.

Perhaps there’s a scarf tied sweetly around the neck and a ponytail with a bow to round out the look.

No matter what you think of when you imagine a poodle skirt, your mind is likely taken back to 50 years ago when these skirts were all the rage.

Let’s take a trip together as we reminisce on the days when they were in style. 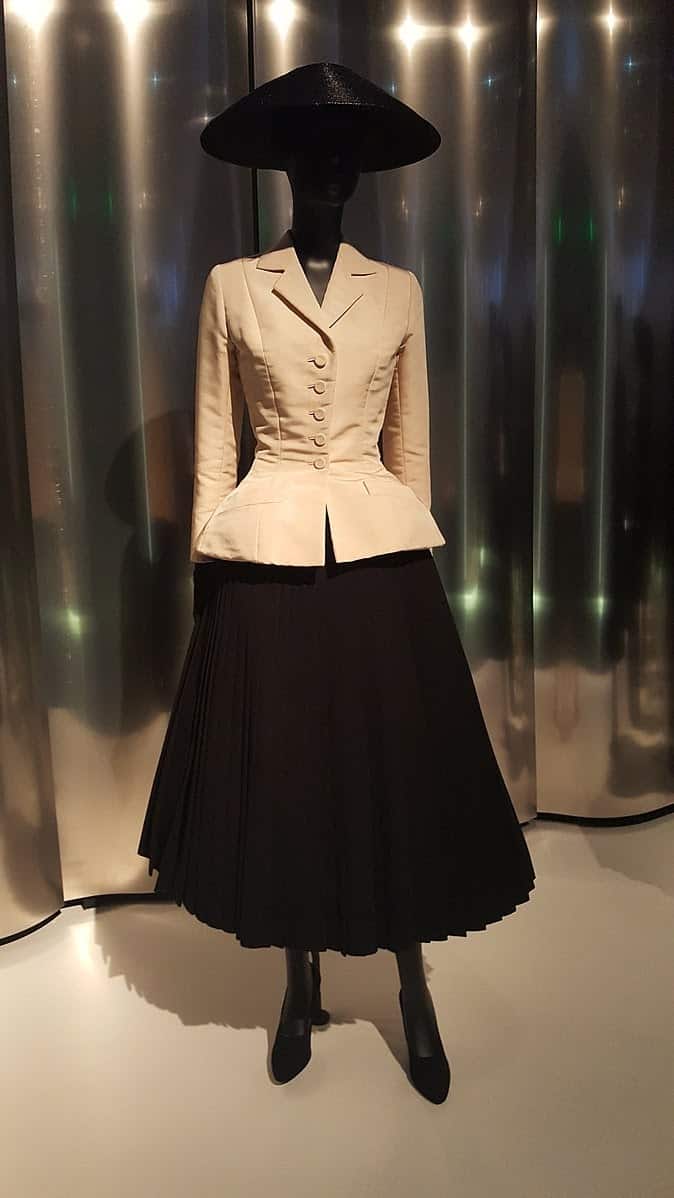 A poodle skirt is exactly what it sounds like. A skirt with a poodle on it. It’s often knee length or a tad longer, full, and incorporates the colors pink, white, and black.

You’ll often find them attached to leashes as well. However, its roots go back a bit further, to designer Christian Dior in 1947.

At the end of the war, women desperately needed a fashion refresh, and he delivered. In his 1947 New Look like, he features fuller skirts, rounded shoulders, and cinched waists. It resulted in an exaggerated feminine silhouette that made women feel glamorous once again.

The Invention of the Poodle Skirt

The poodle skirt was invented by an actress and opera singer named Julie Lynn Charlot in the same year that Christian Dior’s New Look came out. She was a newlywed, her husband had just lost his job, and she was in desperate need of something to wear to a holiday party.

While new clothes weren’t in the budget, she did have a bit of experience designing her own clothing for the stage. Even though she lacked experience as a seamstress, her mother owned a factory that used a lot of felt.

She was able to get the felt she needed for cheap, and she knew it would be easy to work with, as well as durable. She got to work replicating the full skirt style that was starting to become very popular.

The first skirt she designed featured seasonal appliques, and she left the party a huge hit. She decided to create three more designs and show them at a boutique in Beverly Hills. They sold like hotcakes and the store ordered more.

As fate would have it, dogs were also starting to become popular in the United States, and thanks to the 1st Westminster Dog Show in 1948 placed the poodle among the most classy and refined dogs one could own.

Even film executives asked their female starlets to pose with them. So, while one of Charlot’s first skirts featured a group of dachshunds, the boutique requested some poodles, and the rest is history. 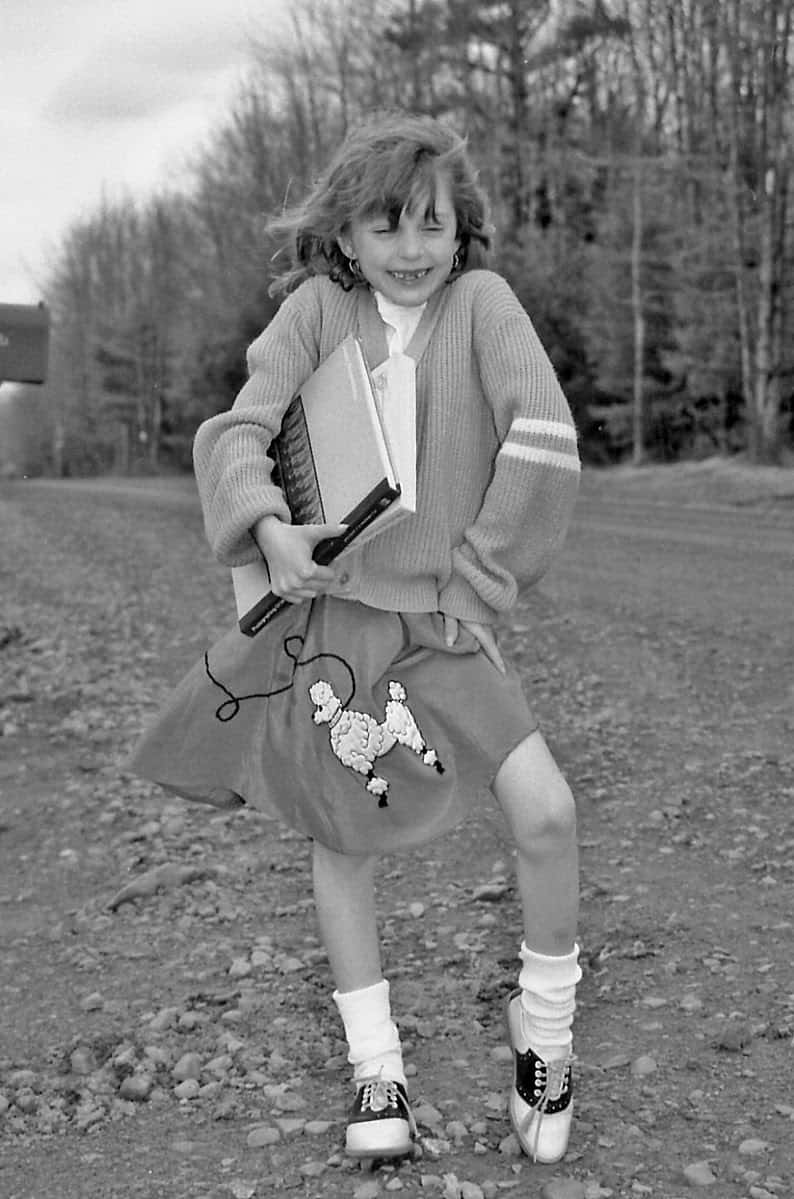 For years, girls of all ages loved the poodle skirt. The term became synonymous with any felt circle skirt featuring a large applique.

Poodles were very popular, but many other conversation starters began to appear, including the Eiffel Tower, martini glasses, hot rods, and records.

While Julie Lynn continued to make the skirts, she didn’t make any attempt to retain the rights to the look, allowing a lot of other people to make them, too. She worked closely with a pattern company to make a pattern so women who could sew could make their own.

Fashion designer Bettie Morrie loved backgammon, so she had a poodle skirt made with the game sewn onto the front. Now she could play backgammon wherever she went.

While her claim to fame was the poodle skirt, Charlot went on to design various other clothing items. She made other skirts, cardigans, halter tops, and a lot more. Many can be found on sites like Etsy or eBay, although they’re very rare and expensive. 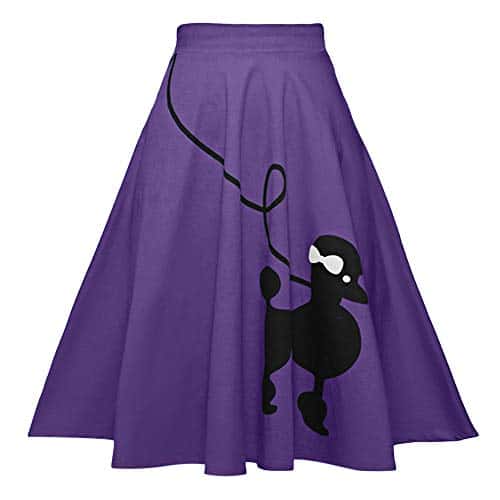 These days, you’ll often find poodle skirts worn by little girls at Halloween. However, the original Julie Lynn Charlot label is highly sought after. The label on the inside of the skirt reads, “Juli Lynne Charlot California.”

Original Juli Lynne Charlot poodle skirts are very difficult to find. It’s possible if you look persistently, you may find one on Etsy or eBay. You’ll likely pay hundreds, if not thousands for it.

If you’re looking for a poodle skirt of your own, there are plenty of places you can look. If you want an original, check places like Etsy or eBay. However, if you don’t mind a reproduction, consider one of these options:

Fashion changed drastically in the 1960s and the poodle skirt’s days were soon over. It wasn’t around for very long, but it has held a place in American history for more than 50 years.

It’s one of the most iconic pieces of fashion ever to grace our culture, so it’s a must for every fashionista’s wardrobe.