This invention has given us the power to light our darkest nights to assure our safety, change the way we work, and ultimately, it reshaped society as a whole.

Let us begin to take a journey out of the darkness and into the light, with a history of streetlights. 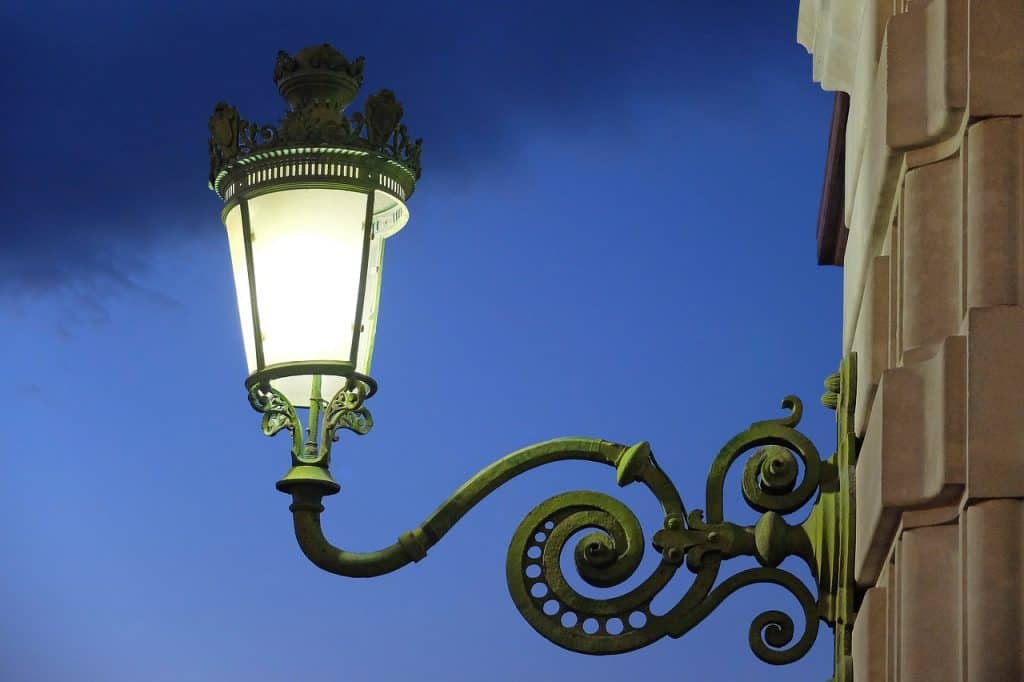 Streetlights and primitive forms of illumination were first seen in Rome and London, but it took hundreds of years for street lights to become prevalent once the precedent was set.

Streetlights in 500 BC: Natural Gas and Bamboo Pipes

There were many creative ways that people of ancient times tried to bring light to the pervasive darkness of ancient cities.

Peking, now known as Beijing, had primitive forms of streetlights that collaborated with nature itself.

The streetlights in Beijing were fueled by volcanic gas leaks channeled into bamboo pipes around the year 500 BC.

During the glory days of Rome, it was a dangerous time to be outside before streetlights were implemented.

If you went out when the darkness descended upon the city of a million inhabitants and you were not affluent, chances are, you risked getting mugged by roving bands of thugs and bandits, doused with chamber pots and ran roughshod by wealthy Romans.

To help combat the hazard of walking the streets in Rome at the time, wealthy Romans used vegetable oil lamps to light the front of their homes by help of slaves who were specifically trained to complete the work, and they would also keep an eye on the lamps and put them out, as well.

So, for a while, streetlights were limited to the wealthy and in the case of Peking, nature as well.

Because of this, streetlights were not widespread for a long time.

The first record of streetlights being mandated and in wide use was in London, in 1417. Through the mandate, the Mayor of London said that residents had to hang lanterns outside of their home, but only during the winter months.

Later, streetlights were lit by a group of boys called “Link-boys.” Link-boys actually had quite a dangerous job at the time; London was really no different than Rome when darkness fell, as the wealthy people of Rome had slaves to complete street lighting for them as well.

Link-boys were no different, they often had to be subjected to dangerous conditions when taking torches out to light the streetlights.

Sometimes, in their journey to light the streetlights, they would run into footpads.

Footpads were specialized and brutal thieves who preyed on pedestrians. And they did their best work at night. It’s not a wonder the wealthy did not want to be subjected to the task of lighting their own streetlights with footpads afoot! 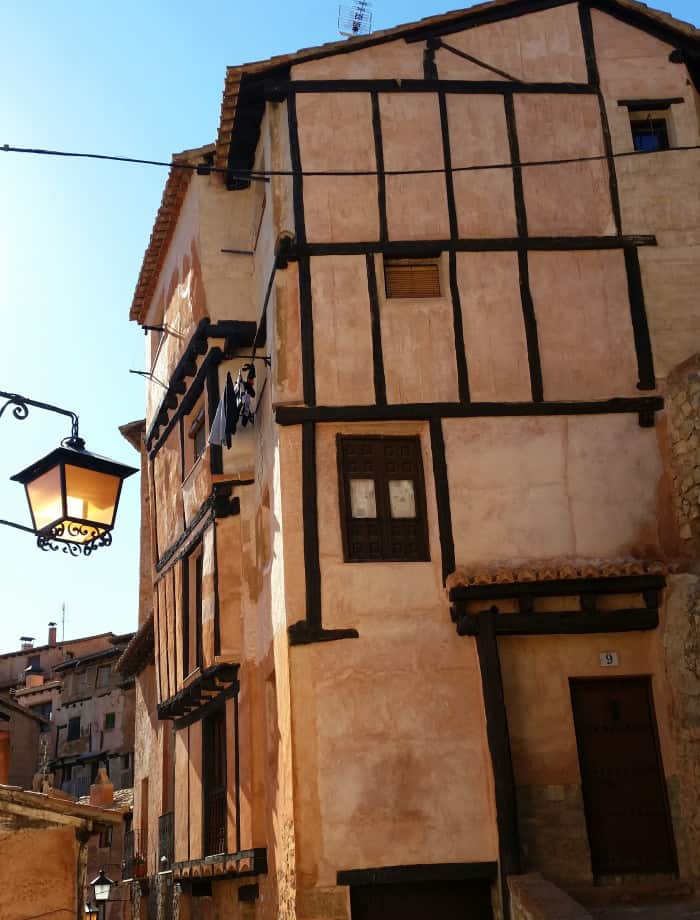 Another big and early moment for the history of streetlights was in 1667.

In the 17th century, King Louis XIV gave Gabriel Nicolas de la Reynie the task of increasing the police force of Paris and lighting the streets of Paris to reduce crime and increase safety for the inhabitants of the city: “Lanterns were placed on almost every main street and residents were asked to light their windows with candles and oil lamps. The idea was to prevent lawbreakers from dodging the police or hiding in dark alleys, therefore reducing the crime rate.”

Paris attempting to bring a widespread form of early streetlights to the city in the 17th century did more than just lower crime for the city; it helped coin a new name for it in the process.

After the mandate enacted by Gabriel Nicolas de la Reynie, Paris was given the name La Ville-Lumière, which is the City of Light in English. 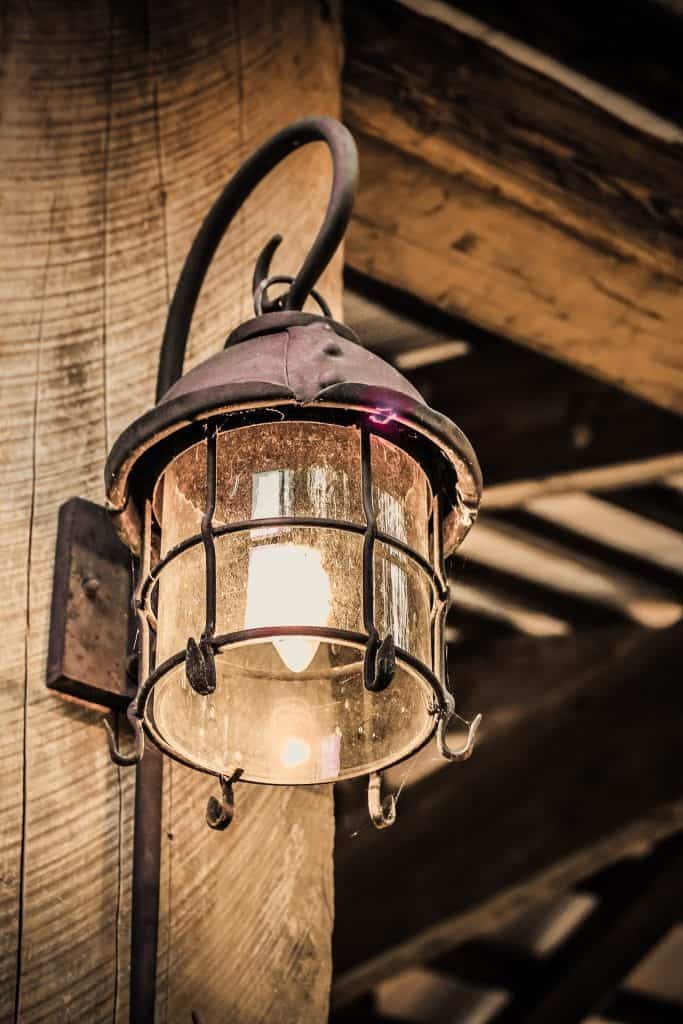 The 19th century was the next milestone for streetlights becoming a fixture in the modern city. The gas light was first widely efficiently developed in London, then the technology began to spread throughout the world – most notably in Baltimore, in the United States, and Paris, France.

It should be noted, however, that despite the gas lighting eventually won and became the standard of modernity, the advancement of gas lighting was not always met with awe, wonder and open arms, as noted by Charles Nodier in a foreword to an essay he wrote in 1823 titled “Essai critique sur le gaz hydrogène”:

Pours a flood of light

Onto its obscure blasphemers.”

1802: London, and the beginning of Coal and Gas Streetlights

The first coal lit streetlights were available for use in London, after first beginning their development by William Murdoch in the 1790s.

The first city in the United States that installed widespread gas streetlights was Baltimore, Maryland.

Rembrandt Peale used gas lights to light exhibits in his newly founded museum in Baltimore, and it reportedly had drawn the visitors like “moths to flame.”

In the time span of a week, the Gas Light Company of Baltimore built the infrastructure to enable gas lights to replace the whale oil lamps of Baltimore.

Paris followed soon after in 1820 with installing gas lights on poles. 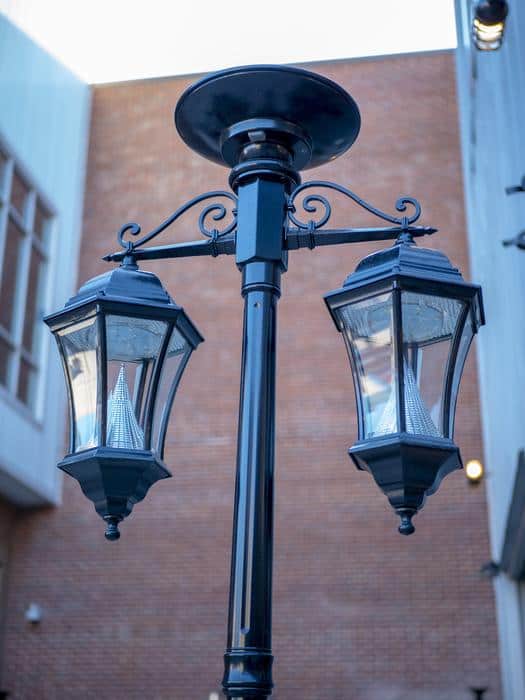 After gas streetlights came into wide use throughout the world’s big cities in the United States and Europe, streetlights had a new revolution to contend with: electricity and the lightbulb.

Which would presumably be Edison, America’s greatest inventor, right? …Wrong.

Well, if it wasn’t Edison, then, who was it?

After the “Brush Light” was installed, incandescent and fluorescent lights became prevalent throughout the United States to light city streets until the 1950s.

Shedding Light on the Importance of Streetlights

The streetlight has been an important invention for the modern world in ensuring safety for us all when we travel through and live in cities.

With the help of the streetlight, we did not have to end our work or cease our journeying into a brave future once the sun went down. Safety spread beyond the inside of our homes and to the streets where we could continue to live and work.

Wait for a power outage to appreciate the dangerous work completed by link-boys of London, or the inventors such as William Murdoch and Thomas Brush, who brought lights to our streets and bathed our streets with light, safety and ultimately, progress for our modern cities of today.