I’m not old enough to remember the days of party lines, buy my parents are, and I’ve heard many a story of the town gossip picking up when it wasn’t her ring, just to hear the latest juicy news.

I can only imagine what went on behind the scenes as the switchboard operator furiously routed calls by reconnecting wires, flipping switches, and pulling plugs. 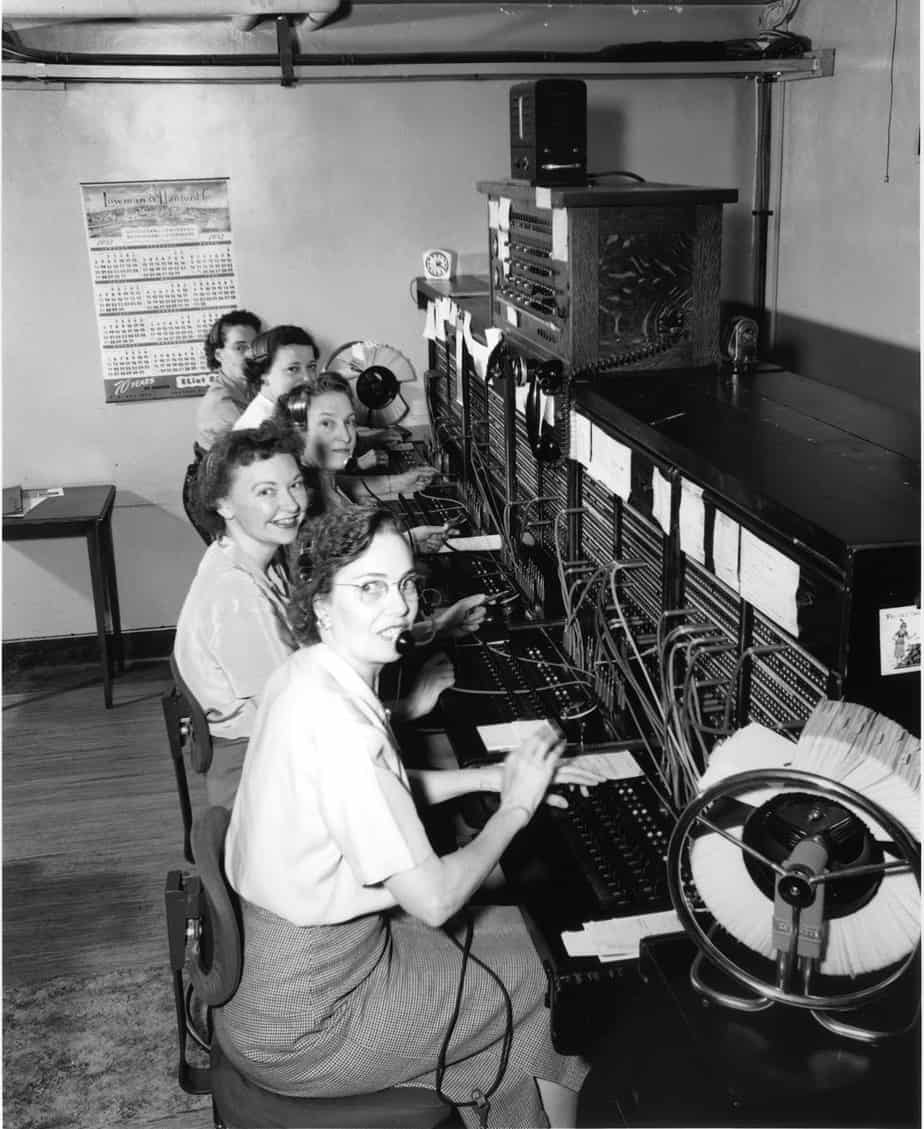 There’s something those happy faces aren’t telling you. Mainly that Helen just picked up the phone to hear that Judy’s husband lost his job, or some such rumor that will make its way through the grapevine by noon.

But what kind of phones were people picking up in their homes to listen in on these conversations? There are a lot of really cool antique phones, and watching telephones evolve is a fascinating experience. 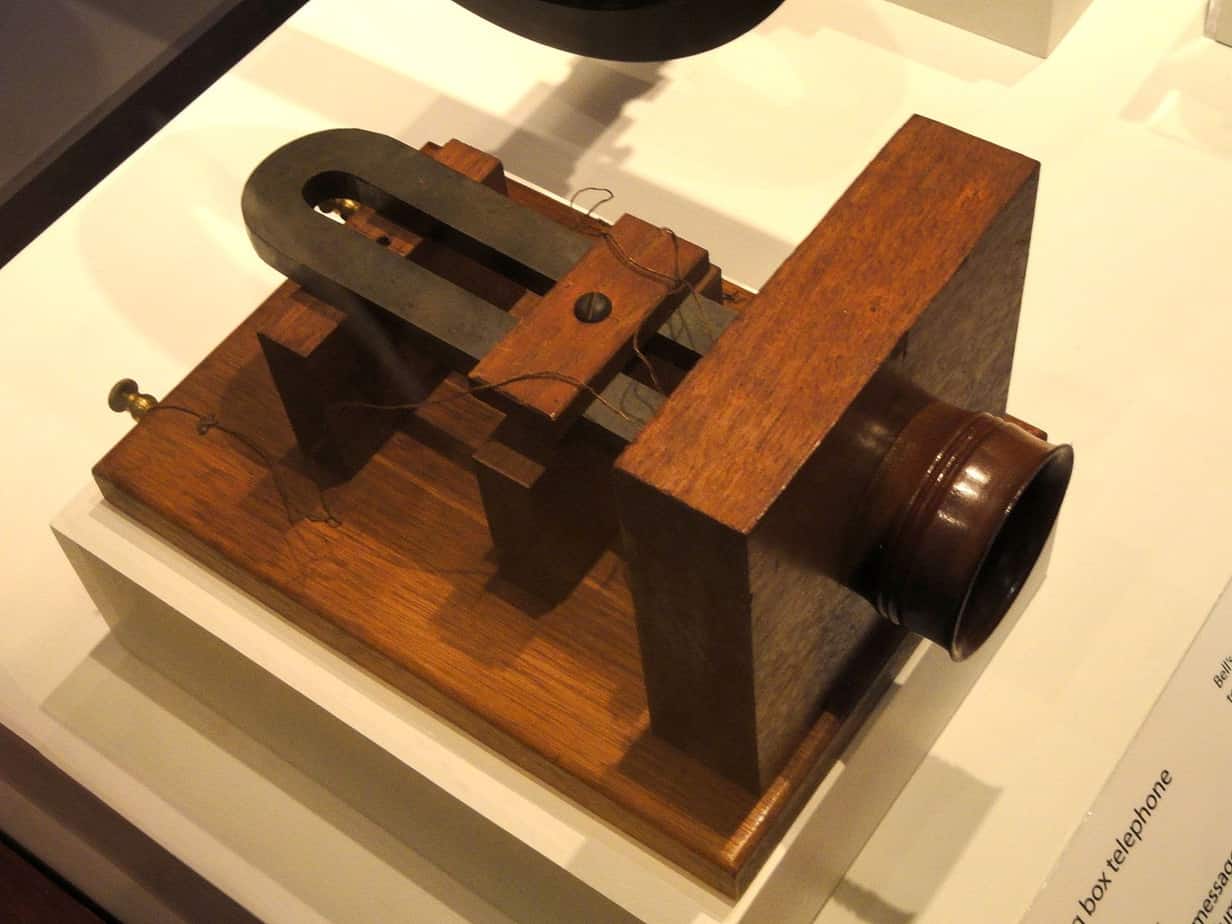 Alexander Graham Bell is famous for inventing the telephone, but he wasn’t the only one to create a device allowing people to communicate with one another. He and Elisha Gray both invented liquid transmitters that could transmit speech electronically.

Luckily for Bell, he made it to the patent office just a few hours before Gray, resulting in a patent for the telephone in 1876. He first used his telephone to call his assistant into his office by saying, “Mr. Watson, come here. I want to see you.”

In early 1877, the Bell Telephone Company established telephone lines in Massachusetts between Boston and Somerville. 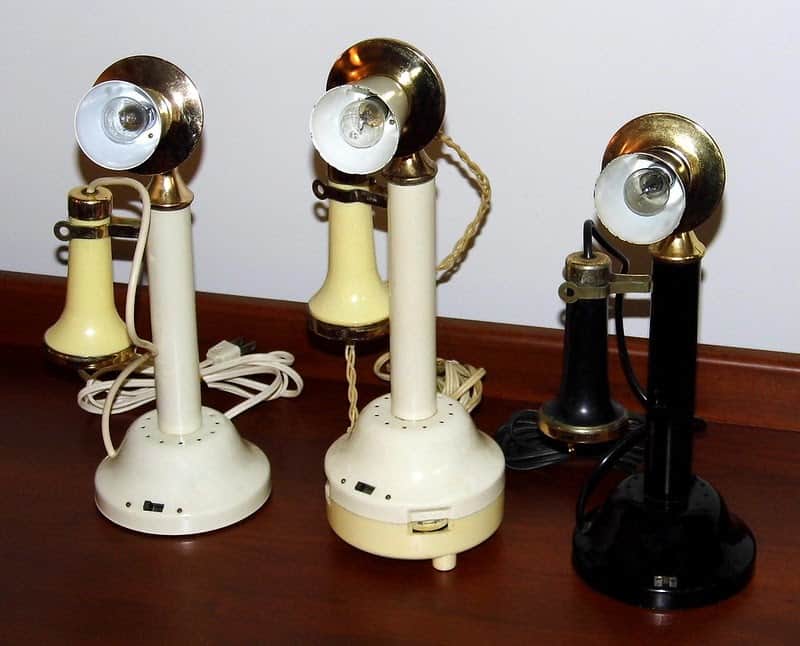 The next major evolution in telephone design came in 1890 and was popular until the 1940s. It is named such because it looks like a candlestick. It sits on a pedestal, has a mouthpiece at the top, and a separate earpiece hanging on the side.

To pick up the phone, you simply lifted the earpiece and you terminated the call by hanging it back up.

Many of us remember these, not because they were popular when we were young, but perhaps because our grandparents still had one or we’ve seen them in pictures, movies, or museums.

Early versions worked via a switch box and needed an operator to route calls, while later versions began including a rotary dial on the base that worked to route calls directly without the use of a switchboard operator. 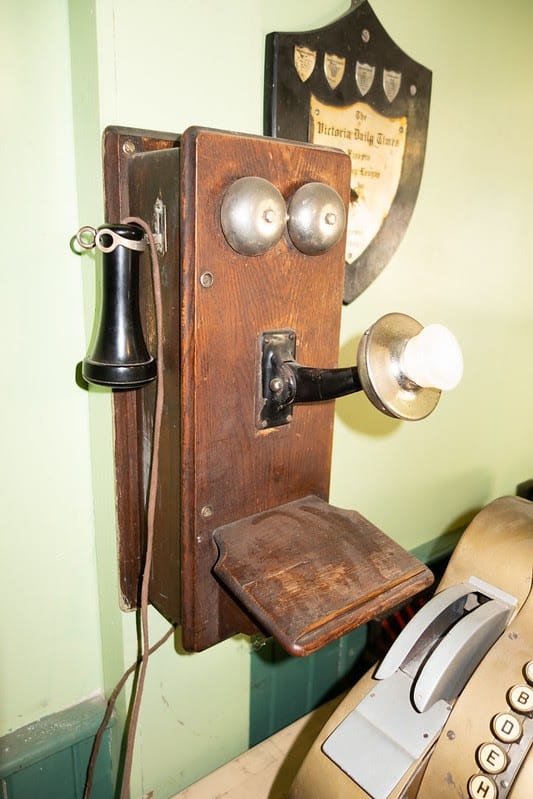 Candlestick phones later evolved into box phones that hung on the wall but operated in much the same way, with a microphone on the front and a receiver hanging on the side. You had to stand next to the phone to talk into it.

The candlestick model was developed in 1904. The primary manufacturers of these phones were Western Electric, which was a division of AT&T, Automatic Electric Co., Kellogg Switchboard & Supply Company, and Stromberg-Carlson.

Even after this type of phone became obsolete, companies like Crosley Radio and Radio Shack made novelty versions of them for more modern use. 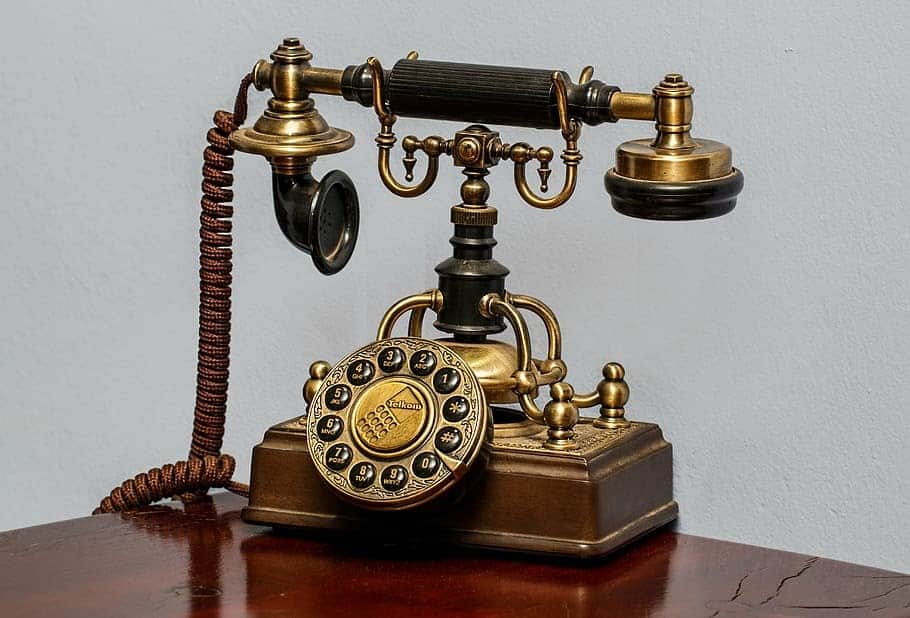 The rotary dial was a major advancement in telephones because it meant that you could directly dial a phone number and reach your intended party without having to go through a switchboard operator.

No more party lines, no more operators, and no more snooping on other people’s conversations.

This type of dialing uses signaling technology known as pulse dialing. The circular design of the numbers gives each number a starting position. Rotating the dial to the finger stop indicates a different angle for each digit.

Because the dial is spring loaded, once the dial is released at the finger stop, it automatically rotates back to the starting position at which time you can select a new number and rotate it again.

Rotary dial phones first appeared in 1904, but these early versions were only used by independent telephone companies. They weren’t used with the Bell System until 1919.

Even then, they weren’t common in households until the 1950s. However, the design worked well and was around until the 1980s.

While this method was more private than using a party line, it was also very time consuming.

Their popularity began to fizzle as electronic push-button phones were released, but both were in use for a period of time. 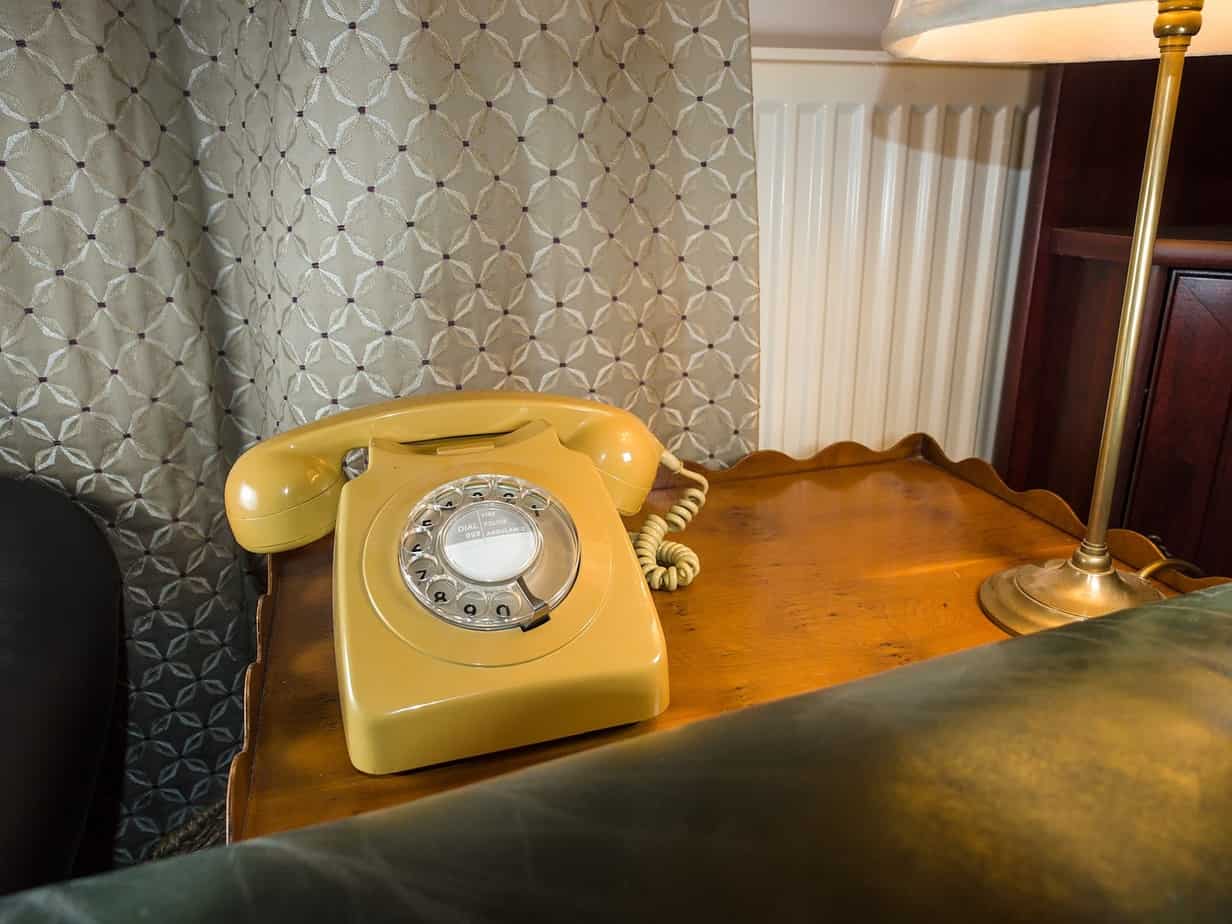 The first electronic push-button phone was released in 1963 at the World’s Fair. This type of design relied on dual-tone multi-frequency technology. This pulse dialing idea would eventually become the standard, but when it was invented, telephone systems were not yet able to decode the tones.

Most telephone exchanges in the 1960s and early 1970s operated using the pulse dialing that was already popular with rotary dial telephones. Only a few private branch exchanges could support this electronic push-button dialing.

The first push-button system was created by Bell Telephone, but companies in the UK like Marconi-Elliott, Pye TMC, and GEC quickly followed.

As telephone systems began to support this type of electronic dialing, other phone manufacturers like Western Digital and Kellogg began to produce them, too.

It wouldn’t be until the 1980s, when AT&T (one of the major monopolies in the telephone industry) agreed to dissolve its antitrust and divide into seven different companies and allow other manufacturers to develop telephones.

Designer Phones in the 1980s

These days, retro nostalgia is all the rage, and the designs of the 1980s have come back in full force. I wouldn’t call these phones antiques, but I would say they’re highly collectible.

Memorable designs include the following:

Other novelty and collector phones include: 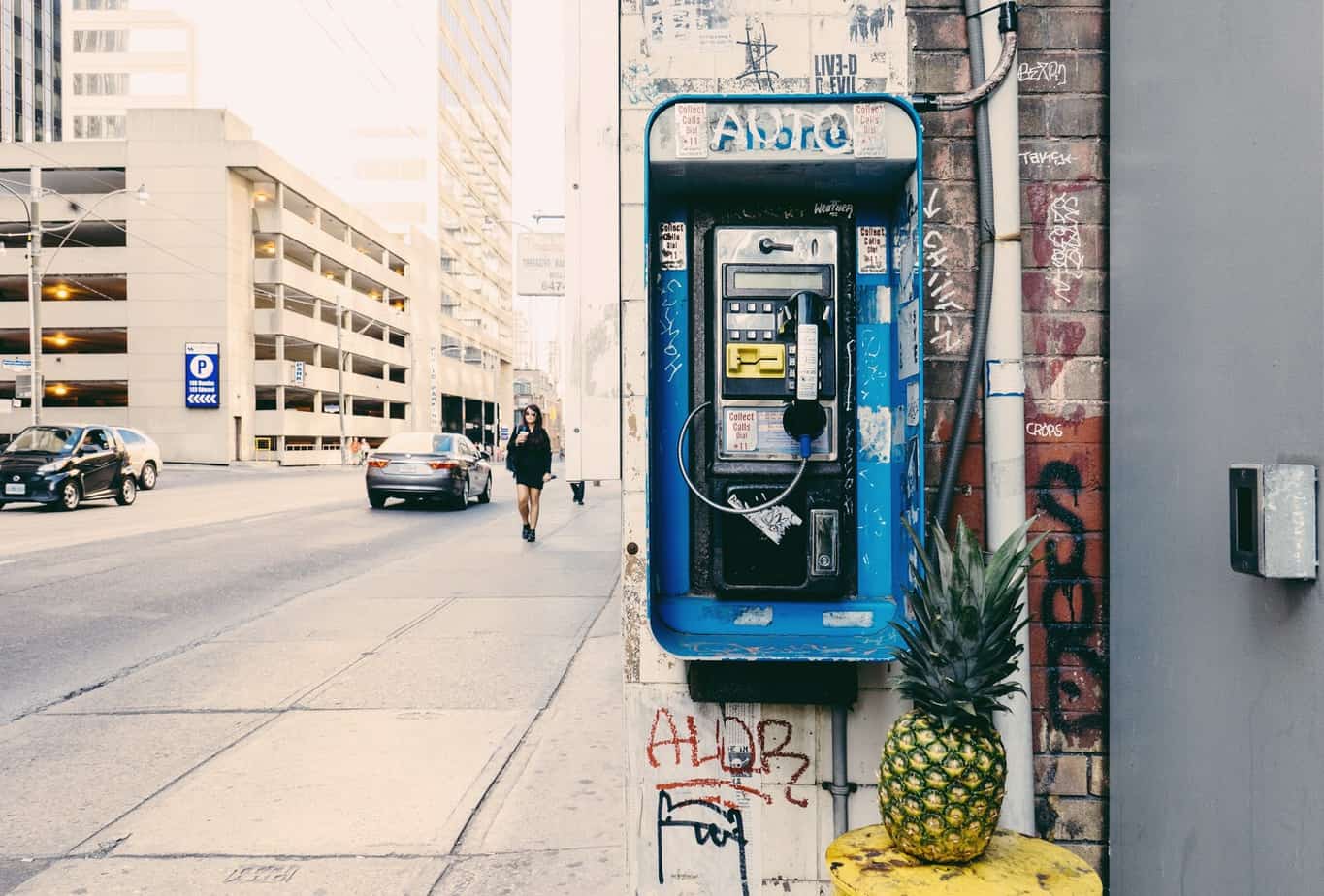 Believe it or not, the first pay phones started popping up in Chicago in 1889. The idea of a prepaid phone that you could use wherever you were grew in popularity rather rapidly, and by 1902, there were over 80,000 in the United States.

In 1960, there were one million, and at the peak of payphone use, there were more than two million of them across the country. However, with the rise of personal cell phone use, the number of payphones in 2018 was only about 100,000. Many of them are no longer supported.

Quite a few different manufacturers supported these coin operated pay phones, including AT&T and many other private companies. AT&T stopped supporting their pay phone service in 2009, and the others followed one by one throughout the next ten years.

Pay phones were a huge part of pop culture. They were found on every street corner and in almost every movie and TV show. They’re a novelty item today and it’s rare and exciting to see one in person, especially if it’s still operational. 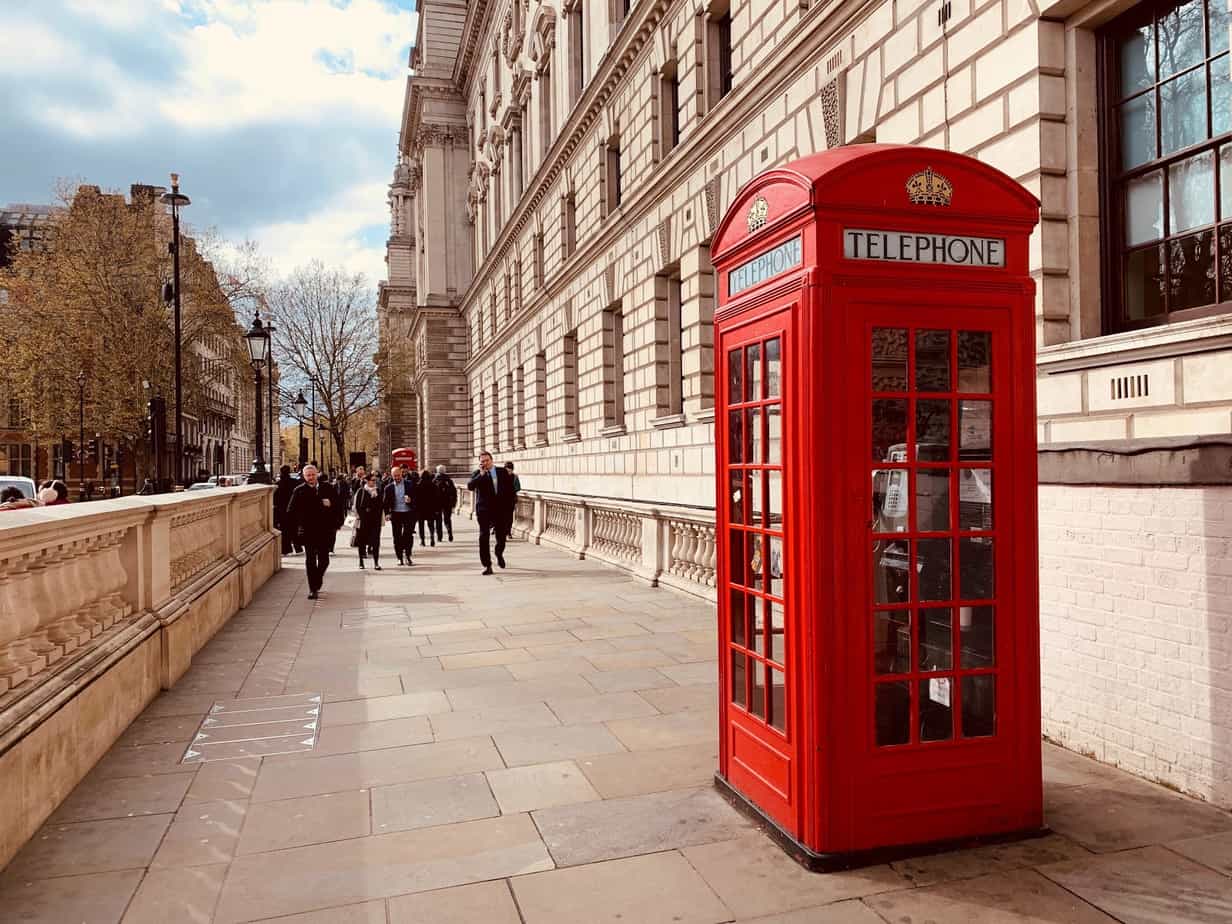 One of the most iconic pay phone designs is the telephone booth found on street corners in England. Many of these still stand and are a huge tourist attraction for those who visit, despite the fact that they are no longer operational. Many have been replicated or transplanted, and can be found all over the world.

There are a lot of other significant developments in the life of the telephone including car phones, personal cell phones, flip phones, and the first smartphones.

We started out the 20th century with Bell Telephone (which eventually became AT&T) having a monopoly on the manufacturing of phones. In the 1980s, AT&T divided and we ended up with dozens of telephone companies.

We seem to have come full circle now with the major carriers merging back together. Throughout the journey there have been plenty of beautiful and interesting designs, many of which we simply didn’t have time to cover here.