The hallowed ground where our ancestors lay has long been the subject of myths and legends. But in the case of enduring stories and reputations, not just any burial ground will do: You’ll have to look towards the oldest graveyards to really get a sense for a culture’s take on death, dying, and the afterlife.

We’ve often sat in reverential awe within the walls of old cemeteries, letting our minds wander over the stories that each of those tombstones holds. It’s natural, then, that we’d want to explore even more — and share that with you in this guide to the oldest graveyards in America and the world.

Follow along as we uncover the history of graveyards, cemeteries, and burial customs, discover the differences in types of graveyards, and then explore the majesty and wonder of the oldest graveyards in the world.

Let’s journey carefully and respectfully from the land of the living into the abode of those long past.

History of Graveyards and Cemeteries 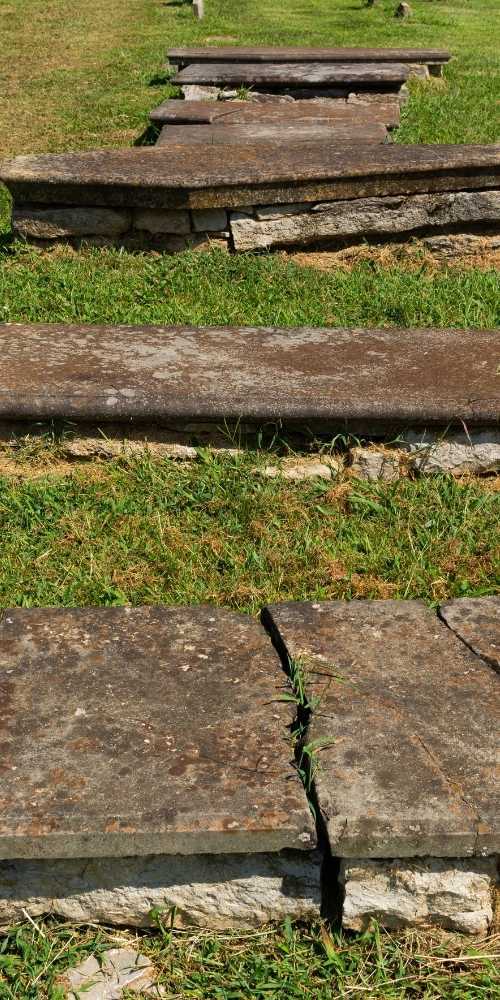 Did you know that the word “cemetery” comes from the ancient Greek phrase for “sleeping place”? It’s true — and in its most literal meaning, the word cemetery applied only to the Roman catacombs. Though graveyard has come to be used interchangeably with cemetery, it originally referred to the burial ground found within the confines of a churchyard.

Whatever you’d like to call them, graveyards have a long history in human cultures — with the oldest remnants of burial grounds stretching back to the paleolithic period, 14,000 to 15,000 years ago. They’re a hallowed site of reflection that marks a rite of passage from the land of the living into the land of the dead, and feature significantly as a place for funerals in Western culture.

It wasn’t until the rise of highly populated cities that large graveyards came to be, as previously the small churchyards and outfield areas of settlements were large enough to house all of a population’s deceased. With the onset of the cholera epidemic in the early 1800s, Britain created the first municipal cemeteries outside of London, giving a final resting place for thousands of victims of the epidemics sweeping the nation at the time.

Of course, these municipal graveyards were only the most recent addition to a long-running history of burial grounds. Next, let’s take a look at some of the most common types of graveyards seen throughout history.

Everywhere that burials take place, local populations have determined their own best ways to house their dearly departed. What follows is not an exhaustive list of types, but a general overview of what sort of graveyards you might expect to see across the world.

Located inside of a town, village, or larger city, urban cemeteries were once located almost exclusively in churchyards. Often a product of necessity because of the rapid urbanization of much of Europe, the earliest urban graveyards were haphazardly laid out. With the development of city planning, urban graveyards took on the orderly, row-by-row appearance seen today.

Monumental cemeteries are marked by their use of headstones or other stone features to mark their graves. The random collection of monuments is most often put in the care of the families with members buried there, and can lead to an overall dilapidated appearance. Sometimes, large and ornate monuments are erected to honor prestigious members of a community.

Built in the style of a public park, garden cemeteries are also known as rural cemeteries. They originate in the designs of British architect Sir Christopher Wren, who set out the planning for a park-like graveyard in 1711. It would not be until 1804, however, that the first garden cemetery made its debut: The Pere Lachaise Cemetery, in Paris.

Large and expansive, lawn cemeteries are the natural successor to the garden style cemeteries of Europe. First introduced in the United States in 1855, lawn cemeteries’ wide vistas and open spaces make them appealing to the families of those interred within.

The most recent development in cemeteries, natural or “eco-cemeteries” are intended for burials without coffins. Citing the desire to be environmentally conscious and allow for natural decomposition, they do not feature tombstones — instead marking graves with newly planted trees, or natural stone features.

In response to the increasing use of cremation, columbarium walls offer a permanent monument within a graveyard where the deceased’s loved ones can visit and reflect. They are most commonly seen as walls of brick, with plaques commemorating those that have passed on.

In the early days of America, private cemeteries were the most common way of interring the recently departed. In the absence of churchyard cemeteries, families would stake out a plot of land nearby their fields, and erect tombstones or small markers to commemorate the dead.

The 5 Oldest Graveyards in America 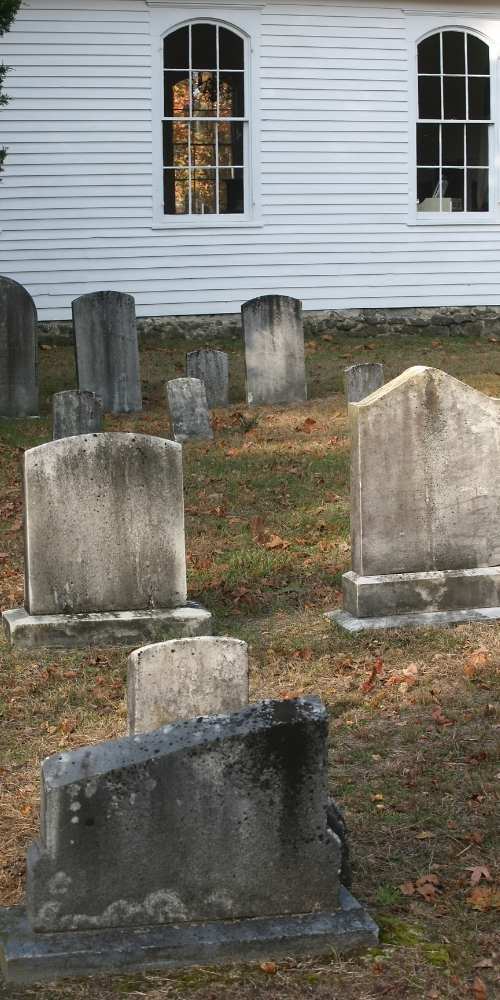 With the settlement of the first colony in Jamestown, Virginia in 1607, America began its lengthy journey of expansion. Here are the oldest graveyards that still exist in the United States:

Located in Duxbury, Massachusetts, Myles Standish Burial Ground is the first known cemetery in the newly founded United States. It dates all the way back to 1638, just under two decades after the settling of nearby Plymouth.

Established 1 year before Myles Standish Burial Ground, but without any tombstones dating to that year, Old Burying Point is the second oldest graveyard in America. Located in Salem, Massachusetts, it shares heritage with the Salem Witch Trials. While no accused witches are buried here, other townspeople involved in the trials are.

One of the largest cemeteries in the United States, Arlington National Cemetery is a landmark located on the outskirts of Arlington, Virginia. It is home to the graves of hundreds of thousands of soldiers, many of whom were killed in the American Civil War, and was established in 1864.

Built in Queens, New York in 1848, Calvary Cemetery is the largest graveyard in the entire United States. More than 3 million people are buried here, many of whom were the victims of tuberculosis and cholera outbreaks in nearby New York City.

The oldest graveyard in New Orleans, Saint Louis Cemetery #1 was built just blocks away from the famous French Quarter. Established in 1789, it is home to the tomb of Marie Laveaux — a famous Voodoo priestess that has sparked a huge number of rumors and legends.  Two other cemeteries were built to expand upon #1, with #2 being located only a few blocks away while #3 is found further up Canal Street, in the MidCity neighborhood.

The 5 Oldest Graveyards in the World 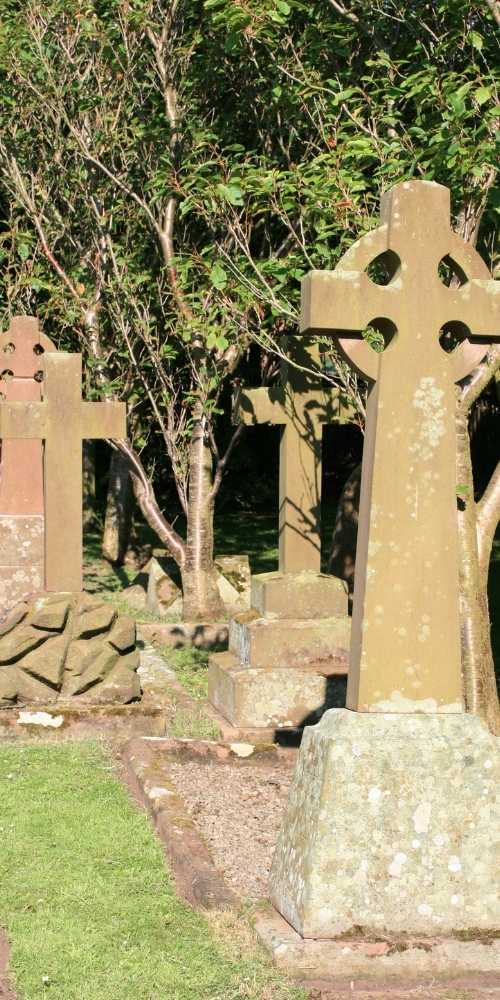 Burial customs are found all over the world, so it should be no surprise that cultures older than the United States lay claim to much older graveyards. Here are five of the oldest recognized graveyards in the world:

Believed to be the oldest “true cemetery” in the world, where generations of dead were buried with care and reverence, Gross Fredenwalde dates back to more than 8,500 years ago. Located northeast of Berlin, it has been the source of much speculation by archaeologists, who note that mesolithic-period graves rarely bear the marks of organization found in Gross Fredenwalde.

With construction dating back to 3000 BCE, and the first remnants of an organized cemetery established in 1200 BCE, Kerameikos is Greece’s oldest graveyard. Located on the site of ancient Athens, it is found not far from the city’s acropolis — a site of great religious significance.

Swat Valley, Pakistan is home to Udegram Cemetery, a 3,000-year-old burial ground with 32 identified graves. Within these graves, archaeologists found artifacts believed to have belonged to the Dardic people, including pottery, copper ornaments, hairpins, and bits of iron.

Established around 3,000 years ago in Jerusalem, Mount of Olives Jewish Cemetery is home to an astonishing number of graves — with archaeologists estimating the number interred there to be between 70,000 and 300,000. With close ties to biblical events, it became a site of pilgrimage for many Jews throughout history.

Found in Mount Koya, Japan, Okunoin Cemetery is Japan’s largest and most religiously significant graveyard. Built in 819 CE, it is the resting place of the founder of Shingon Buddhism. A legend accompanies master Kukai’s burial here: That he is not really dead, but in a prolonged state of meditation while he waits for the future Buddha to arrive.

That concludes our brief tour of the world’s oldest graveyards. Have you visited any of these historical sites? Which ones would you most like to see in person? Even if you can’t travel right now, we hope that this article inspires you to keep exploring in whatever way you can.