How do you take photos every day? If you are like the rest of the world, you probably take photos with the same thing you’re reading this with: your smartphone.

We often take it for granted that we can take photos of anything and see them instantly at a moments’ notice. Not even half a century ago, we did not have the luxury of instant photography by help of a cell phone or digital camera.

We relied on the giant that came before us: the Polaroid camera.

Do you remember what a gift this was to the world, wanting to preserve memories and images, but without the wait of developing the film?

Where did Polaroid technology go, and why is there a resurgence in instant photography popularity today?

Let’s take a look at the history of Polaroid’s instant photography. 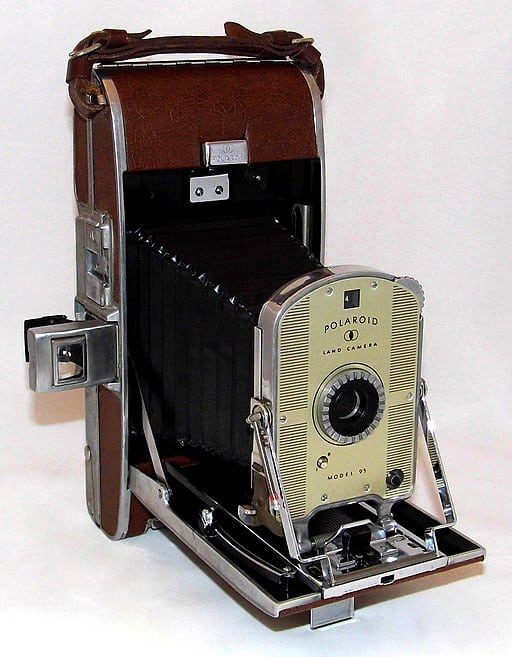 Before the invention of the instant camera, people would have to wait at least a week to see how a photo turned out.

The American Chemistry Society tells us before instant photography, you’d have to take a photo, and then take the roll of film to a laboratory for development.

The chemical bath in the laboratory developed the photos – and you wouldn’t even know if the photo was even any good for at least a week.

Then along came the physicist (and later inventor) Edwin Land, referred to as Dr. Land.

He is the inventor of the first instant camera, and the instant camera as we know it now all began when his daughter asked why she couldn’t see the photo he took of her instantly. 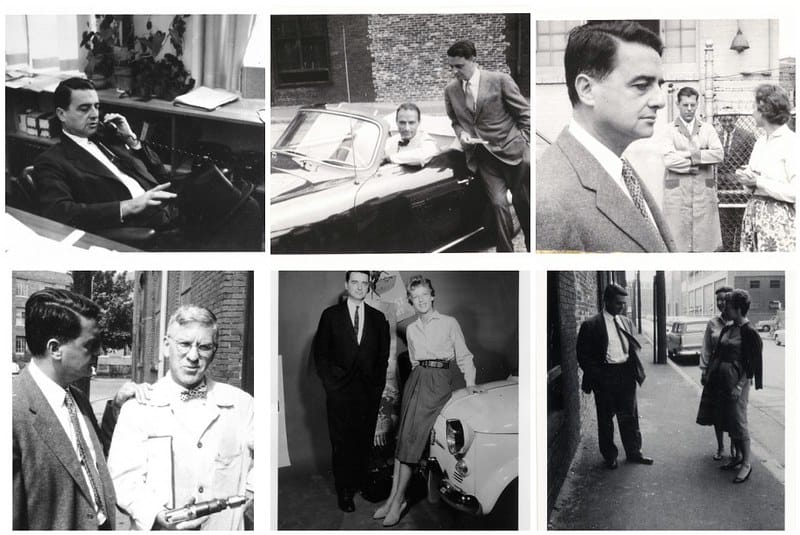 You can imagine an impatient child obviously isn’t happy waiting for anything, which I’m sure led to her asking the question.

It was a productive question indeed, because it immediately inspired Land to research a quicker development process for photography, according to the American Chemistry Society:

“Years later, he recalled, ‘Within an hour, the camera, the film, and the physical chemistry became so clear’ that he immediately set off to speak with his patent attorney.”

The result of this immediate inspiration led to the invention of instant photography.

The invention of the first Polaroid camera made use of two new types of technology:

A New Camera and New Film: The Land Model 95 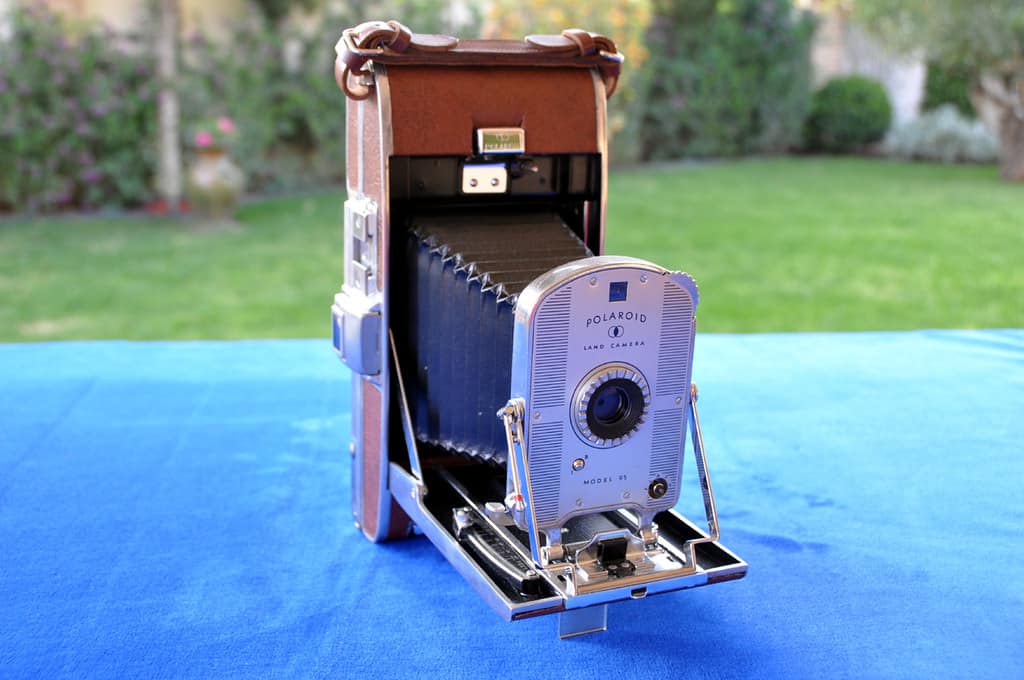 “Land’s system required a new kind of camera and film, a system that would compress all of the components of a conventional darkroom into a single film unit, to be processed in under a minute after being ejected from the camera.”

Dr. Land accomplished this by developing film technology that used both a negative side for the film, and a positive receiving side that performed the chemical reaction necessary to reveal the image.

When the film would be released from the instant camera, the chemical processes would begin to reveal the image, rather than needing to take it to a laboratory to do so.

Here’s the process of how taking a photo with Dr. Land’s new instant photography film worked:

Land severely underestimated how popular the Land Model 95 would be when it first debuted on November 28, 1948. 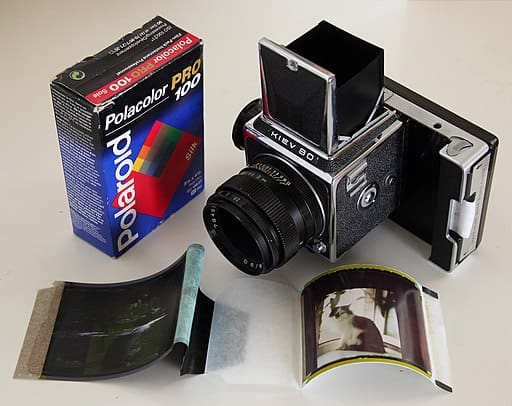 When the 1960s came upon the field of photography, Polaroid needed to compete with traditional photography, which had just developed color photography.

The road to instant color photography was a long and arduous journey that began long before it was finally released in the 1960s.

The result was the release of Polacolor pack film for instant color photography.

Related: Learn about the history of the 35mm camera

Polacolor pack film was released in 1963, but it took from the 1940s for a team of chemists working for Polaroid to figure out how this technology could provide instant color photography.

Instead of using two layers to produce sepia or black and white instant photography, instant color photography had to use three negative layers to record color.

The emulsive layers were sensitive to the type of light molecules that struck each layer; there would be one for red, green and blue, and the magenta, cyan and yellow were complementary colors that would aid in developing the colors in the photo.

Chemists had to spend time testing on the reaction of different kinds of molecules to produce accurate depictions of colors in instant photography. 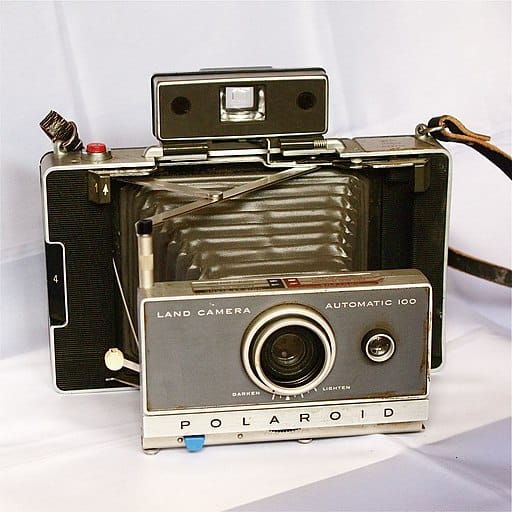 Integral film: All the layers in one

The Polaroid Land Model 100 Series was the first series of cameras that made use of Packfilm, and they were released for sale in 1963.

The price tag on the first Polaroid Land Model 100 Series camera was $165 dollars; adjusted for inflation, that would be $1452!

The next development for the Polaroid company would be integral film.

Integral film technology didn’t require having to peel apart the positive/negative film to reveal the image. 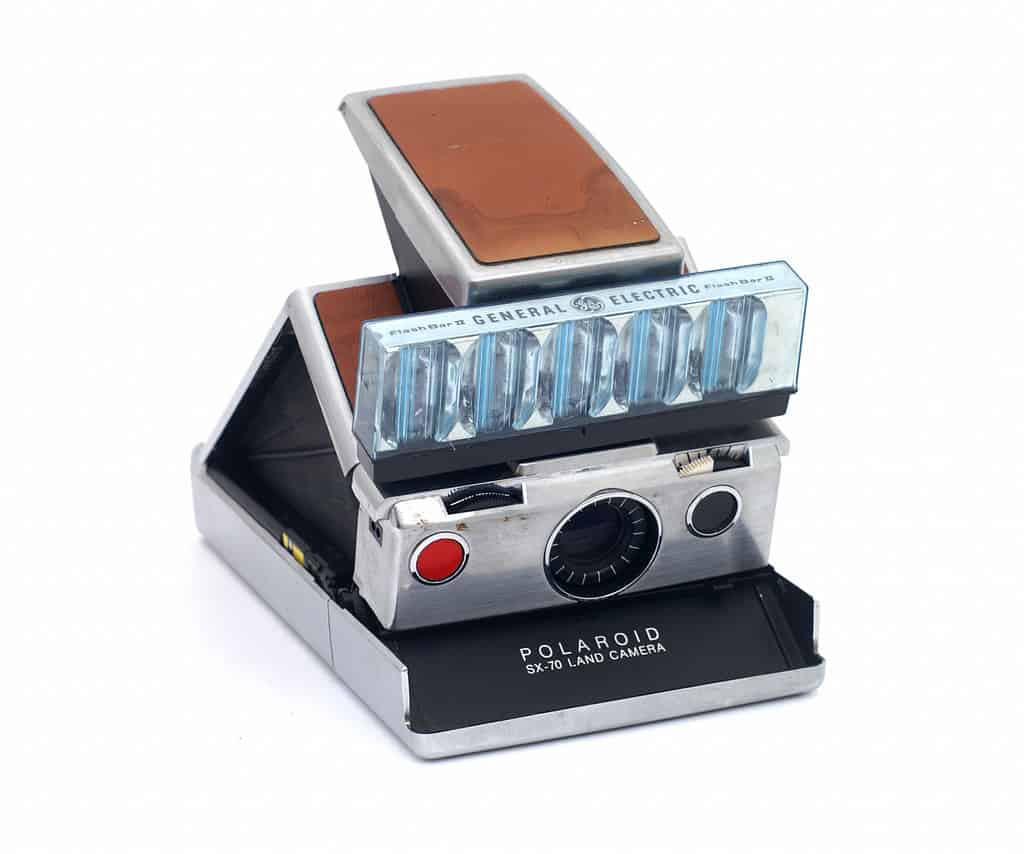 Instead, all of the layers were integrated to create self developing prints. The SX-70 Camera was the first camera to make use of integral film technology. The Polaroid SX-70 is one of the most famous instant cameras in the world. It was the first instant SLR camera ever made, and the first to use Polaroid’s now-iconic instant film which brought photos to life the moment they left the camera.

In the 1980’s, the Polaroid camera started to decline in popularity.

Edwin Land resigned from the company in 1981 following a company write-off of $89 million dollars.

The last contribution of Dr. Land’s work was the unveiling of his “living image system,” which was an instant motion picture film cassette.

After that, the Polaroid company shifted its focus away from the market for instant pictures, which was declining.

By the time the year 2001 arrived, the decline of Polaroid since the 1980s led to the company filing for bankruptcy.

They had been deep in debt for a number of years, and the decline in their stock was a key indicator that their senior management failed to anticipate technological advances and shift their marketing accordingly.

According to the New York Times, the decline in the company was slow and anticipated, and they focused their products on trying to build sales from introducing instant photography to developing nations, along with ignoring shifting to developing battery technology for sales.

2008 – Now: The Impossible Project to Polaroid An 80s style Polaroid 600 type camera with a boxy square body you can tell from a glance which era this camera was made in. The basic 600 type is the perfect camera for anyone who’s just getting started with instant photography. I

In 2008, Polaroid filed for bankruptcy once again, and that seemed to be the end of Polaroid as we knew it.

However, a group of Dutch entrepreneurs were not willing to let go of Polaroid that easy, and started the initiative titled the Impossible Project.

The process of resurrecting the Polaroid camera was not easy; once the lease for the company was acquired and there was access to the Polaroid machinery, it involved redeveloping some processes all over again:

“But although the machinery was there, the patents and other IP for the famed Polaroid instant film were not. So they basically had to reinvent the process from scratch — and the early results were pretty rough.”

The Impossible Project actually turned out to be possible, and the world now has the gift of instant photography, once again.

There are two reasons for the resurgence in interest of instant photography, according to Polaroid President and CEO Scott. W. Hardy:

Now, and looking ahead: Polaroid as Timeless Technology 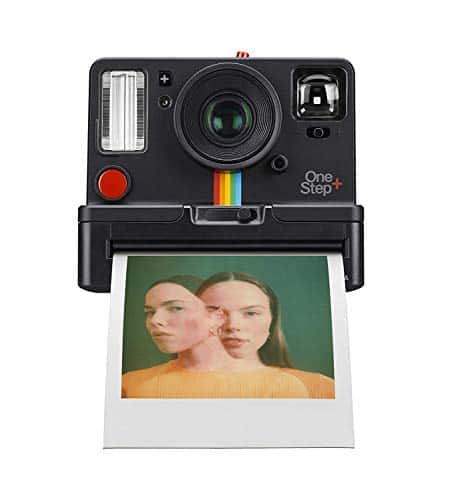 It looks like now that Polaroid cameras have returned and are surging with popularity due to the nostalgic feel and tangible advantage of being able to hold a photo. A simple and fun camera with a true point-and-shoot ethos, the white Polaroid Now is a modern and up-to-date take on a traditional instant film camera. Use the integrated Polaroid app to explore fun techniques like double exposures and light painting, take full creative control with manual mode and a remote trigger, or frame your perfect close-up with the additional portrait lens.

And, not only new cameras, they resurrected some old Polaroid cameras for nostalgic appeal:

What we perhaps thought was the end of the instant photography age left us mistakenly sure that what’s new will always replace the old.

With the advent of photography based apps such as Instagram now sporting photos of instant photography photos now being seen and displayed in our homes, it seems Edwin Land gave us a timeless technology to help us preserve our memories for years beyond what we had previously thought.