Rocking chairs were once a treasured furniture piece. They not only encouraged relaxation but served as art. While they aren’t relied upon much anymore, they are still a quintessential piece of history, especially early America.

This post will explore the background of the rocking chair and its different styles. 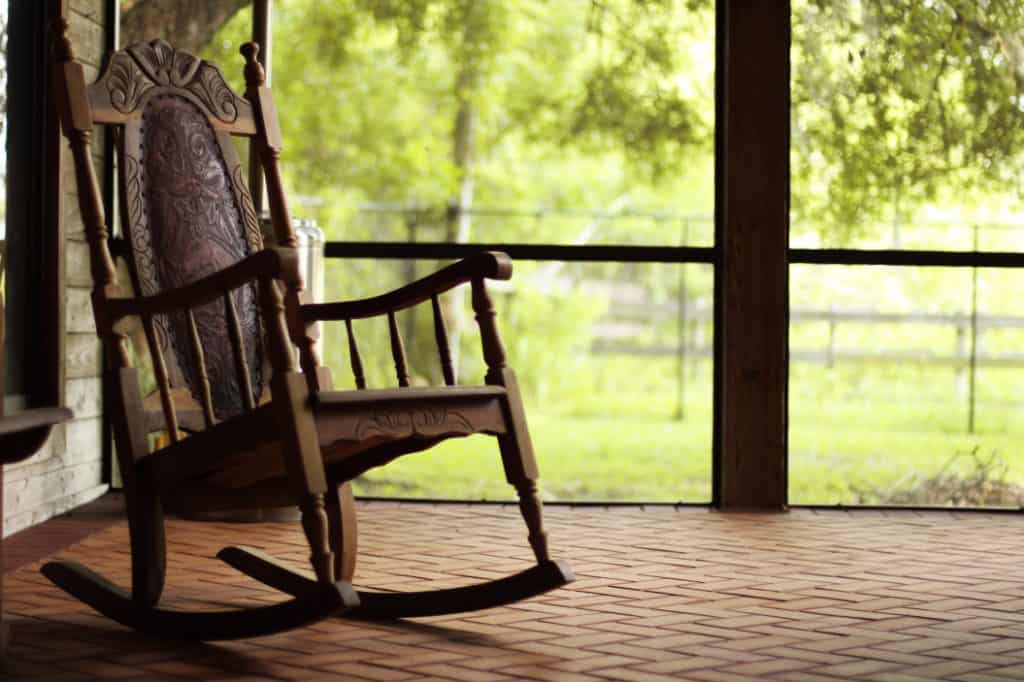 Rocking chairs are thought to have first entered the market in 1710 in Europe. They were originally designed for hospitals to help new mothers calm their babies.

Eventually, this furniture piece spread to America, mainly with the help of the Shakers. This community created thousands of chairs for its members to enjoy, something which caught the eye of others.

Numerous people worked to replicate it while also adding their own touch.

It’s not known who the original creator of American rocking chairs is, but some mistakenly believe it to be Benjamin Franklin. Despite this common opinion, rocking chairs were used long before Franklin was born. 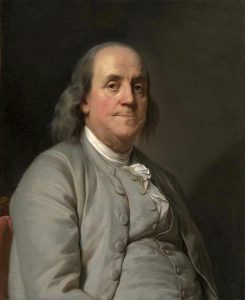 Instead, Franklin helped popularize it in the New World. He was particularly known for his large rocking chair that was kept in his library.

The rocking chair continued to be a desirable item for decades, but slowly lost traction when contemporary furniture pieces, like couches, became widely available.

To many, a rocking chair is a comfortable piece of furniture that pays homage to the olden days. While this is true, during their heyday, they had a greater purpose.

As these chairs became more in demand during 19th-century America, they were soon considered to be a symbol of the middle class. If someone saw a rocking chair in a home or on its porch, they could quickly tell the status of the family. 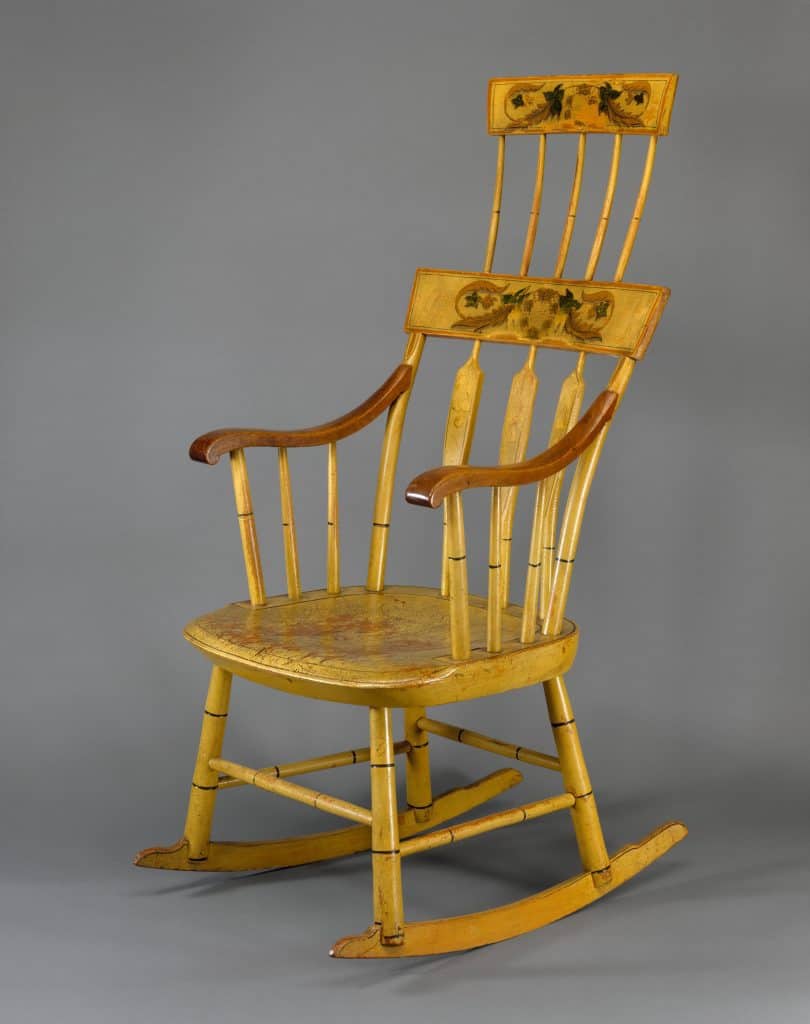 Historic rocking chairs were either assembled in America or England. It can be difficult to tell which item was made where though. However, there are a few aspects you can look for.

Many antique rocking chair styles were produced throughout the years. Below are some of the most common designs. 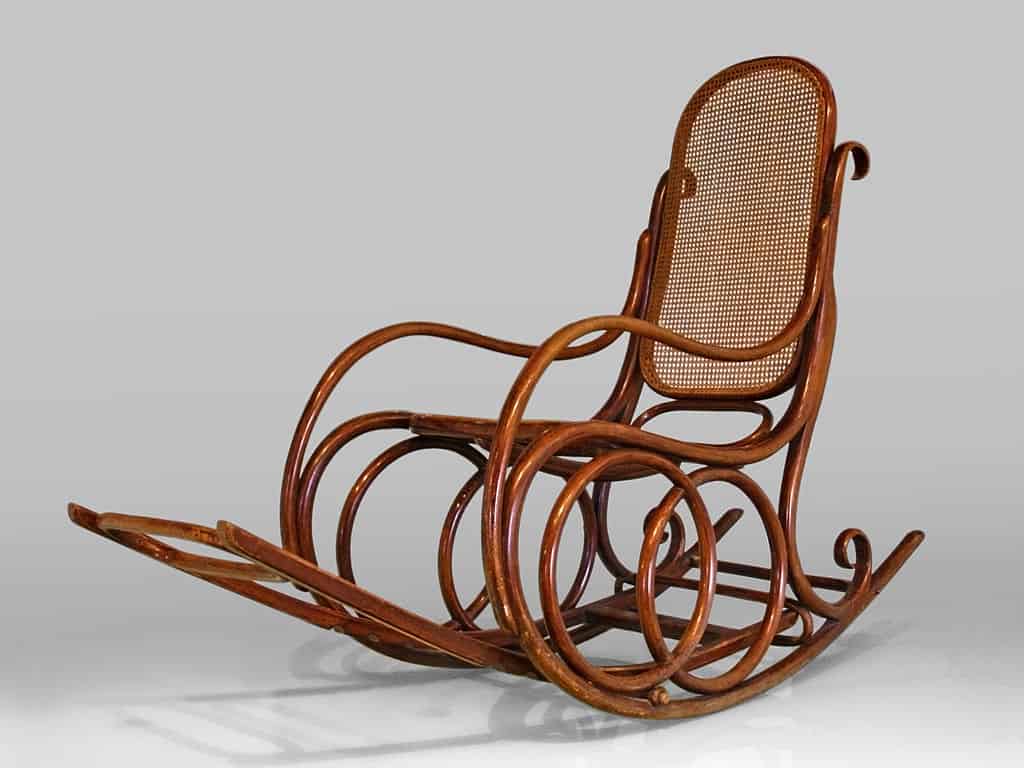 Bentwood rocking chairs were created by Michael Thonet during the 1800s in Austria. This model is down for its plush cushions and swirling frame. To design these eye-catching swirls, the wood segments would be heated, steamed, and then bent into the desired shape – a process that inspired its name.

As its name suggests, this rocking chair folds. First produced in the 1870s, a folding rocking chair’s back would collapse over the seat. This way, it could be easily transported. 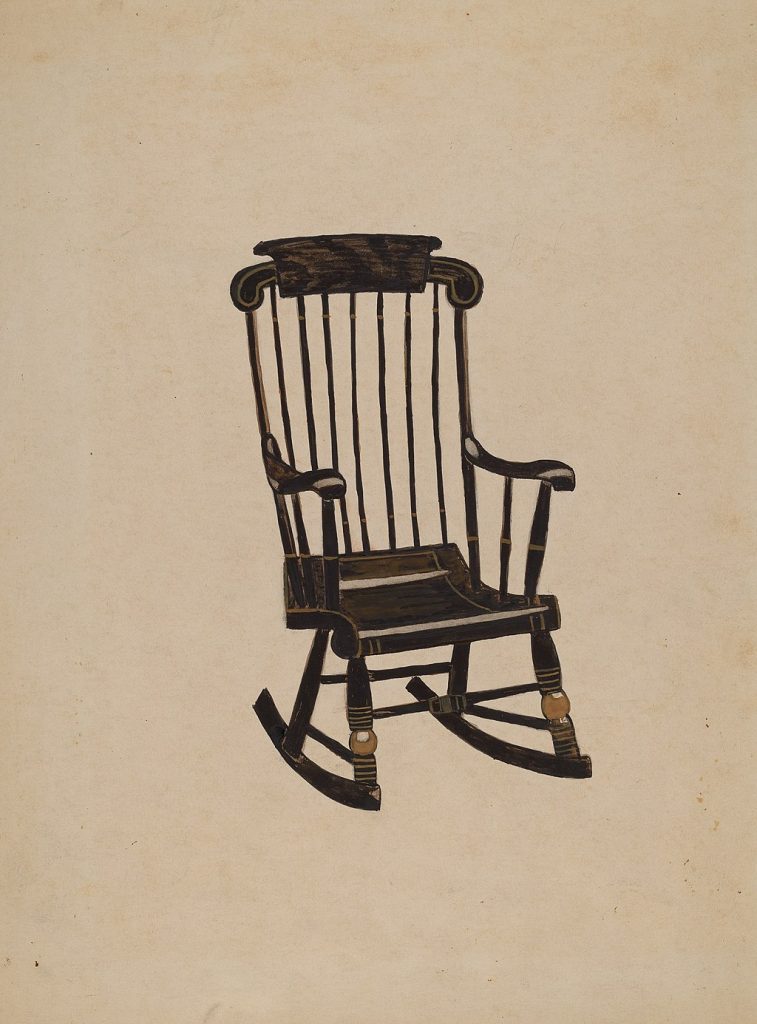 Boston rocking chairs were fabricated by Lambert Hitchcock, a New England-based furniture company. This option has a black oak frame that’s embellished with carved flowers. Its seat slightly curves up to provide better support when sitting. 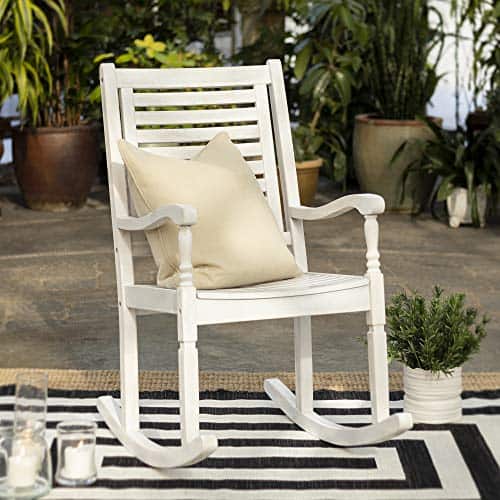 Ladderbacks are the epitome of classic rocking chairs. Featuring a towering back, it uses horizontal beams to keep you upright.

This type of rocking chair was a sought-after design from 1870-1920. Pressed-back rocking chairs have curved bars and a wide backing that has an intricate design. 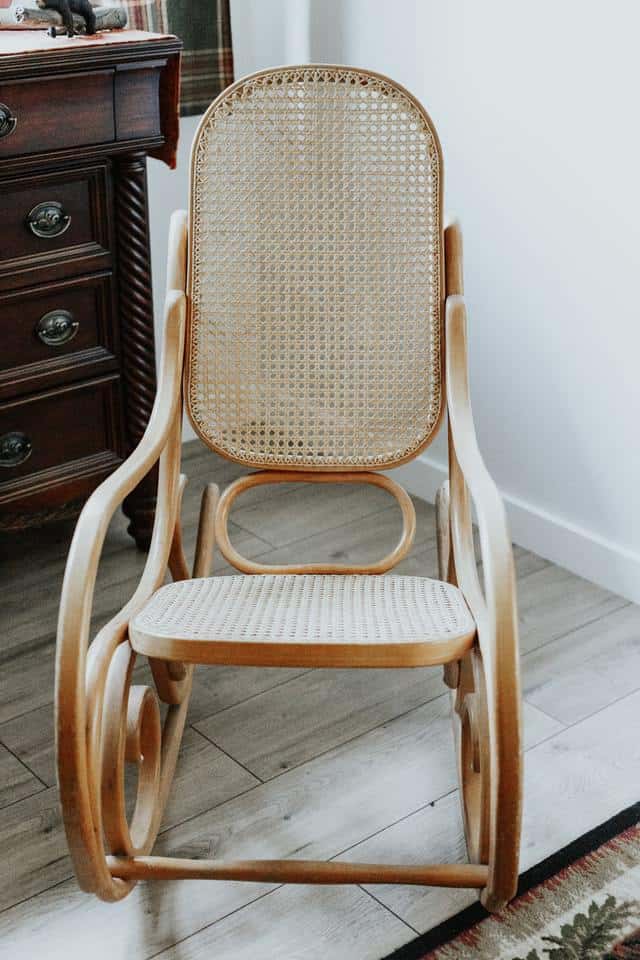 Wicker rocking chairs were a favorite during the Victorian age because they could be customized. This rocking chair uses weaved wicker pieces to create a solid frame. The woven design could be changed to have various thicknesses or shapes based on the customer’s preferences. 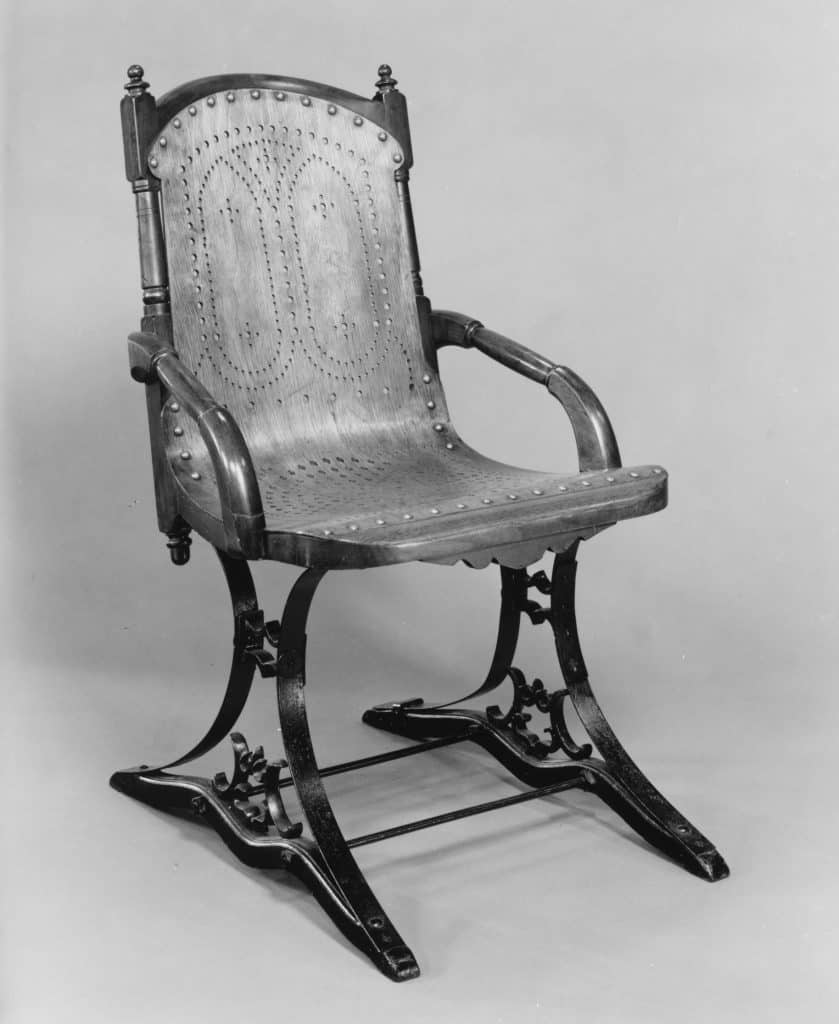 Platform rockers move on a platform beneath it. This helped the chair tilt back and forth evenly. It also prevented it from sliding across the floor as one rocked, a common problem with most rocking chairs.

They were first made in 1888 and came in various designs, such as the Eastlake Platform Rocker. This model featured embedded cushions that often had colorful embroidery.

Is My Rocking Chair an Antique? 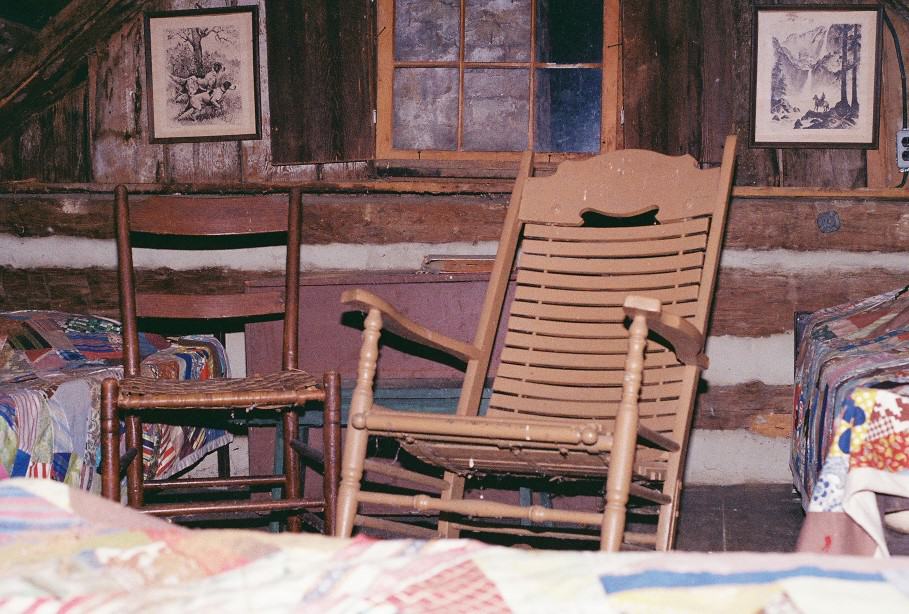 I found this in my attic. Is it antique or just old?

While a rocking chair might look old, that doesn’t mean it’s an antique. Here are a few ways you can identify an heirloom rocking chair.

Check for a Mark

Old rocking chair manufacturers would always leave a unique mark on their chairs. This way, shoppers could identify them from a competitor. Many times, their emblem was carved beneath the seat. Besides their logo, it would also include the production date and location.

Look at the Materials

Antique rocking chairs are made out of wood. Throughout the decades, the type of wood used varied. For instance, in the 1700s, oak and maple were common. In the 1800s, rocking chairs were made with mahogany.

You can also check the finish of the chair. Because synthetic mixtures weren’t available in the early years, old rocking chairs were coated with milk and oil. Some were also rubbed with shellac, a resin that helped bring out the grains. It wasn’t until the late 1800s that varnish was applied.

The joints can tell you a lot about the history of a rocking chair. Some common rocking chair joints include:

By looking at these, you can tell if the rocking chair was handmade or formed with a machine. Most joints that have a slight jagged edge or splinters were usually made by hand. You might also see cuts in the wood left behind by the craftsman from their hand saws or chisels.

You can also tell if a rocking chair is an antique by looking at how the joint is fastened. If it has glue or small wooden pegs, it was probably made in the 1700s. It wasn’t until the late 1800s that screws and bolts were used.

In some cases, handmade nails were used in early rocking chairs. If the nails look square and uneven, the chair probably dates before the 1800s.

Rocking chairs are a favorite symbol of a bygone era. While not as popular as they once were, they can still be seen gracing homes and porches.