Clocks have long been used to help us tell time. During the 14th-century, mechanical clocks were commonly found in monasteries. It wasn’t until the 17th-century that they became more widespread. Because of this, clockmakers strived to produce their own models that could entice potential customers.

Below you’ll discover some of the most desired vintage clock models and how you can identify an authentic one. 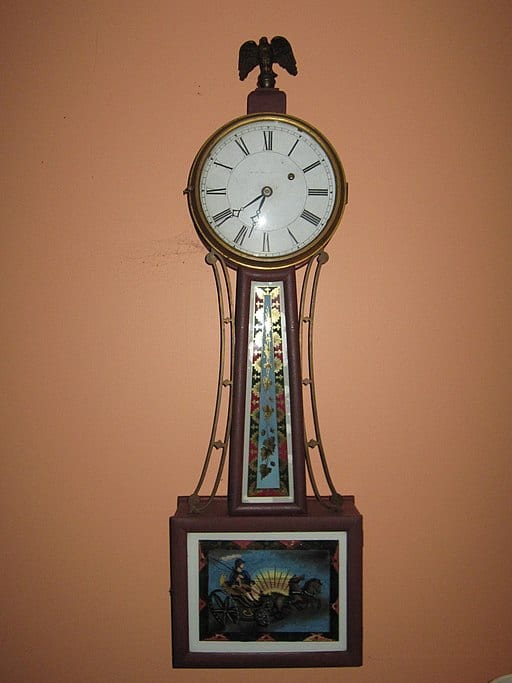 Banjo clocks first hit the market in the early 1800s. Designed by Simon Willard, they are known for their banjo-like appearance. They have a small face that connects to a large base with the help of a slim throat. While popular, only 4,000 models were created by Willard himself. 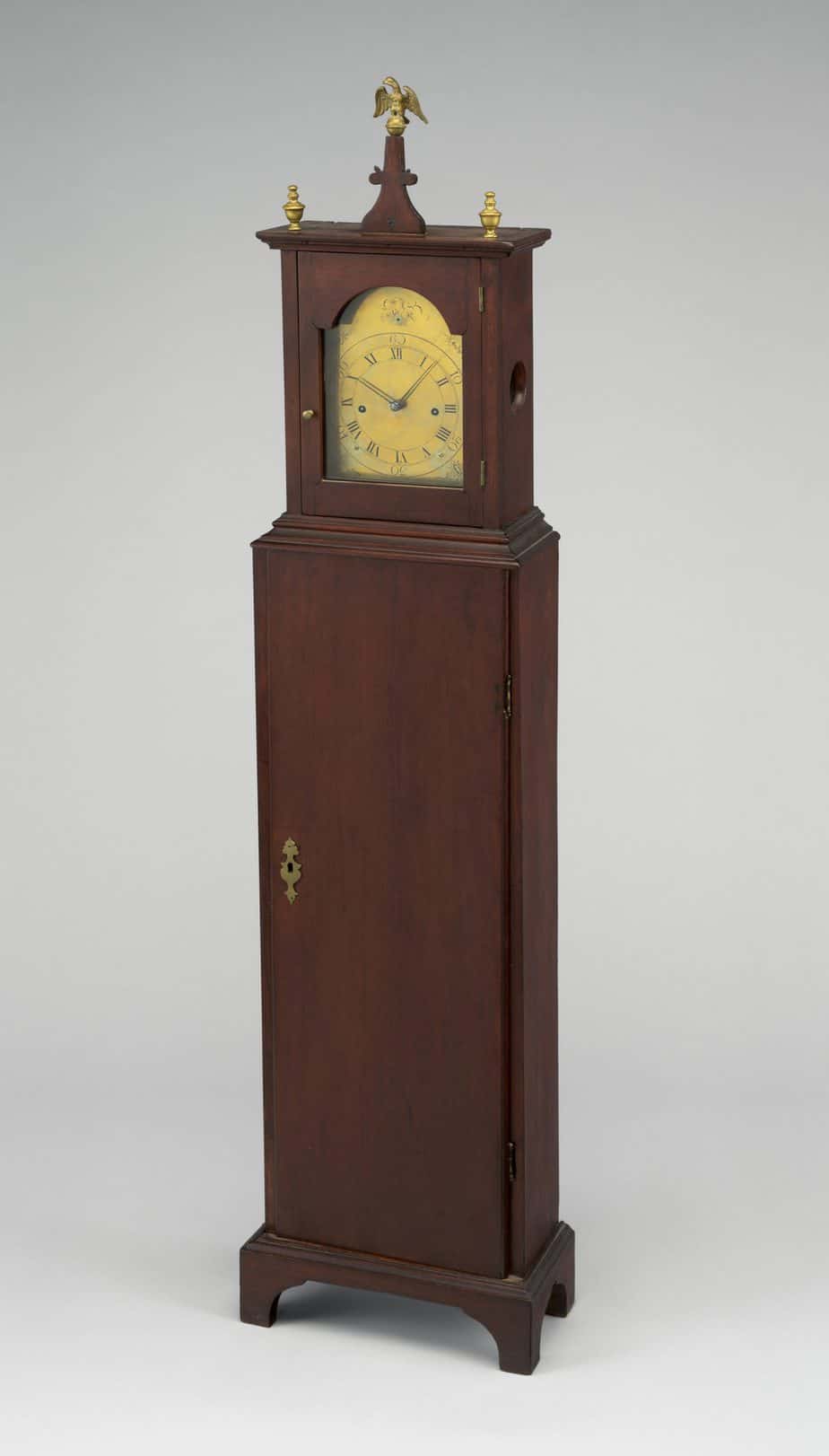 This type of vintage clock measured about four-feet tall. They were meant to copy a grandfather clock, but at a much more affordable price. Most dwarf clocks were constructed out of pine or mahogany.

Tavern clocks were mass-produced in New England during the 19th-century. While there were hopes that this clock would be well-received, they weren’t as accepted as horologists had hoped. This clock features a large face and a long base that holds its gears.

Related: The Waterbury Clock company, a famous New England clock manufacturer, made different models of wall clocks, including tavern clocks, that are still sought after today. 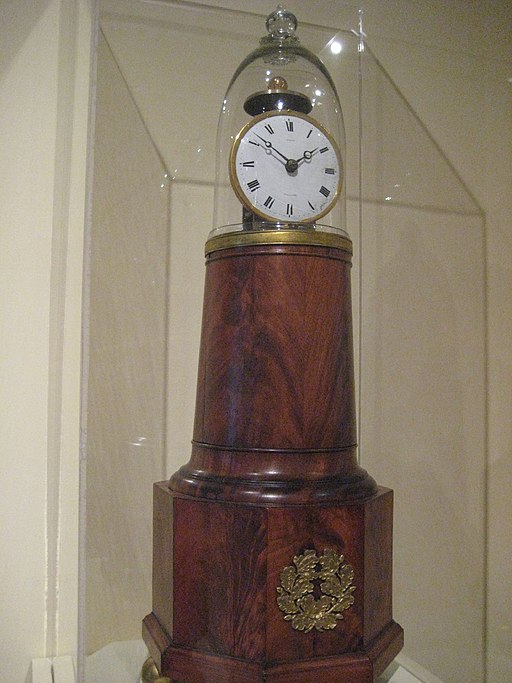 Designed in 1820, lighthouse clocks are one of the rarest antique clocks. They resemble a lighthouse thanks to their curved base and tall glass case that held it in place. Many times, they were adorned with brass mounts.

Grafton wall clocks were another model created by Simon Willard. He aimed to make a compact clock that could easily hide on a wall. Another rare model, each Grafton wall clock features a distinctive design. 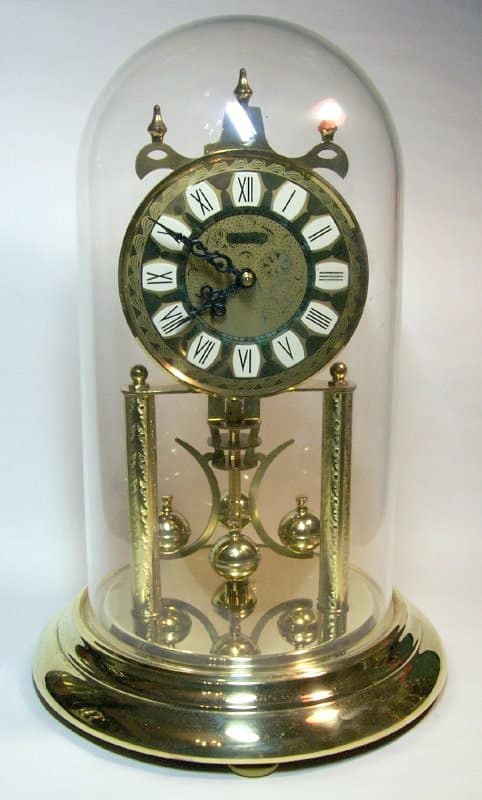 Related: We love collecting vintage timepieces. If you want to get started, you can “start small” – check out our guide to vintage pocket watches, and go deeper with a look at famous historical makers like Hamilton pocket watches and the Arnex watch company. 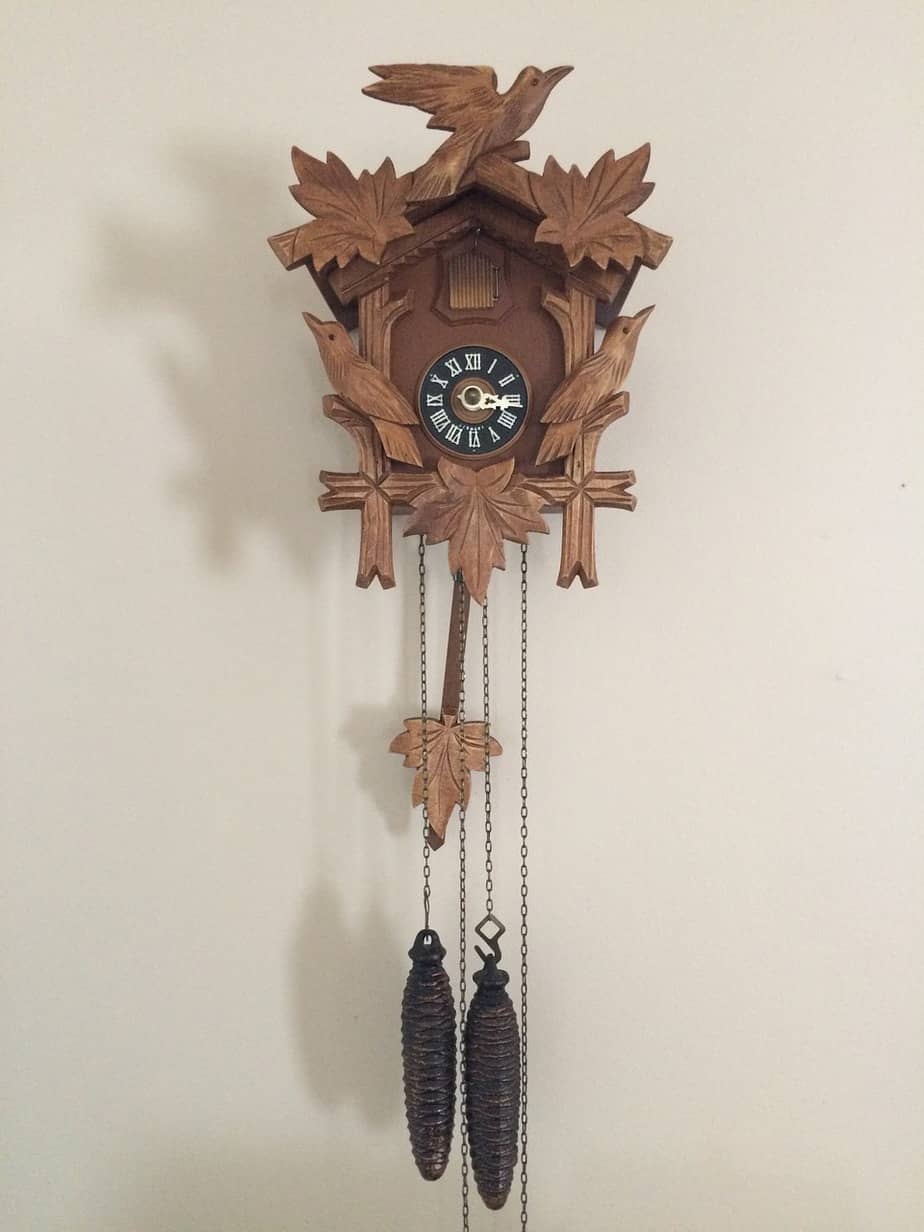 This German design is one of the most identifiable models. When the clock struck a certain time, tiny doors beneath it would open up and a small bird would slide out singing. After a few seconds, the bird would be pulled back inside.

Is My Clock an Antique?

If you’re curious to learn whether or not your clock is an antique, you can use these tips.

Check for a Paper Label

Many old clockmakers would mark their work with a thick paper label. This label included their name or company, the clock model, and the manufacturing date. Besides this, it would also contain instructions for how to rewind it. By checking for a paper label, you can get a better idea of its history.

Keep in mind that because the paper label looks faded or claims to be from a certain manufacturer, that doesn’t mean that it is. Some brands would try to mimic famous ones in hopes of more sales. In addition to this, many are aware of vintage clocks being a sought-after collector’s item and will paste the wrong labels on models.

An easy way to learn if you have a vintage clock is to watch its strike movement. Most vintage models were built with chimes, a bell, or a gong.

Most will sound the noise at certain intervals, such as 15 or 30 minutes. Depending on the model, some might play a simple tune while others will have a long melody.

To hit the chimes, bell, or gong there are small hammers inside. When the desired time has arrived, the hammers will be activated. To ensure that they played at the correct timetable, clock owners needed to rewind them once a week.

Inspect It For Adamantine

Adamantine is a type of veneer that was commonly used during the late 1800s. It was often applied to clocks to give them a rich wood grain or marble appearance. The veneer came in white and black and would be rubbed over the case. Once dried, it would leave behind a vibrant coating.

Look at the Materials

The materials are another important thing to examine. Clocks made of plywood were made after 1905. Models earlier than this were typically constructed out of cherry wood or oak.

Many vintage devices also had clock keys in the back. These circular openings are where a small key would be inserted. When it was secure inside, you’d have to turn it a few times. This would rewind the gears.

You’ll also want to spend some time researching your clock. You can browse the Internet or search for books that could help you identify your model.

If you still have trouble, consider contacting an expert or historian. After asking a few questions, they can usually guide you toward the correct identification. 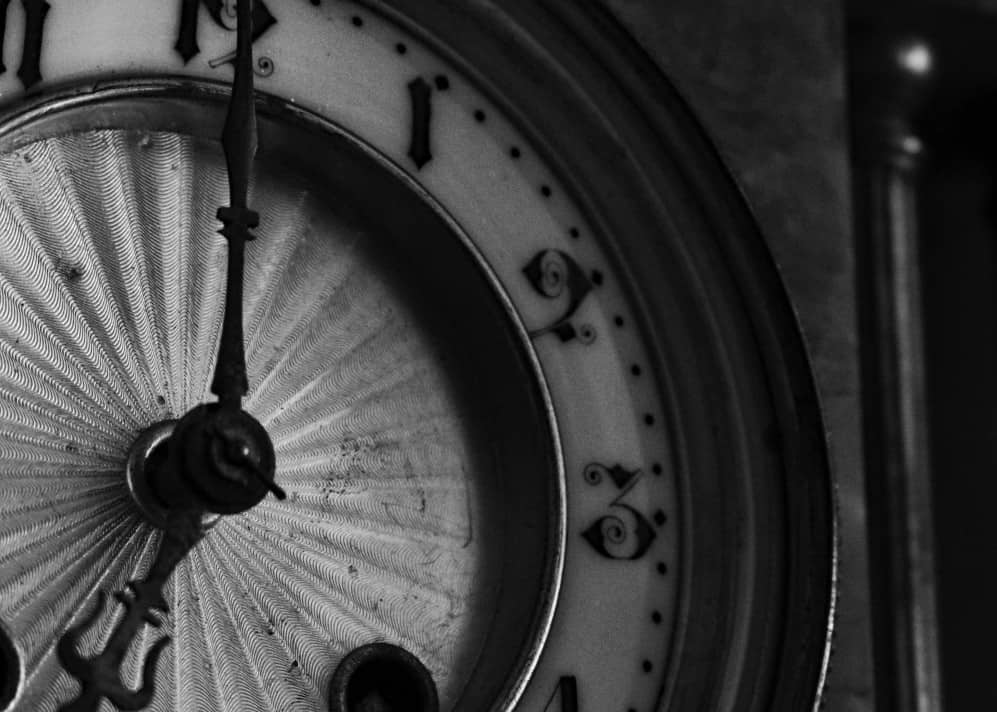 You can use vintage clocks, but you need to use care when doing so.

Remove It From Sunlight

Always keep vintage clocks out of sunlight. If they are placed directly in it, their colors could fade. The intense light could also damage its interior.

Be Diligent at Cleaning It

You also want to make sure to clean the clock. While you’ll need to be very careful, you can take a cloth and wipe it around the body to remove dust. If necessary, you could also use a soft toothbrush to get into corners.

Oiling the gears is important, but only needs to be done every three years. Despite this, it’s an intricate task. If you make one wrong move, you risk ruining delicate parts. However, it’s an important job because the gears will stop moving if they aren’t lubricated. This could cause them to chip and will even misalign certain pieces. If you’re concerned about doing something wrong, it’s ideal to take your vintage clock to a professional who will oil it for you.

The last thing to remember is not to polish any dials because they are very fragile. Modern polishes will damage their exterior and cause them to peel.

Vintage clocks are a collector’s dream thanks to their unique craftsmanship. Because so many are available, it can be difficult to determine the clock model. By keeping these tips in mind, you can easily identify and care for them.